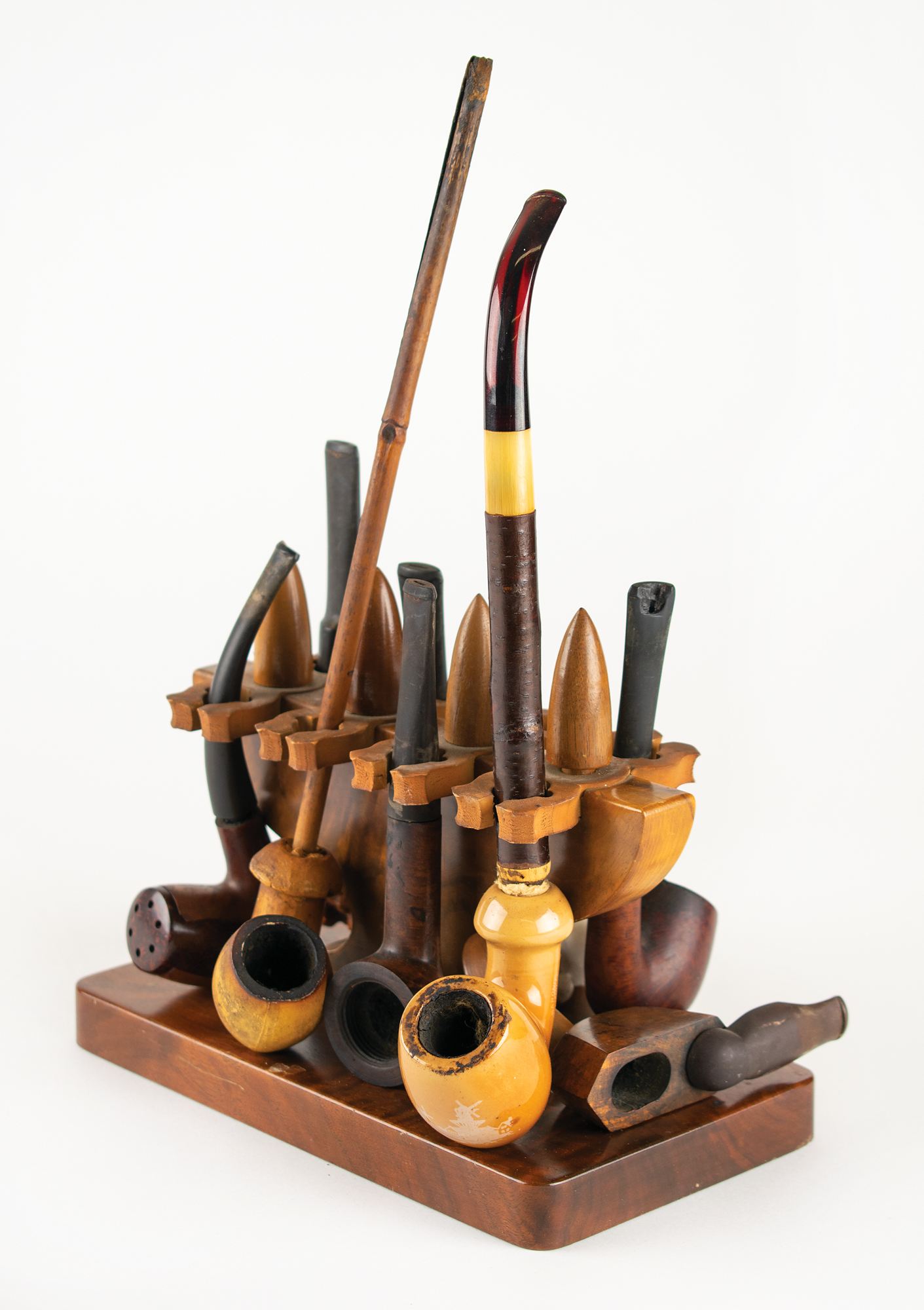 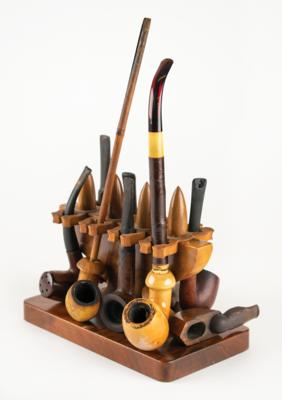 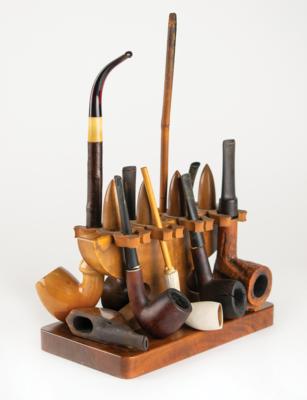 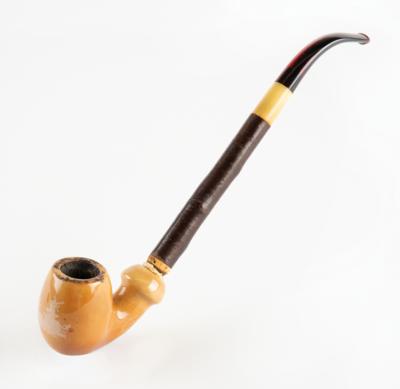 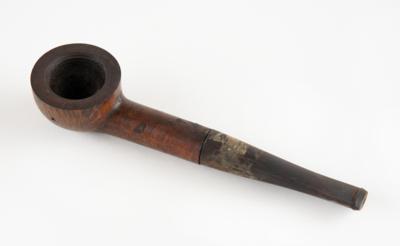 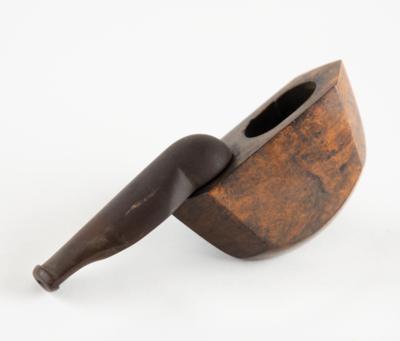 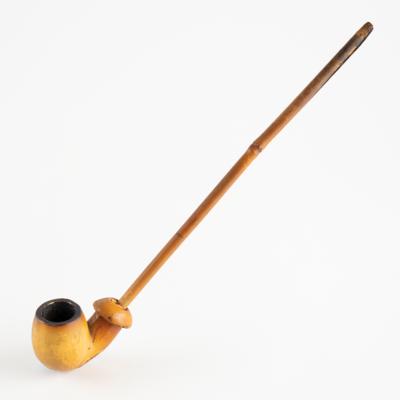 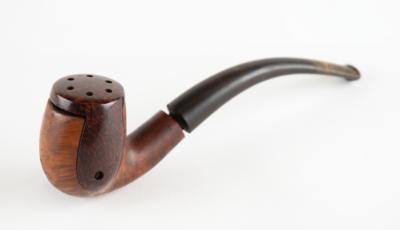 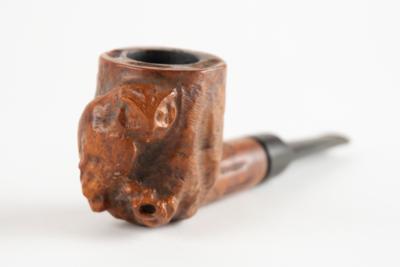 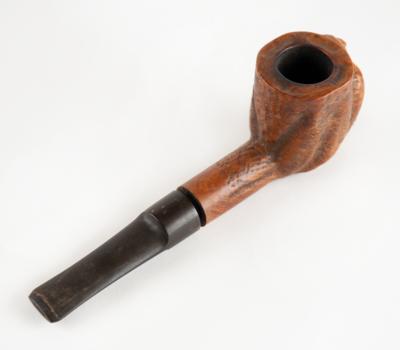 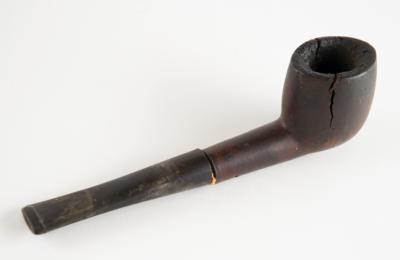 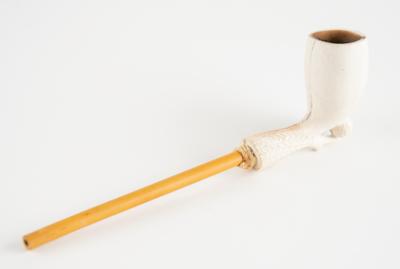 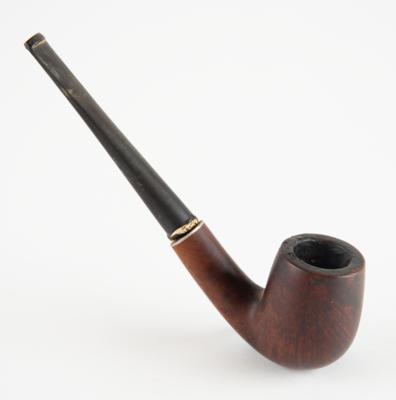 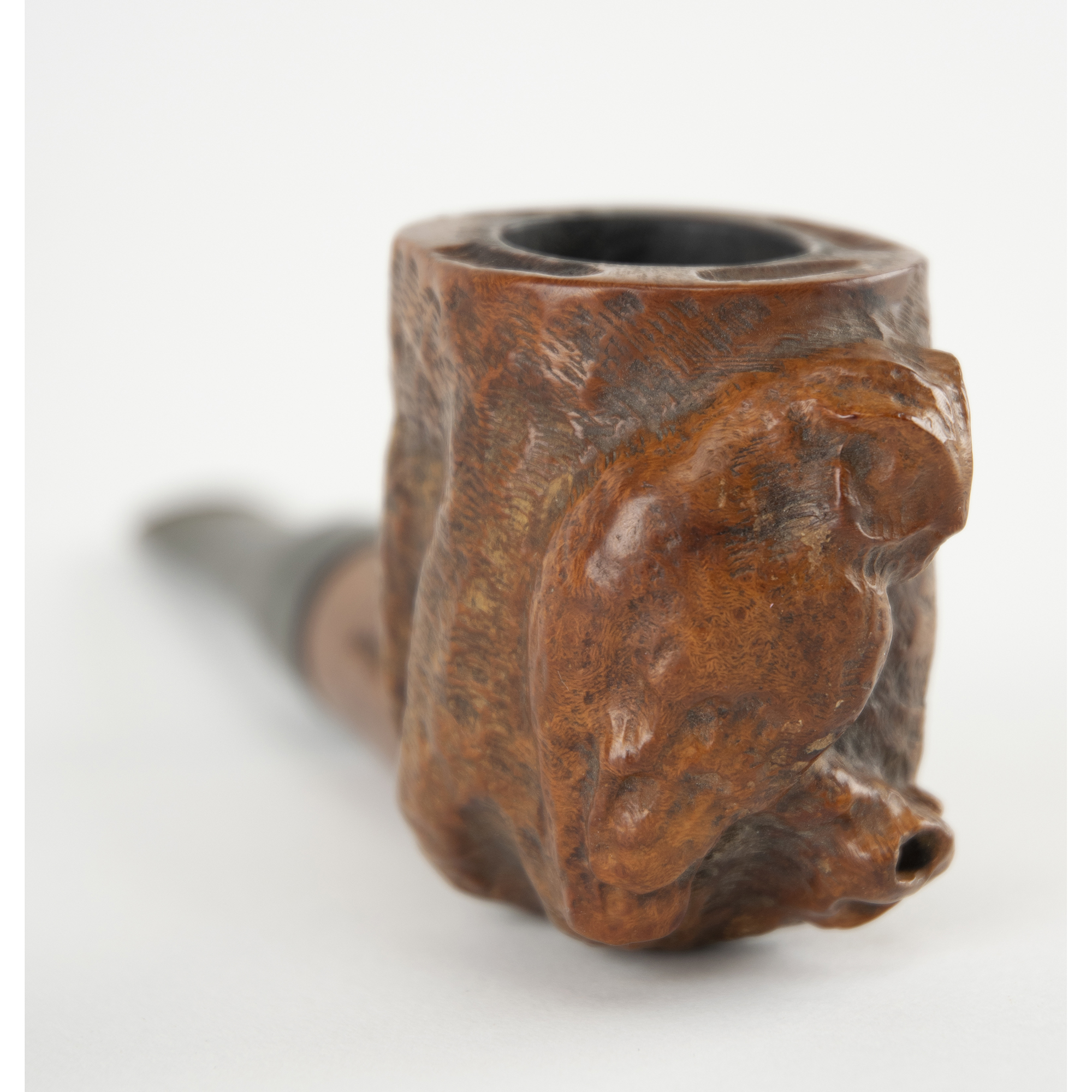 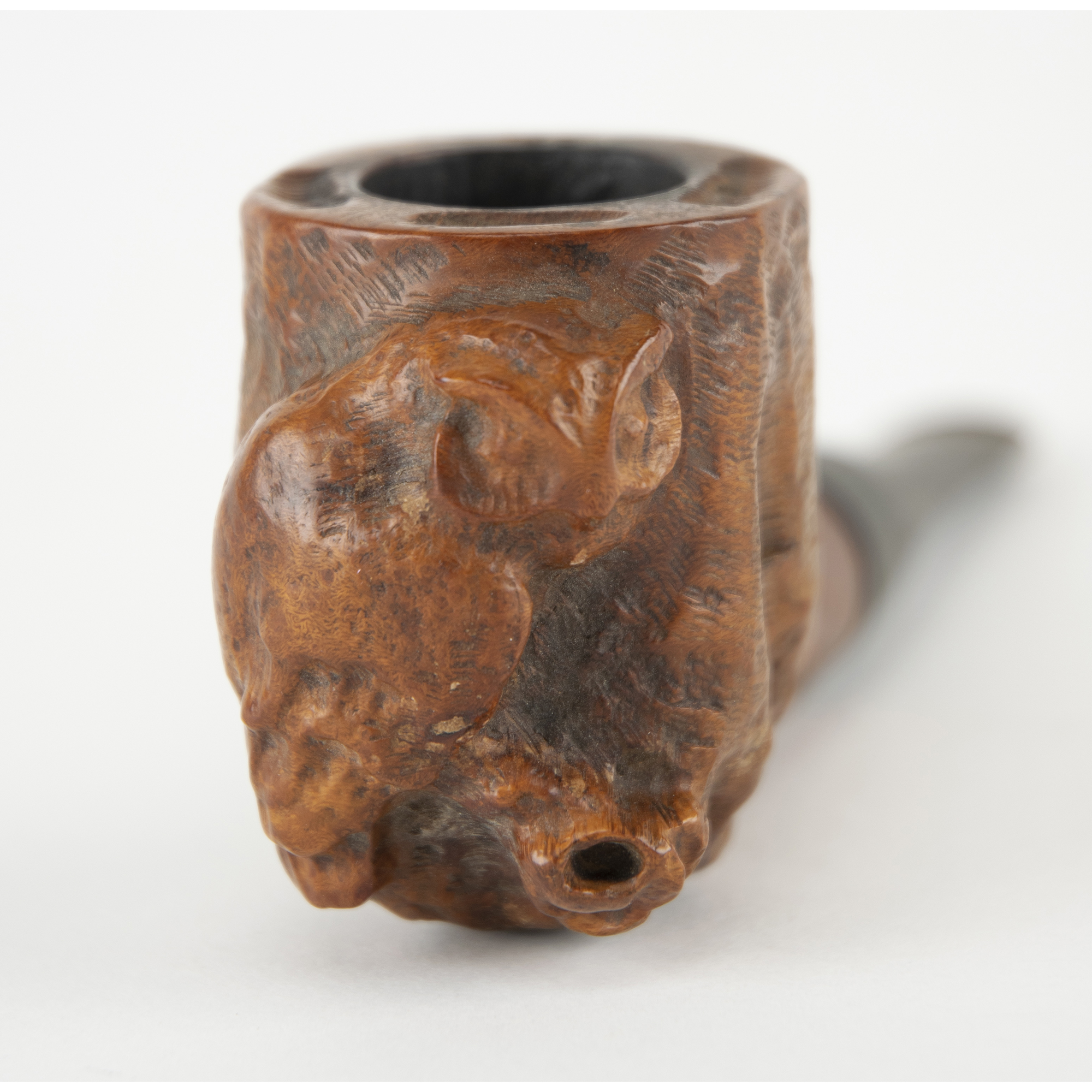 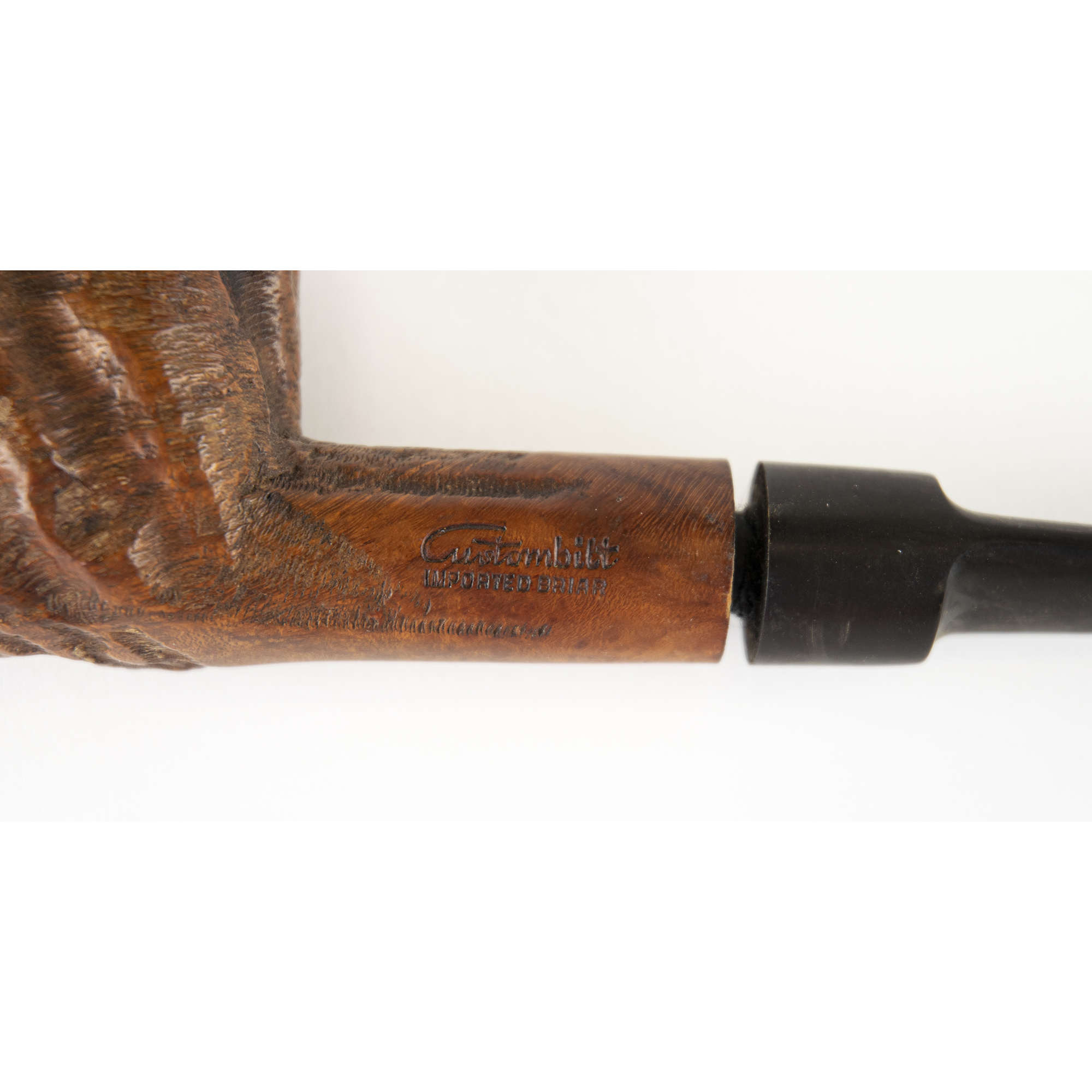 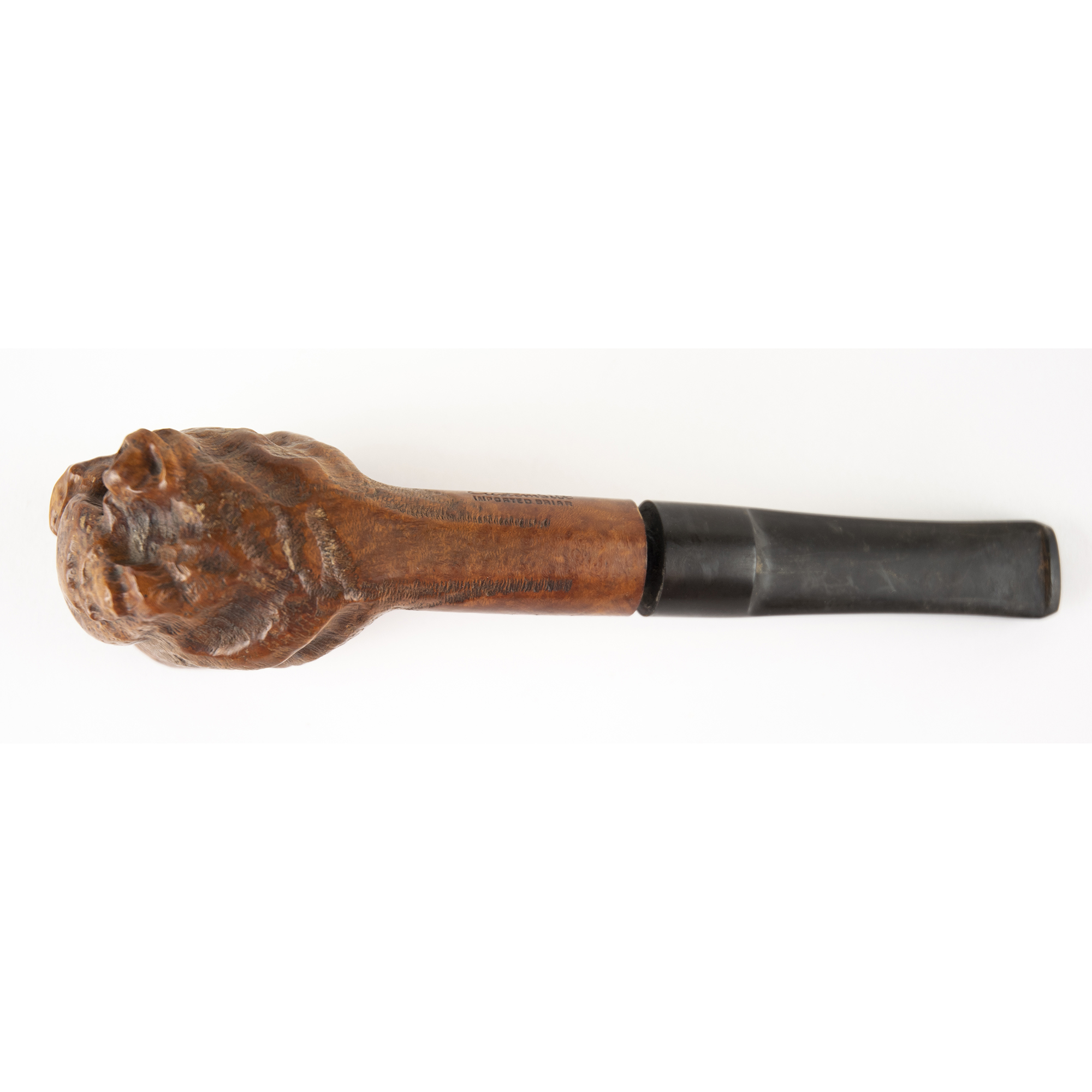 Remarkable collection of nine of Albert Einstein's pipes, with a Jewish menorah-style wooden pipe stand for eight. Pipes measure from 4? to 12? in length, with most featuring briar wood bowls. While the majority are handsome but simple in form, two are quite decorative—one has a carved owl design (perhaps given to Einstein as a gift symbolizing his wisdom), and another white pipe features an intriguing design of a foot kicking a ball. The wooden holder, measuring 8.5? x 4.75? x 7?, has flexible slots to support the stems of eight pipes, and resembles the form of a menorah—a unique and interesting homage to Einstein's heritage. In overall very good to fine condition, with varying degrees of wear from use.

Einstein was well-known for his pipe smoking—other than his messy hair, there may be no more characteristic element of his image than his pipe. Even in later years when he curbed his tobacco use on doctor's orders, he could not bear to give up the tactile experience—he would smokelessly cradle the bowl in hand or clench the stem between his teeth while he did his deepest thinking. Upon joining the Montreal Pipe Smokers Club in 1950, he reportedly said: 'I believe that pipe smoking contributes to a somewhat calm and objective judgment in all human affairs.'

Accompanied by a letter of provenance from the present owner, in full: "My father was employed at the Institute for Advanced Study (IAS), Princeton NJ as a caretaker of real estate properties owned by IAS from 1969 to 1995. Some of these properties were located on Mercer Street, Battle Road, Olden Lane, Maxwell Lane and others when these houses became vacant he would have to clean and prepare them for the next professor to move in. It was in the mid 1980's when he came home with the this pipe collection and the menorah-like wooden pipe stand. My father had built a shelf in our living room to display the pipes and stand. After both my parents had passed on, I had to clean out their home and I kept the pipes."