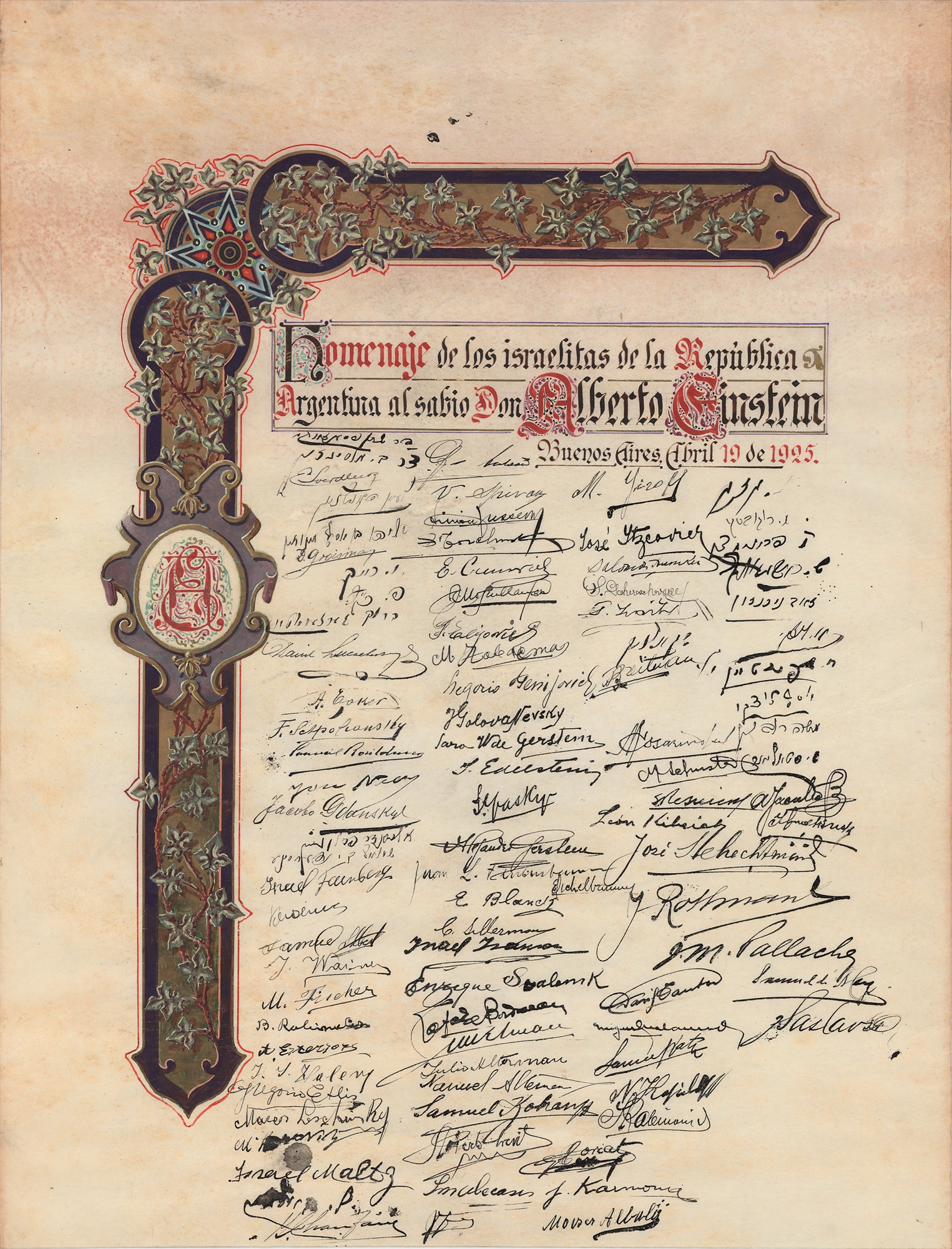 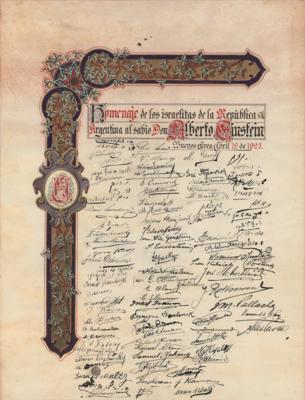 Impressive hand-illuminated honorary diploma awarded to Albert Einstein during his 1925 visit to Argentina, one page, 15 x 19.5, April 19, 1925. Headed in Spanish (translated), "Homage of the Israelites of the Republic of Argentina to the wise Don Albert Einstein," the document features dozens of signatures. Rolled and in fine condition, with some toning to the margins.

In 1922, the University of Buenos Aires Council approved a proposal made by Professor Jorge Duclout, one of the earliest proponents of Einstein's theory of relativity in the Argentine intellectual community, to invite Albert Einstein to Argentina for a lecture series. Dr. Mauricio Nirenstein, the university's administrative secretary, organized the event and three years later, in March-April 1925, Einstein arrived in Buenos Aires. This visit was significant on many fronts—the press covered his pacifist activism, he lectured on physics within academic circles, and the Argentine-Jewish community embraced his presence. Today, the visit may be best known for his unpublished lecture on the epistemology of physics.

Accompanied by a letter of provenance from the present owner, in full: "My father was employed at the Institute for Advanced Study (IAS), Princeton NJ as a caretaker of real estate properties owned by IAS from 1969 to 1995. Some of these properties were located on Mercer Street, Battle Road, Olden Lane, Maxwell Lane and others when these houses became vacant he would have to clean and prepare them for the next professor to move in. It was in the mid 1980's when he came home with the Argentina document made out to Albert Einstein. My father had built a shelf in our living room to the document. After both my parents had passed on, I had to clean out their home and I kept the document."