Sought-after near mint example of Playboy #1, featuring an iconic nude of Marilyn Monroe 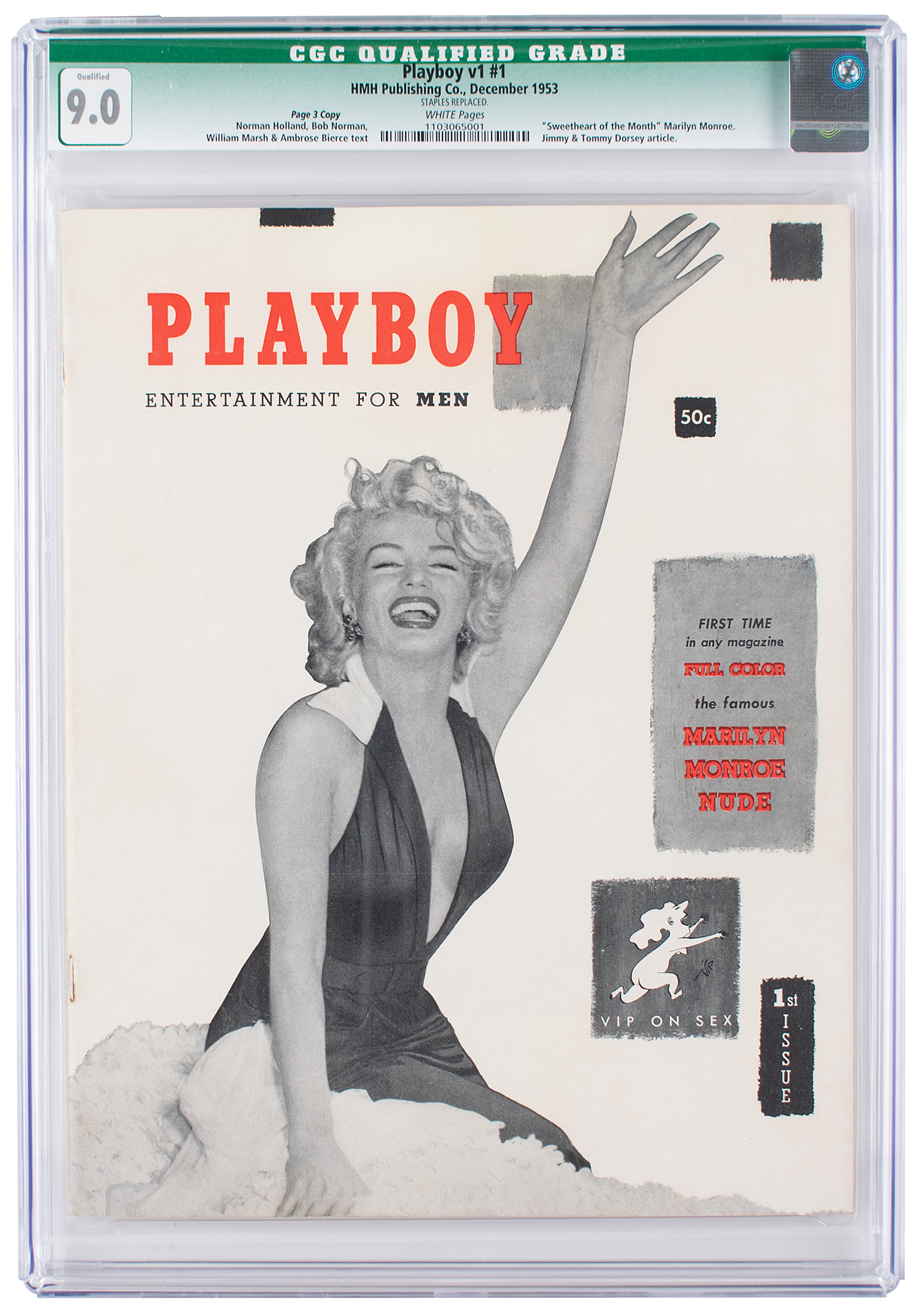 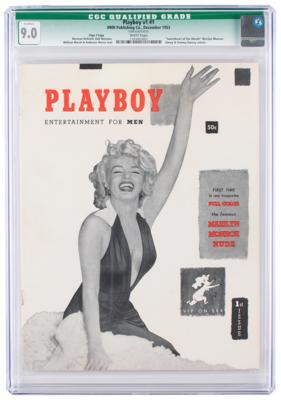 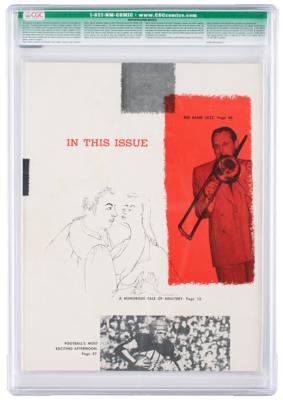 Sought-after near mint example of Playboy #1, featuring an iconic nude of Marilyn Monroe

CGC Qualified Grade 9.0 (staples replaced). Sought-after Playboy #1 'Page 3 Copy' (HMH Publishing Co., December 1953) with white pages, featuring Marilyn Monroe on the front cover and inside. This iconic magazine, which famously features a full-color nude of Miss Monroe (the one and only "Sweetheart of the Month") as the centerfold, launched Hugh Hefner's Playboy into the national spotlight as America's leading magazine for men's entertainment. Of the several variants of Playboy #1—a newsstand edition, a 'Red Star' copy, and a 'Page 3' copy—the 'Red Star' is considered rarest, followed closely by this 'Page 3' edition; the newsstand edition is much more common. The CGC census records only one example of this version graded higher.

Early in 1953, 27-year-old Hugh Hefner, a former staff member at Esquire then employed by Children's Activities magazine, decided to test the waters with a 'new' kind of publication. To that point, men's magazines were typified by a pulpy potpourri of action and adventure fiction, cornball humor, tame, toothless exposés, and low-grade cheesecake pictorials. Hefner, sensing the incipient sea change in American attitudes toward sex—a sophisticated, cosmopolitan openness that lay beneath the veneer of Eisenhower-era propriety—assembled, at his kitchen table, the first issue of what would become one of the greatest success stories in the history of publishing.

The first issue of Playboy, which bore a cover price of 50¢, was anchored by a series of nude 'calendar' photos that had been modeled in the previous decade by struggling starlet Marilyn Monroe. Though the images had been around for years, Hefner's gamble paid off handsomely with more-than-respectable sales of nearly 54,000 copies. Encouraged by this auspicious launch, Hefner made continuous improvements to the magazine, eventually phasing out reprinted material in favor of original fiction (contributed, over the years, by such respected figures as Saul Bellow, Kurt Vonnegut, John Updike, and Joyce Carol Oates), and, more famously, lavishly produced nude pictorials featuring wholesome 'girls next door.' By the end of 1956, Playboy surpassed Esquire as the top-selling magazine of its type and was well on the way to inspiring legions of men to recite one of most durable howlers in the history of dubious claims: 'I get it for the articles!' Because of its uniquely iconic status, and because few of the original purchasers could have predicted the magazine's eventual status as a bona-fide institution, copies of Playboy's first issue have attained status among collectors as the most desirable and sought-after example of any periodical in any genre.