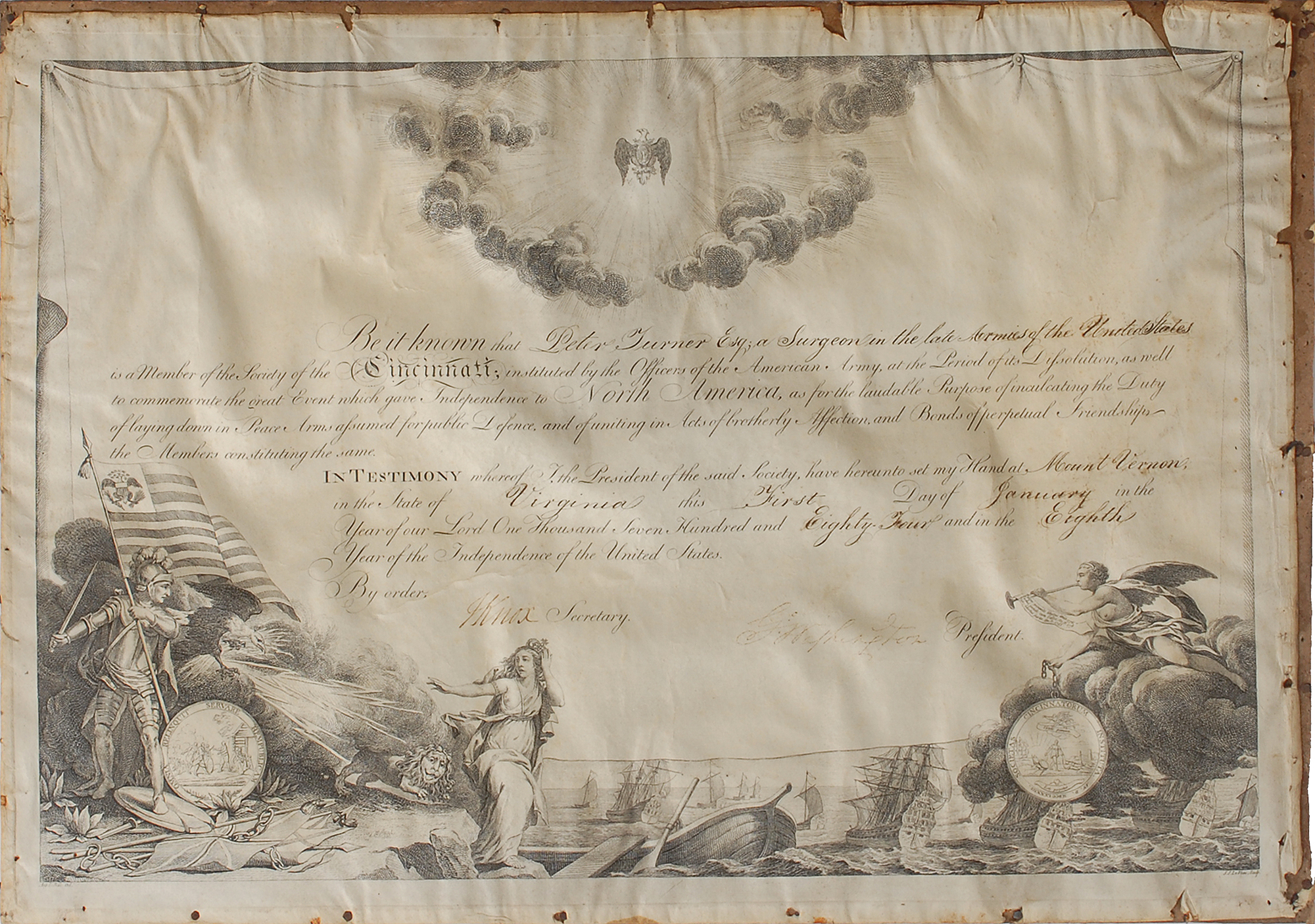 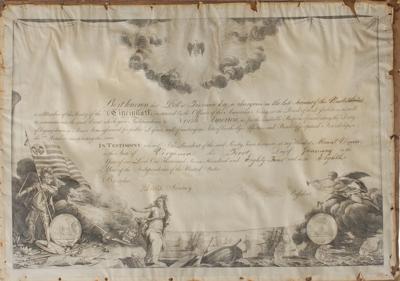 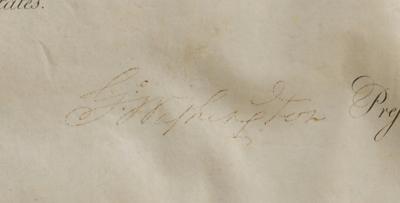 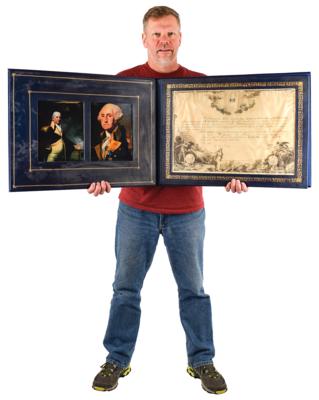 Partly-printed vellum DS, signed “Go: Washington,” one page, 21 x 15, January 1, 1784. A Society of Cincinnati membership certificate issued to Peter Turner. In part: “Be it known that Peter Turner Esq; a Surgeon in the late Armies of the United States is a Member of the Society of the Cincinnati; instituted by the Officers of the American Army, at the Period of its Dissolution, as well to commemorate the great Event which gave Independence to North America, as for the laudable Purpose of inculcating the Duty of lying down in Peace Arms assumed for public Defence, and of uniting in Acts of brotherly Affection, and Bonds of perpetual Friendship…In Testimony whereof I, the President of the said Society, have hereunto set my Hand at Mount Vernon.” Signed at the conclusion by Washington as the Society’s president and countersigned by Henry Knox as secretary. Handsomely custom-bound in a large blue leather slipcased presentation volume, impressively gilt-stamped on the front with a Society of the Cincinnati insignia and ornate border. In very good to fine condition, with overall rippling, and Washington's signature light but entirely legible.

Turner volunteered as a surgeon in the 1st Rhode Island regiment under Colonel Christopher Greene and served for three years, including at Red Bank, Rhode Island, and Valley Forge. The Society of the Cincinnati was founded in May 1783 as an exclusive fraternal organization for officers who had served at least three years in the Continental military, as well as high-ranking officers in the French military. Washington was elected as the first President General of the Society in December of 1783 and served until his death in 1799, when he was succeeded by Alexander Hamilton. Society of the Cincinnati documents are quite rare and represent one of the most desirable formats of all Washington documents available.