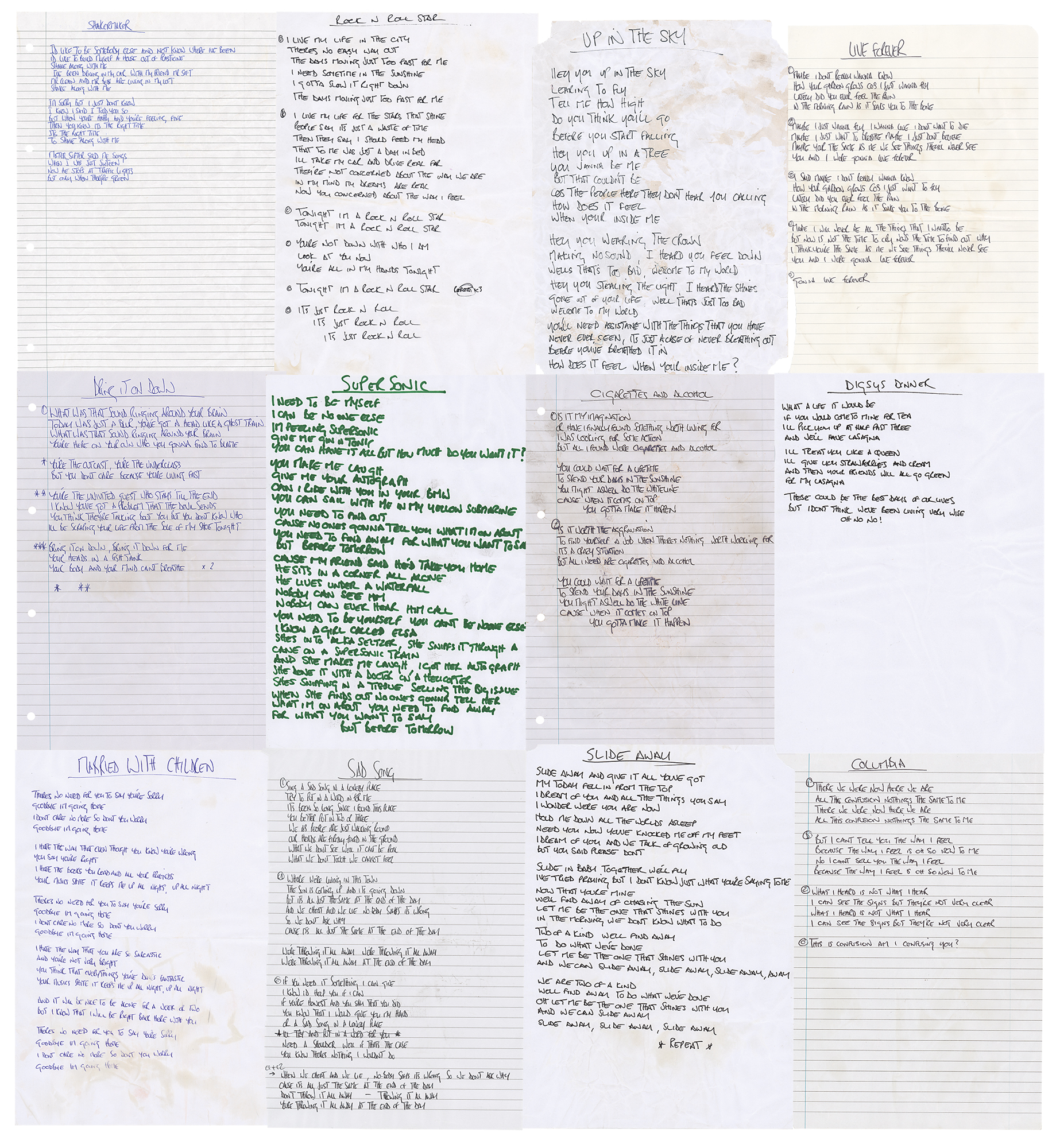 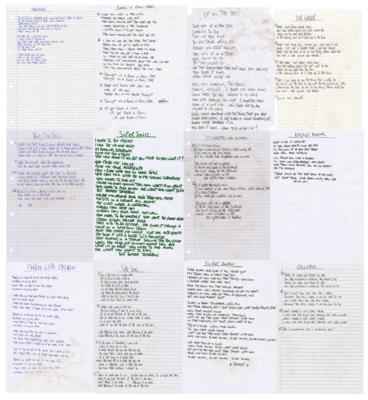 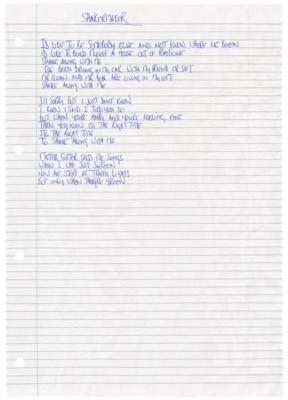 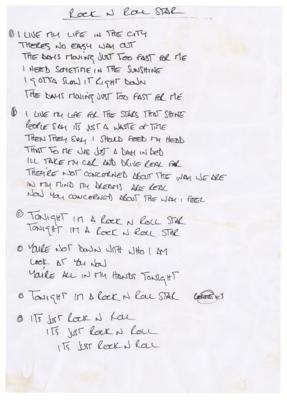 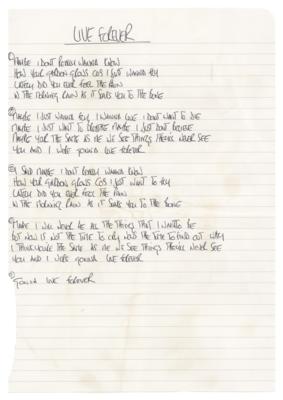 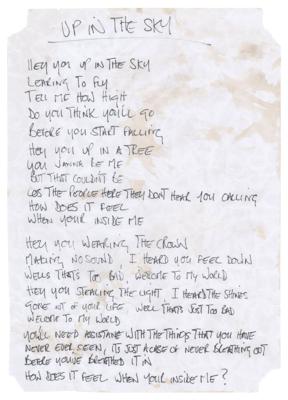 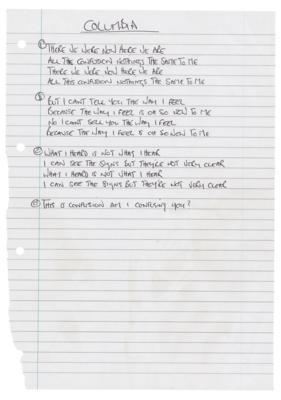 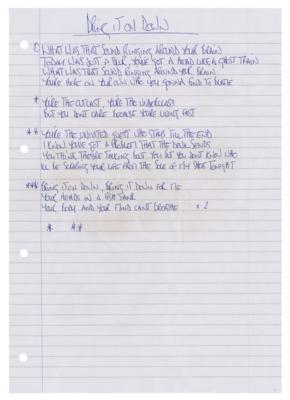 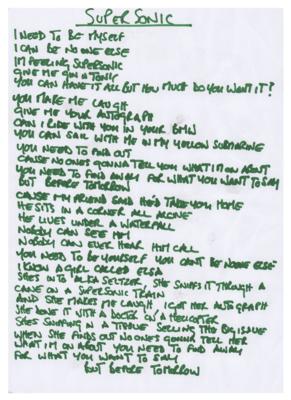 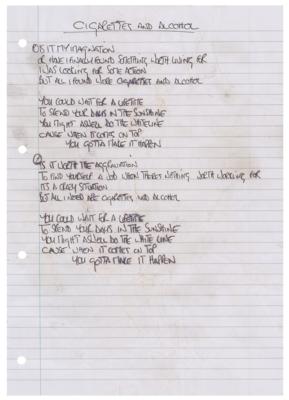 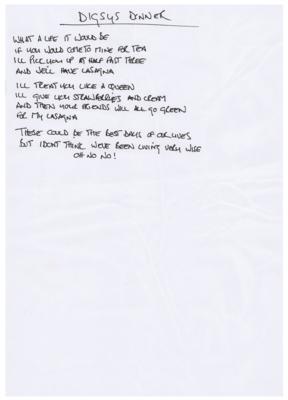 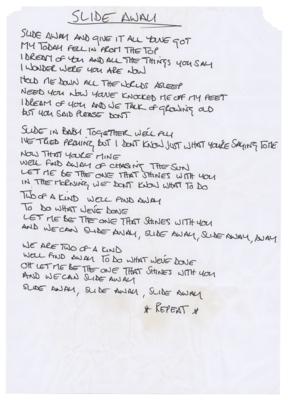 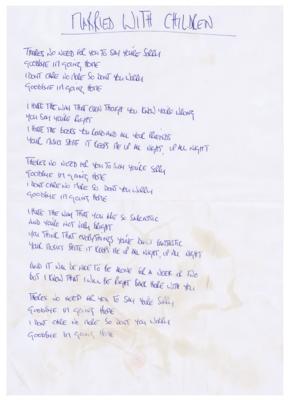 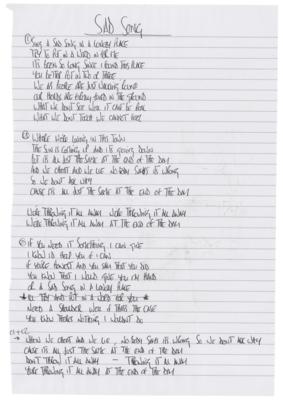 Hugely desirable complete set of handwritten lyrics by Noel Gallagher for Definitely Maybe, the debut studio album from English rock band Oasis. Used in studio for rehearsals and during recording between December 1993-April 1994, the lyrics are penned in various colored ink and felt tip on 12 off-white sheets, each approximately 8.25 x 11.5, and include the following song titles: ‘Rock 'n' Roll Star,’ ‘Shakermaker,’ ‘Live Forever,’ ‘Up in the Sky,’ 'Columbia,’ 'Supersonic,’ 'Bring It on Down,’ 'Cigarettes & Alcohol,’ 'Digsy's Dinner,’ 'Slide Away,’ 'Married with Children,’ and ‘Sad Song.’ In overall very good to fine condition, with overall creasing to all of the pages, small edge tears, some missing corner tips, and occasional staining. Accompanied by certificates of authenticity from Tracks for each individual lyric sheet, as well as one for the entire collection.

Bolstered by hit singles ‘Supersonic,’ ‘Shakermaker,’ and ‘Live Forever,’ Definitely Maybe was an immediate commercial and critical success in the United Kingdom, where it became the country’s fastest-selling debut album at the time. The results were similar overseas, with the album selling over 8 million copies worldwide and almost single handedly revitalizing British pop music in the 1990s. Directly written by the band’s principal songwriter and lyricist, these are the words from the album that made Oasis one of the world’s biggest bands.