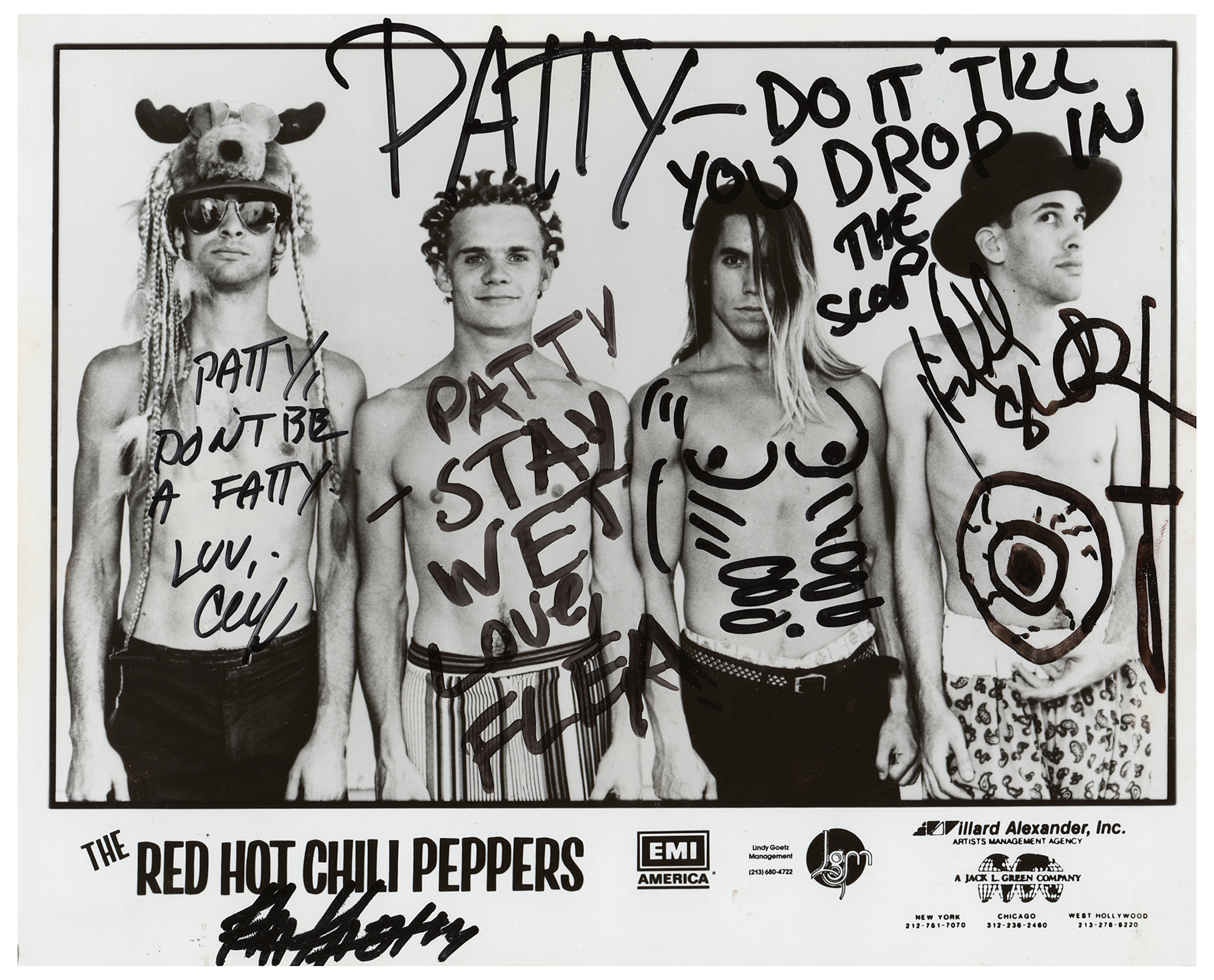 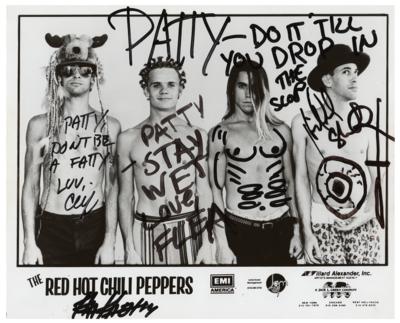 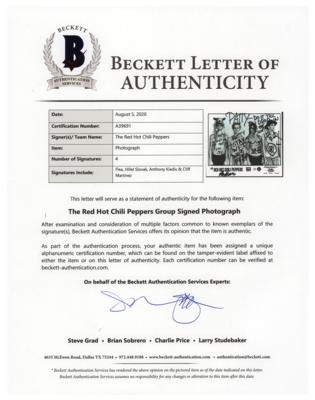 Circa 1985 glossy 10 x 8 EMI publicity photo of the Red Hot Chili Peppers, signed and inscribed in black felt tip, “Anthony Kiedis,” who signs in the lower border and adds muscle lines to his torso, "Patty-Stay Wet, Love Flea,” "Patty, don't be a fatty, Luv, Cliff [Martinez]," and "Patty-Do it 'till you drop in the slop, Hillel Slovak," who draws a bloodshot eyeball and what appears to be a syringe. In very good to fine condition, with scattered light creasing and a few light bends. Accompanied by a full letter of authenticity from Beckett Authentication Services.

The consignor notes that the photo was signed at Tower Records Sunset in Los Angeles, California in 1985, in promotion of the band’s second studio album, Freaky Styley. Per the original recipient: ‘About 25 people showed up for the signing, seriously this was when they were just about to break big. The photo, which is made out to Patty (an old roommate), who didn't find the humor in Flea's ‘Patty-Stay Wet’ or Cliff's ‘Patt, Don't Be a Fatty,’ so she let me keep the photo for the past thirty years and now I'm ready to part with it.’