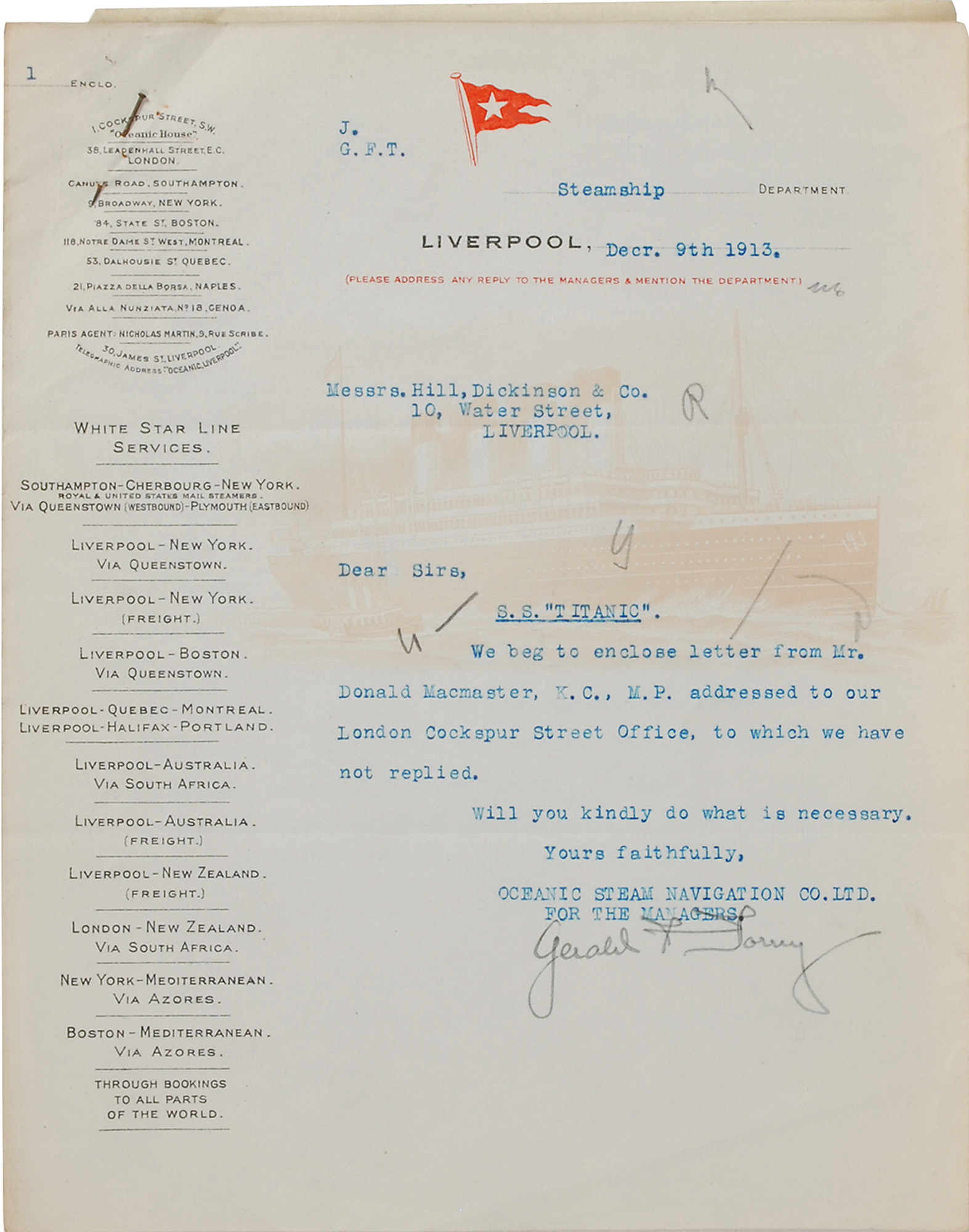 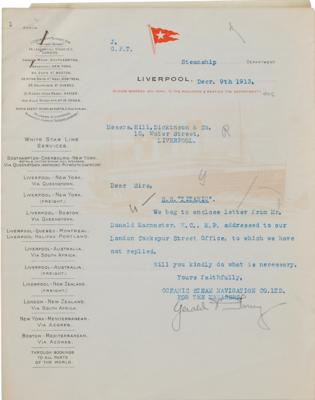 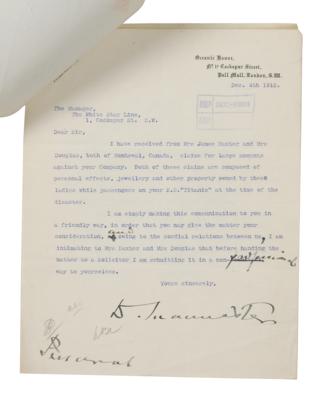 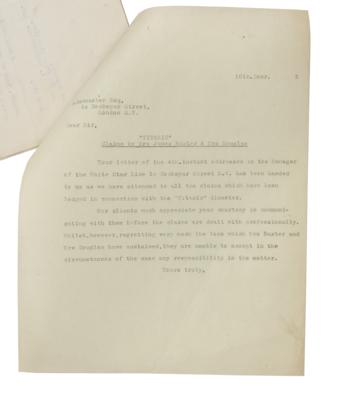 Collection of three letters related to an insurance claim by Helene Baxter for losses in the Titanic disaster, consisting of a letter from her lawyer, a letter by the White Star Line, and a carbon copy of their law firm's response. The initial TLS is from her lawyer Donald Macmaster to the White Star Line, one page, December 4, 1913, in part: "I have received from Mrs. James Baxter and Mrs. Douglas, both of Montreal, Canada, claims for large amounts against your Company. Both of these claims are composed of personal effects, jewelry and other property owned by these ladies while passengers on your S.S. 'Titanic' at the time of the disaster." The White Star Line forwards the letter to their law firm, Messrs. Hill, Dickinson & Co., in a TLS of December 9th, in headed "S.S. 'Titanic,'" in part: "We beg to enclose letter from Mr. Donald Macmaster…to which we have not replied. Will you kindly do what is necessary." The final piece of correspondence is a carbon copy of the firm's reply to Macmaster, in part: "We have attended to all the claims which have been lodged in connection with the 'Titanic' disaster. Our clients much appreciate your courtesy…Whilst, however, regretting very much the loss which Mrs. Baxter and Mrs. Douglas have sustained, they are unable to accept in the circumstances of the case any responsibility in the matter." In overall fine condition.

Helene Baxter was the widow of James Baxter, a wealthy diamond broker and banker whose reputation was marred after he was convicted of embezzlement in the amount of $40,000. Although Mr. Baxter lost much of his fortune and passed away in 1905, Helene was able to maintain a luxurious lifestyle and in 1912 booked passage home from Europe in one of the Titanic's most expensive suites for herself, her daughter (Mary Helene Douglas), and son. Although she and her daughter survived the accident, her son perished; Helene Baxter never recovered from the traumatic effects of the tragedy.