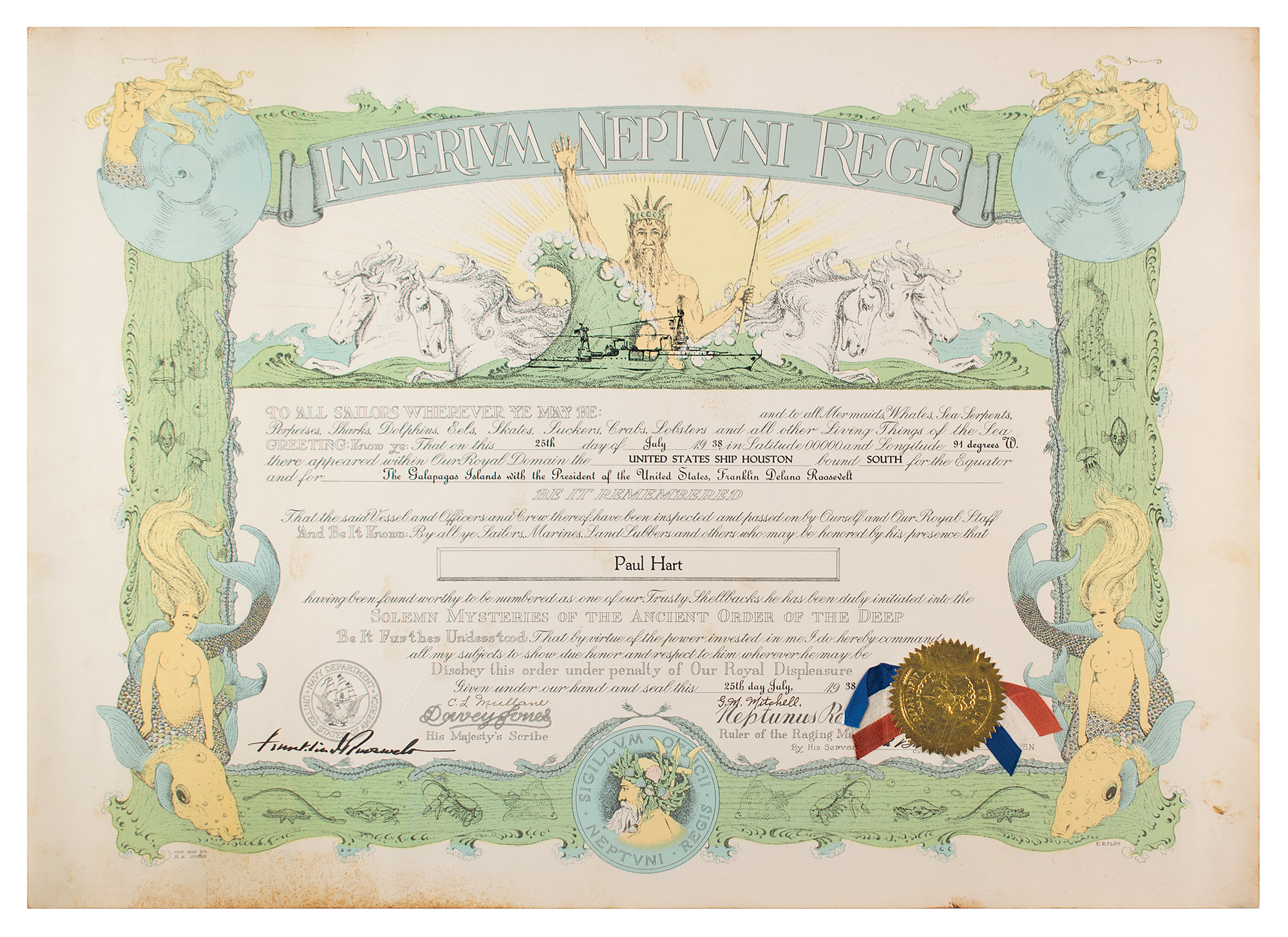 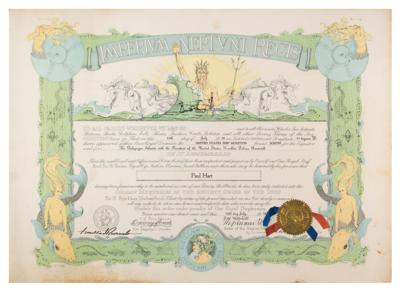 Partly-printed DS as president, one page, 21 x 15, July 25, 1938. Colorful Shellback certificate issued to Secret Service agent Paul Hart, in part: "To all sailors wherever ye may be, and to all Mermaids, Whales, Sea Serpents, Porpoises, Sharks, Dolphins, Eels, Skates, Suckers, Crabs, Lobsters and all other Living Things of the Sea, Greetings. Know ye that on this 25th day of July 1938, in latitude 00000 and Longitude 91˚ W, there appeared within Our Royal Domain the United States Ship Houston bound South for the Equator and for Galapagos Islands with the President of the United States, Franklin Delano Roosevelt, Be it remembered…Albert Peck…having been found worthy to be numbered as one of our Trusty Shellbacks has been duly initiated into the Solemn Mysteries of the Ancient Order of Deep." Signed by "Davey Jones" and "Neptunus Rex" in type, and in fountain pen by Roosevelt just below the printed Navy Department seal on the left. Also signed "C. L. Mullane," "G. M. Mitchell," and "G. N. Barker" (beneath the seal). The foil seal and ribbon to the lower right remain intact. Tightly rolled and in very good to fine condition, with some staining in the borders.

In July of 1938, after conducting a Fleet Review off San Francisco on board the USS Houston, Roosevelt stayed aboard and headed out to sea for a fishing trip off the Galapagos. It was on this, his third trip aboard the Houston, that he got the opportunity to officiate an elaborate Shellback ceremony commemorating Hart's first trip across the equator, when he went from being a 'Pollywog' to being a 'Shellback.' Having reached this milestone, he was presented with this certificate. Historically, a Shellback ceremony has been a rite of passage celebrating a sailor becoming a more experienced seaman and involves various methods of hazing. This certificate was signed by FDR when he was at the helm of the hijinks officiating not as president, but as 'Senior Shellback.'