Rare handwritten letter by Mattioli, long thought to be the 'Man in the Iron Mask,' 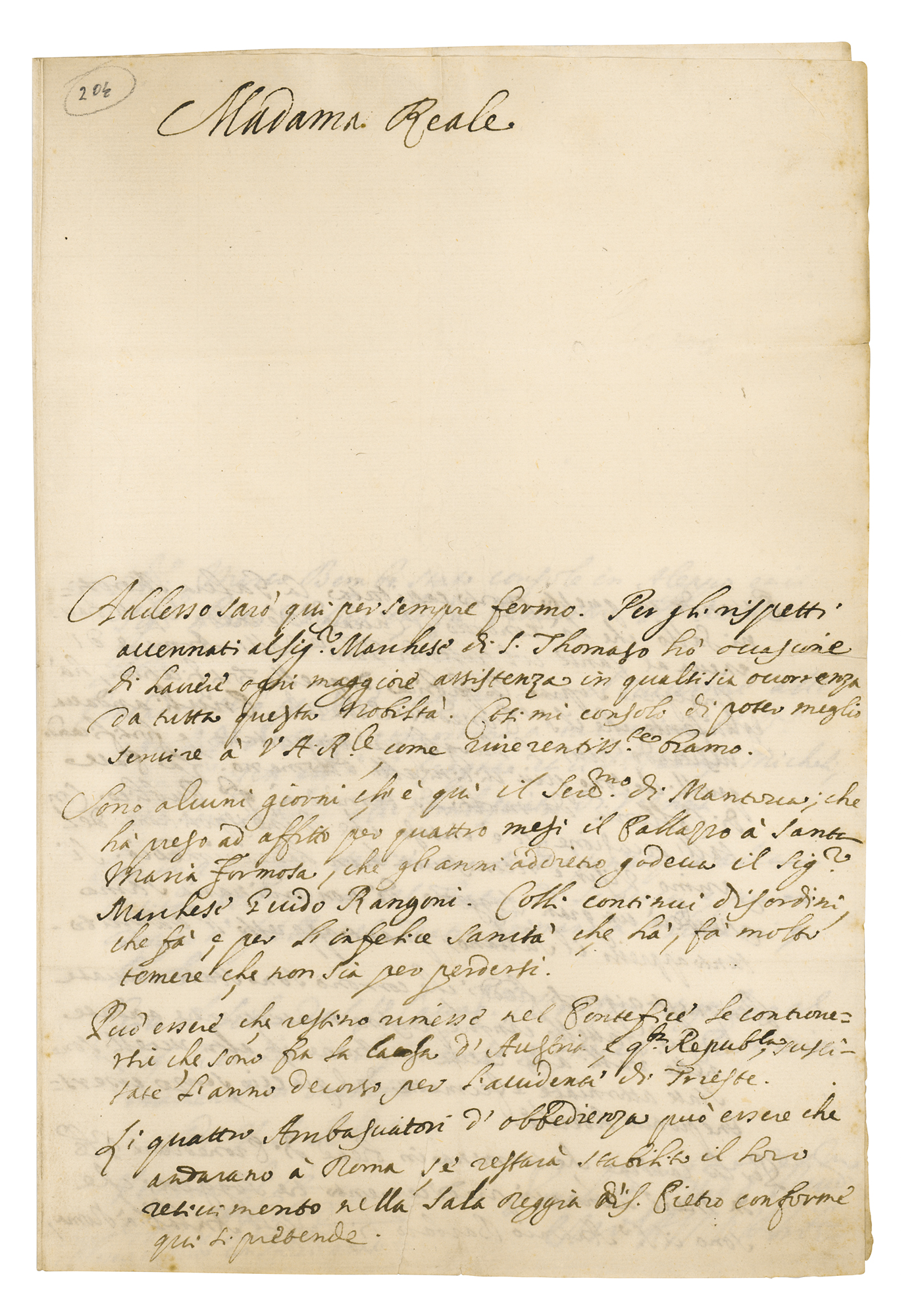 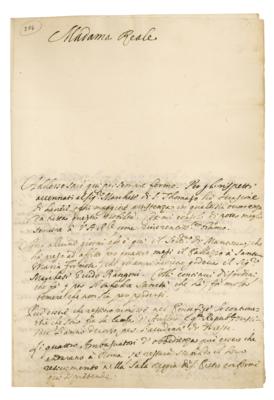 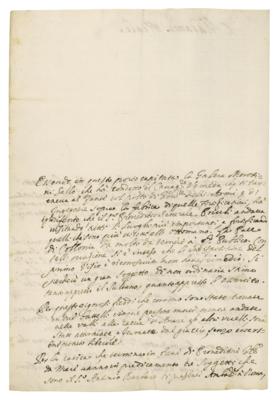 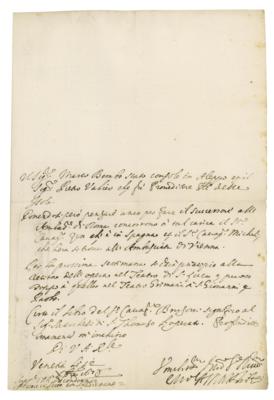 Rare handwritten letter by Mattioli, long thought to be the 'Man in the Iron Mask,'

Italian politician (1640-1694) who was a minister of Duke Charles IV of Mantua. Kidnapped and imprisoned by Louis XIV of France, he was once thought to have been the infamous 'Man in the Iron Mask.' ALS in Italian, three pages on two adjoining sheets, 8 x 11.5, December 12, 1676. Handwritten letter to "Madama Reale" [Italian equivalent of the French madame royale; in this case, a title used by Marie Jeanne Baptiste of Savoy-Nemours, duchess and regent of Savoy], concerning political and military matters. In full (translated): "Now I will be established here for always. As a consequence of the respect paid to the Marquis of S. Thomaso, I have the opportunity to obtain every meaningful help from all of this nobility on any occasion. I thus comfort myself that I will be better able to serve Your Royal Highness, as I most reverently pray.

His Most Serene Excellency of Mantua has been here for some days. He has taken a four-month lease on the palace at Santa Maria Formosa that Marquis Guido Rangoni enjoyed in previous years. He continues to grow deaf; for that reason and on account of his unfortunate health, it is much to be feared that we will lose him.

It may be that the disputes that arose this year between the House of Austria and this Republic on the subject of Trieste will end up being referred to the pope.

The four ambassadors for the embassy of obedience may go to Rome if agreement is reached on their reception in the Sala Reggia of Saint Peter’s, as is being demanded here.

When the Morotini Sallo galley arrived in this port under the command of Cavaliere Vemeda, who was at Zakynthos as military commander [Governatore delle Armi] and engineer in charge of the maintenance of those fortifications, he said that the superintendent-general of Friuli [Proveditore Generale Friuli] was making an inspection tour of all the most important places and fortifying those closest to the Ottomans. The grapeshot in Poland has caused a great deal of fear among this public. In this connection, the report is that the illness of the first vizier has been acknowledged to be without remedy. A great subject, the recipient of no ordinary esteem both from the sultan and from the army, will be lost.

As a consequence of this severe cold weather we are having, five persons who were going out to hunt ducks and other birds in the valleys have been found dead in two boats. They were surrounded and shut in by the ice, without being able to free themselves.

As this also gives rise to thoughts of naming a successor to the ambassador in Rome, however, the competitors for that post are Cavaliere Zen, who is in Spain, and Cavaliere Micheli, who was posted to the embassy in Vienna.

With regard to Cavaliere Brisoni’s book, I am informing the Marquis of S. Thomaso what has been done." He adds a brief postscript: "I ask Your Royal Highness’s forgiveness, as I am in bed with a cold." In fine condition, with a short tear to the bottom edge of the first page.