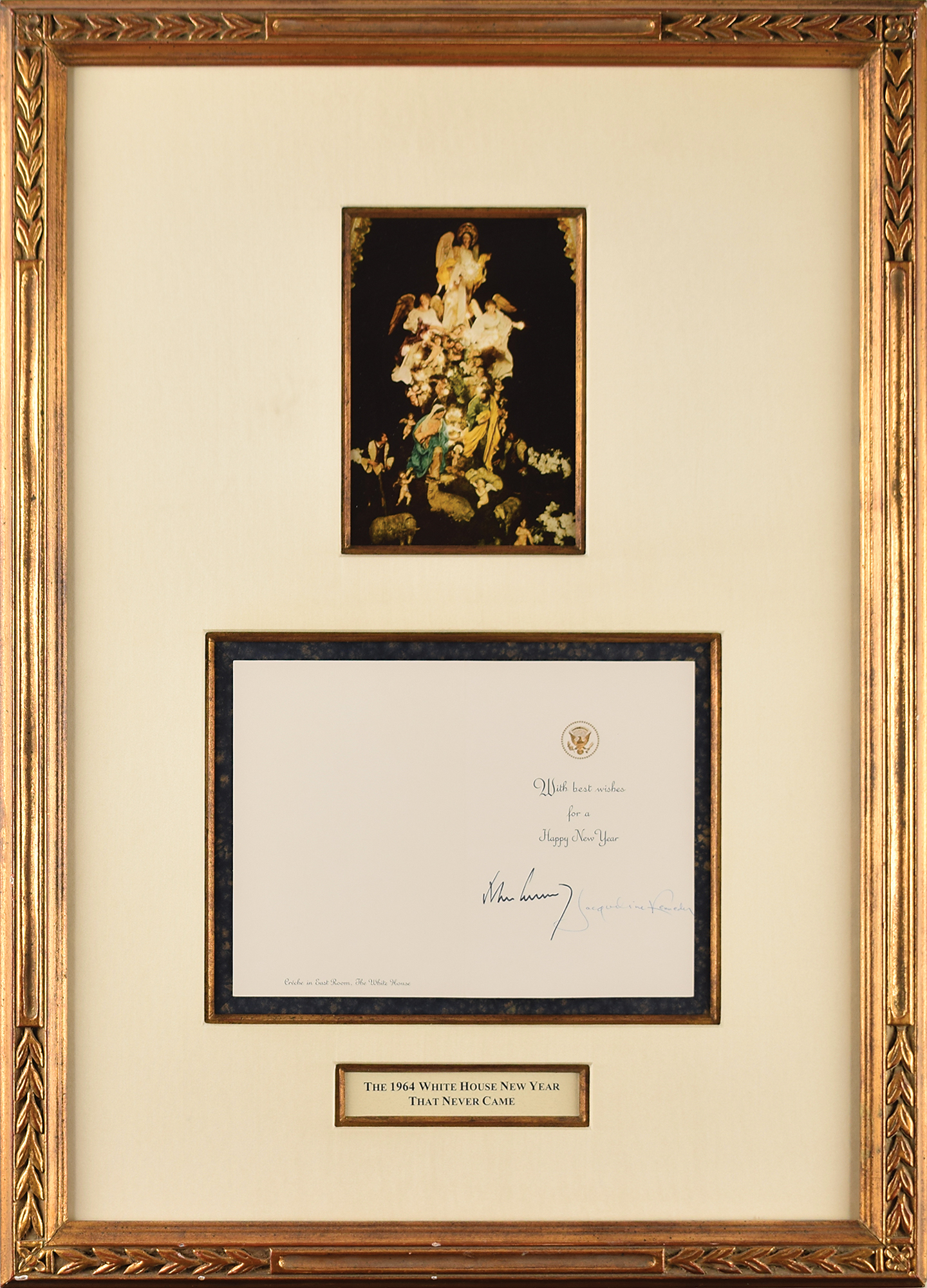 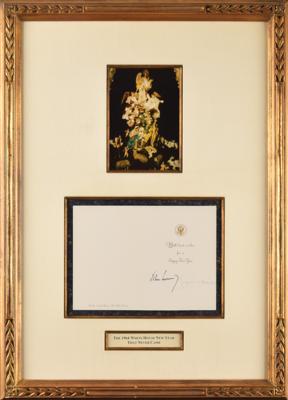 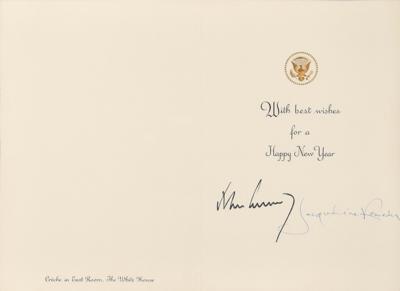 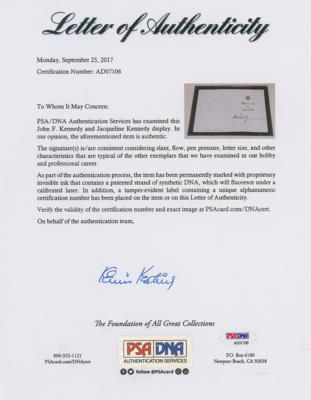 Exceedingly rare official Hallmark card issued during the 1963 holiday season, featuring an image of a nativity scene on the front, measuring 9 x 6.5 open, signed inside in bold ink as president, "John Kennedy," and as first lady, "Jacqueline Kennedy." The image on the front is identified as "Creche in East Room, The White House," and a gilt-embossed presidential seal and engraved holiday greeting appear above the signatures, reading: "With best wishes for a Happy New Year." Handsomely mounted, matted with an image of the front and a small nameplate ("The 1964 White House New Year That Never Came"), and framed to an overall size of 18 x 25. In very fine condition. Accompanied by full letters of authenticity from PSA/DNA and SGC.

According to Mary Evans Seeley's book Season's Greetings from the White House, Hallmark published over 2,200 White House holiday cards bearing the printed sentiment 'With our wishes for a Blessed Christmas and a Happy New Year,' 1,500 of which featured facsimile signatures of President and Mrs. Kennedy, with another 700 ordered without signatures. A letter dated November 14, 1963, from Hallmark V. P. Jeannette Lee, informed Maj. Gen. C.V. Clifton, Jr., Kennedy's military aide, that 500 of the unsigned cards would be shipped directly to the White House, awaiting the President upon his return. After attending a test launch of a Polaris missile at Cape Canaveral and then flying south to Palm Beach on November 16th, President Kennedy made speeches in Tampa and Miami and returned to Washington around midnight two days later on November 18th; the 500 blank cards having already arrived and awaiting his signature. With its noticeable lack of a Christmas mention, this scarce variant of the holiday card was either signed November 19th or 20th, just days before the Kennedys made their fateful trip to Dallas. A truly rare card further enhanced by its autographs of both the President and the First Lady.