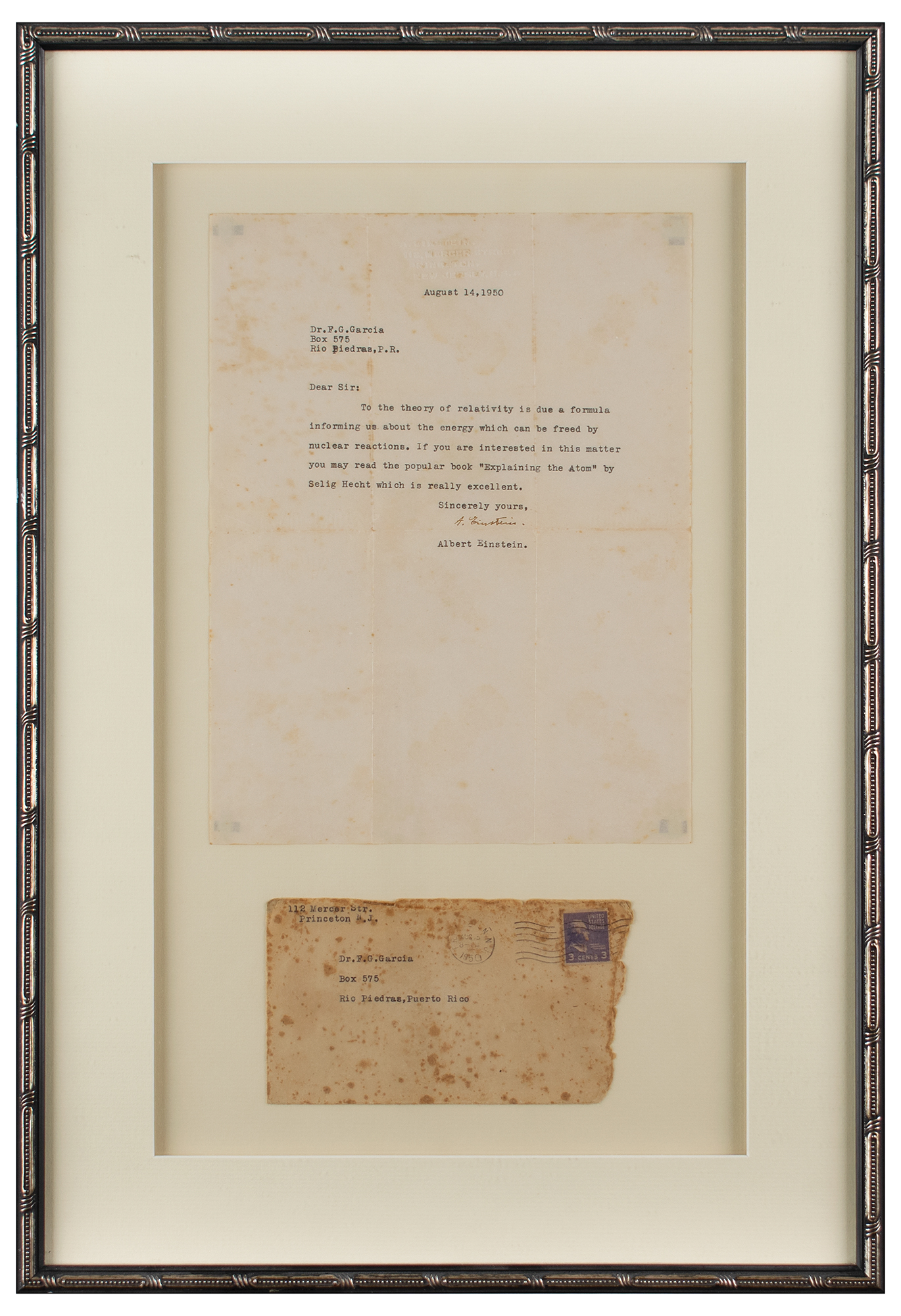 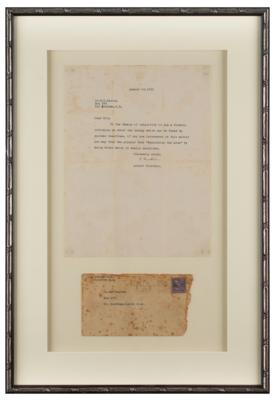 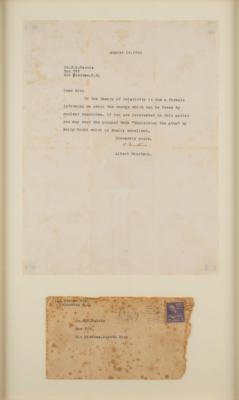 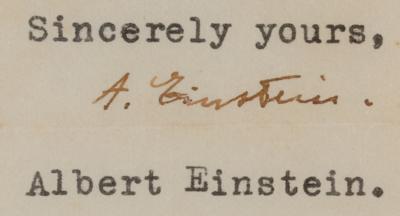 TLS signed “A. Einstein,” one page, 8.5 x 11, blindstamped personal Princeton letterhead, August 14, 1950. Letter to Dr. F. G. Garcia in Puerto Rico, in full: "To the theory of relativity is due a formula informing us about the energy which can be freed by nuclear reactions. If you are interested in this matter you may read the popular book 'Explaining the Atom' by Selig Hecht which is really excellent." Mounted above the original mailing envelope and archivally matted and framed to an overall size of 15.25 x 22.25. In very good to fine condition, with scattered light creasing and staining.

Einstein's theory of relativity—the foundation of modern physics—encompassed his pioneering concepts of special relativity and general relativity, respectively proposed and published in 1905 and 1915. With it came his famed equation, "E = mc2"—the mass-energy relationship— undoubtedly the most well-known equation ever set forth. In his later years, Einstein explained on-camera: ‘It followed from the special theory of relativity that mass and energy are but different manifestations of the same thing… Furthermore, the equation E is equal to m c-squared, in which energy is put equal to mass multiplied by the velocity of light squared, showed that a very small amount of mass may be converted into a very large amount of energy, and vice versa.'

The mass-energy relationship explained the source of the energy produced in the process of radioactive decay, which had been discovered at the turn of the century by Henri Becquerel. The mass defect—the difference in mass between the atom before emitting a particle, and the masses of that particle and the remaining atom—had been converted into energy. Unfortunately, the mass defect was much too small to be measured. Experimental verification of the relation would wait until 1932 when British physicists John Cockroft and Ernest Walton first 'split the atom' artificially, and with the 1938 discovery of nuclear fission by German chemists Otto Hahn and Fritz Strassmann, and physicists Lise Meitner and Otto Frisch.

Nuclear physics had come to the forefront of the public's attention with the advent of the atomic bomb in World War II, and coherent explanations for the layman were few and far between. Selig Hecht, an honorary vice-chairman of Einstein's Emergency Committee of Atomic Scientists, wrote Explaining the Atom in 1947 to educate the public on this new source of energy. Einstein had formed the committee in 1946 to warn the public of the dangers associated with the development of nuclear weapons, promote the peaceful use of nuclear energy, and work towards world peace. A unique and important letter by the great physicist.