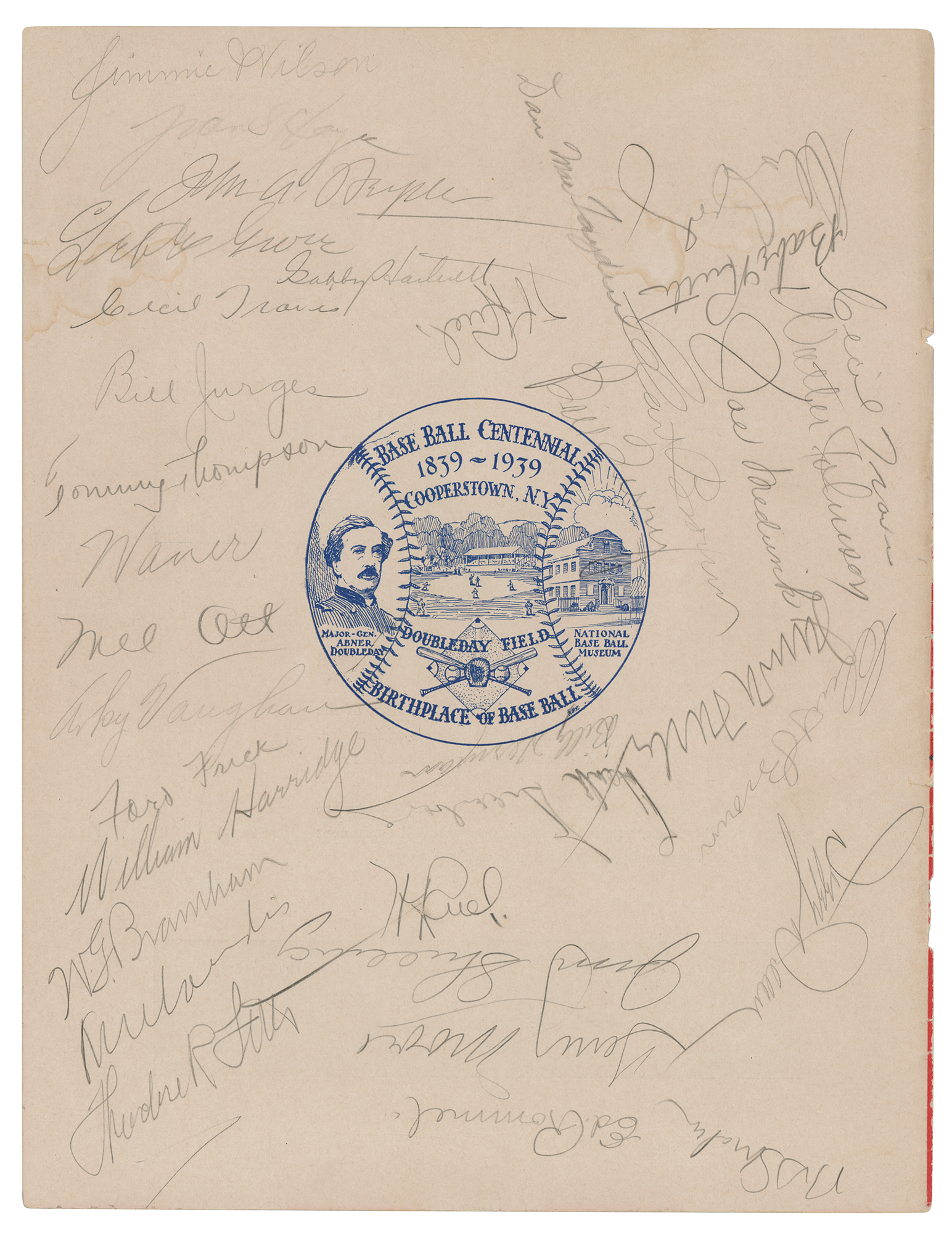 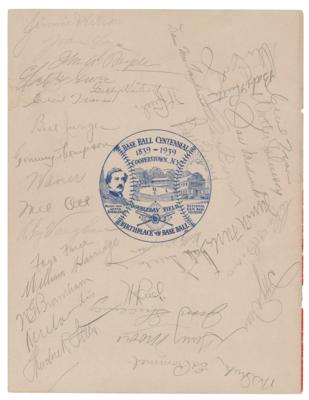 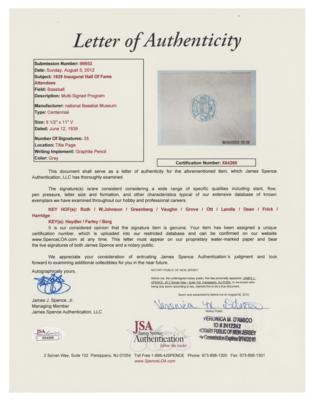 Scores of baseball stars past and present descended on Cooperstown when the National Baseball Hall of Fame and Museum opened its doors in June 1939. This remarkable page is highlighted by two members of its immortal inaugural class—Babe Ruth and Walter Johnson—plus a dozen future inductees. It is a remarkable assemblage of baseball greats and legends, representing some of the finest ballplayers to ever take the field.