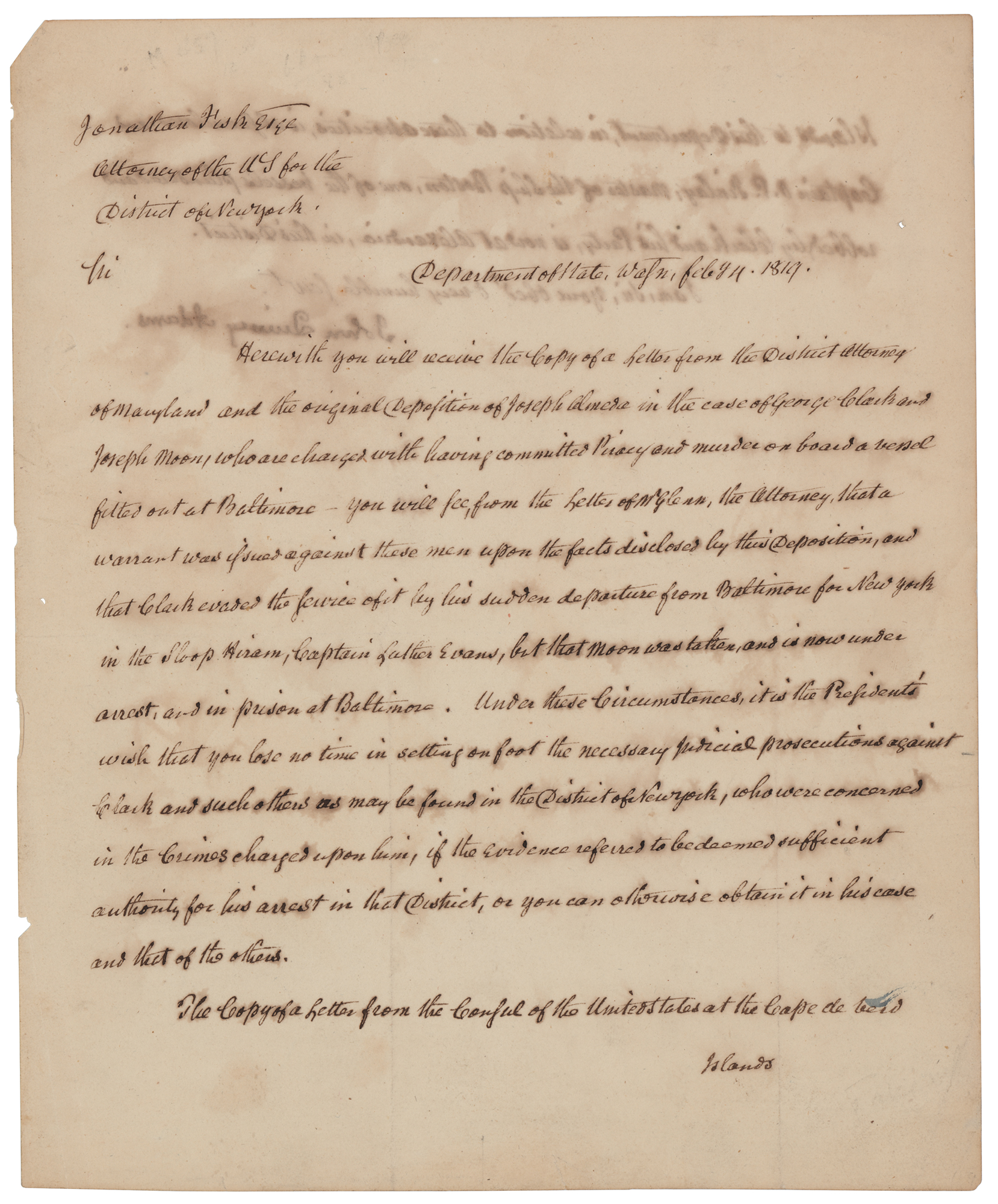 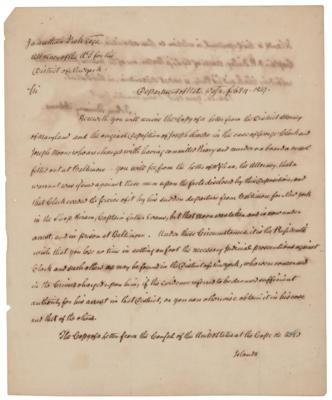 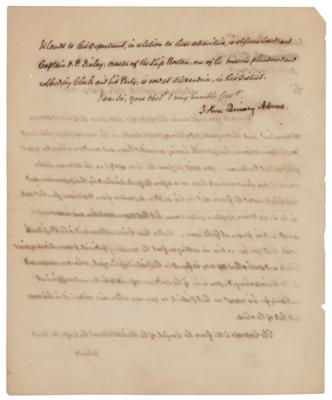 LS, one page both sides, 7.75 x 9.5, February 4, 1819. Letter to Jonathan Fisk, US Attorney for the District of New York. In full: "Herewith you will receive the copy of a letter from the District Attorney of Maryland and the original Deposition of Joseph Almeda in the case of George Clark and Joseph Moon who are charged with having committed Piracy and Murder on board a vessel fitted out at Baltimore—You will see from the letter of Mr. Glenn, the Attorney, that a warrant was issued against these men upon the facts disclosed by this Deposition and that Clark evaded the service of it by his sudden departure from Baltimore for New York in the sloop Hiram, Captain Luther Evans, but that Moon was taken, and is now under arrest, and in prison in Baltimore. Under these circumstances, it is the President's wish that you lose no time in setting on foot the necessary judicial prosecutions against Clark and such others as may be found in the District of New York, who were concerned in the Crimes charged upon him, if the evidence referred to be deemed sufficient authority for his arrest in the District, or you can otherwise obtain it in his case and that of the others.

The Copy of a Letter from the Consul of the United States at the Cape de Verd Islands to this Department, in relation to these atrocities, is also enclosed and Capt. O. P. Finlay, Master of the Ship Boston, one of the vessels plundered and robbed by Clark and his party, is now at Alexandria, in this District." In fine condition.

Having struggled to gain control of international piracy, actively fighting with the Barbary States as recently as 1816, the US held no tolerance for such activities from its own citizens. The month after signing this letter, Secretary of State John Quincy Adams saw the passage of the Act to Protect the Commerce of the United States and Punish the Crime of Piracy, asserting that 'if any person or persons…commit the crime of piracy, as defined by the law of nations…[he] shall afterwards be brought into or found in the United States… [and] upon conviction thereof…be punished by death.' Records show that the aforementioned George Clark, despite his attempt to flee Baltimore for the safety of New York, was found and convicted, and on May 12, 1820, publicly hanged for his crimes. An interesting glimpse into the interstate cooperation that enabled the new nation to enforce its laws, signed the same year that Adams negotiated the historic Florida Treaty with Spain.