In an early handwritten letter from his first year at Princeton, Prof. Wilson admits to "an un-Christian envy" 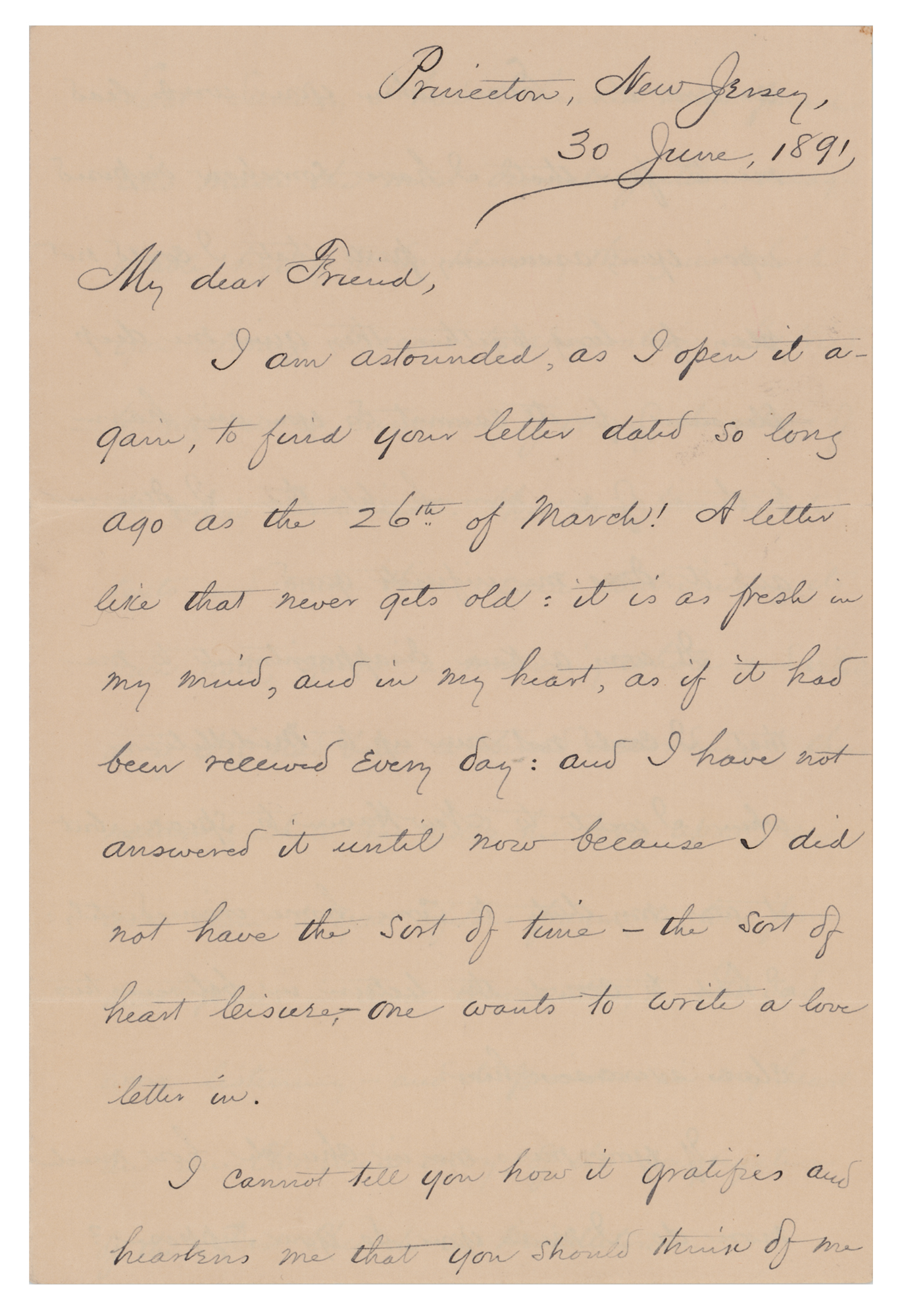 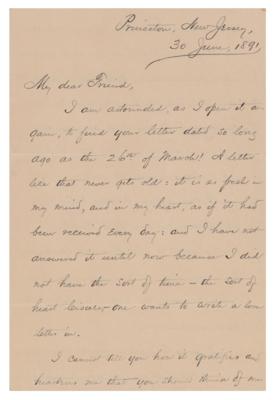 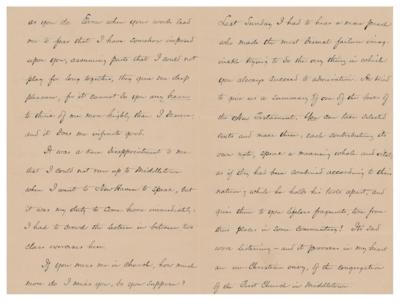 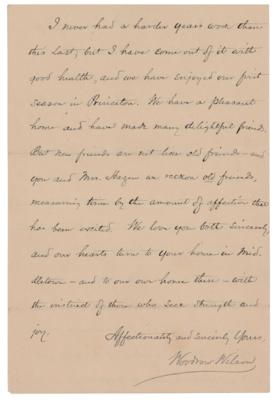 In an early handwritten letter from his first year at Princeton, Prof. Wilson admits to "an un-Christian envy"

ALS, four pages on two adjoining sheets, 5 x 7.5, June 30, 1891. At the end of his first year as a professor at Princeton, Wilson writes to a "dear friend," presumably his former minister in Middletown, Connecticut, where Wilson had previously been a professor of history at Wesleyan University. In part: "If you miss me in church, how much more do I miss you, do you suppose? You can take selected texts (of the New Testament) and make them, each contributing its own note, speak a meaning whole and vital, as if they had been combined according to their nature." He complains of his preacher in New Jersey, going so far as to admit that "it provokes in my heart an un-Christian envy, of the congregation of the First Church in Middletown." In fine condition.

Religion played a prominent role in Wilson's life, since both his father and grandfather, as well as his first father-in-law had been practicing ministers. It was the moralistic impulse of his upbringing that led Wilson to his eventual campaign 'to make the world safe for democracy' and to try to outlaw war through the League of Nations and the Versailles Negotiations. This letter is evidence that his moralism was not a political gimmick.

Written at the end of his first year teaching at Princeton, the forlorn Wilson mentions missing his old Church in Middletown, Connecticut, and jealousy of those still there. Although he was not happy with the clergy in his new surroundings, this didn't motivate him to leave Princeton and he continued teaching there for another eleven years before accepting a position as president of the university, eventually leaving to become governor of New Jersey, a position he held for two years before being elected president. Through all of his varied positions, Wilson presented himself as being a Christian and a man of high morals-and as evidenced in this letter, it was not just political pandering.