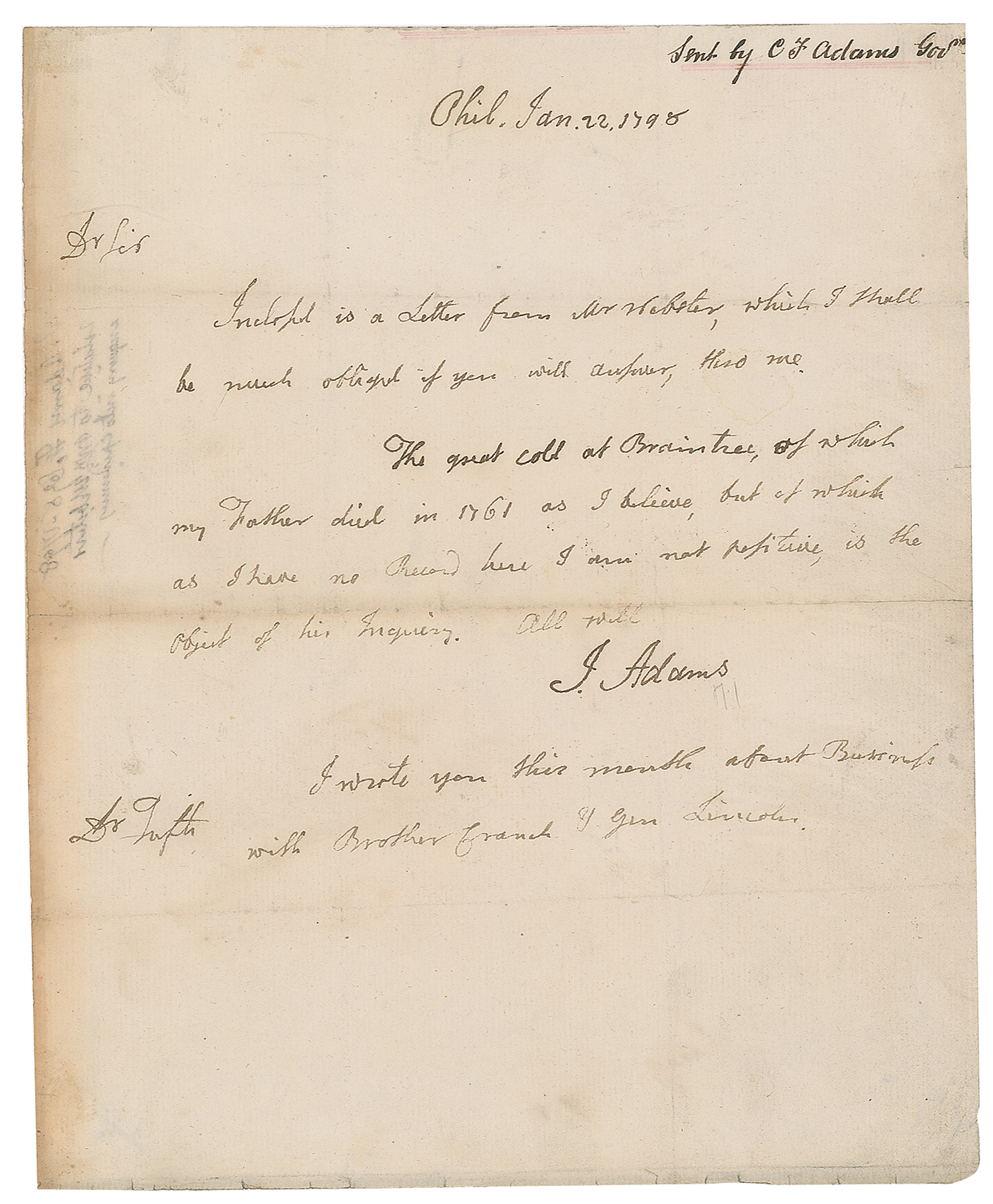 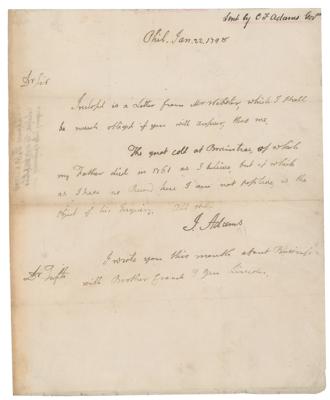 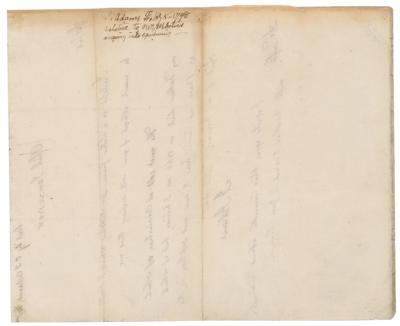 ALS as president, signed “J. Adams,” one page, 8 x 10, January 22, 1798. Handwritten from Philadelphia to his cousin, Dr. Cotton Tufts, in full: "Inclosed is a Letter from Mr. Webster, which I shall be much obliged if you will answer, thro me. The great cold at Braintree, of which my Father died in 1761 as I believe, but of which as I have no Record here I am not positive, is the object of his inquiry." A postscript reads: "I write you this month about Business with Brother Cranch & Gen. Lincoln." In very good to fine condition, with some light toning, and a series of tiny tears along the bottom edge.

On January 13, 1798, Noah Webster, in the course of researching the influenza epidemic of 1789, wrote to President Adams requesting information about a similar contagion that had afflicted the Boston area in 1761 and took the life of his father, John Adams, Sr. Webster asked for the 'precise year of its prevalence the time of the year, & how extensive it was, and whether fatal to many people.' Adams replied: 'In July 1761, I think it was, but have no Record or minute here, My Father died and my Mother was very ill, and I think, Seventeen Persons in the Neighbourhood in Braintree died of a Fever occasioned by an endemial Cold, so much like the Influenza that I Suppose it to have been the Same.' He suggested that Cotton Tufts, who was practicing medicine during that timeframe, might supply additional information, and then forwarded Webster’s letter to Tufts by this epistle. The knowledge that Tufts provided became a source for Webster's A Brief History of the Epidemic and Pestilential Diseases, published in Hartford the following year.