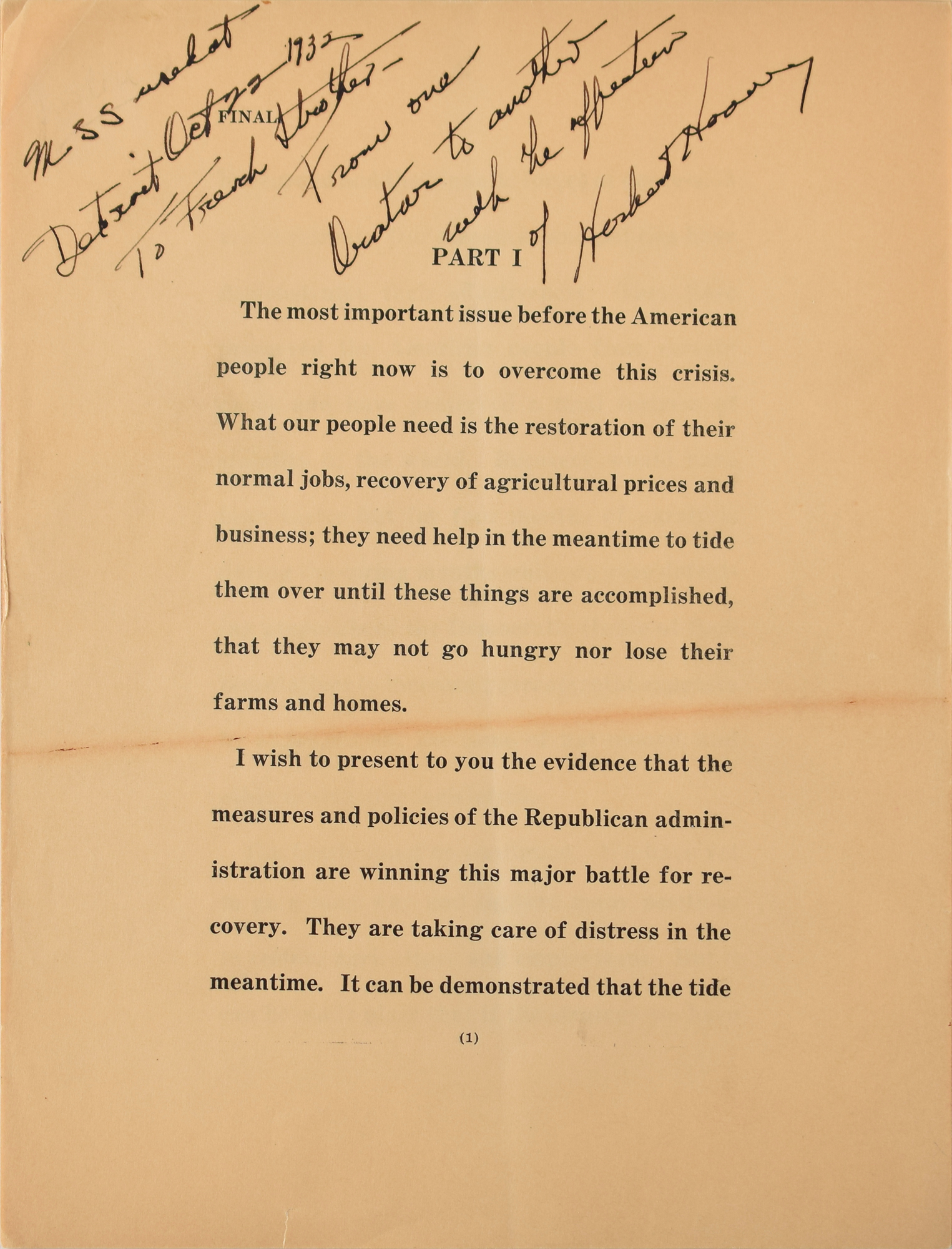 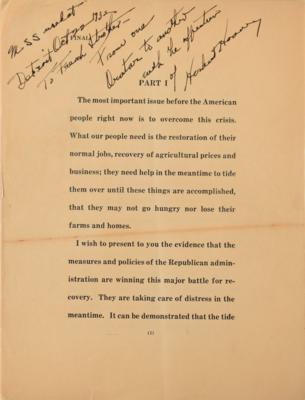 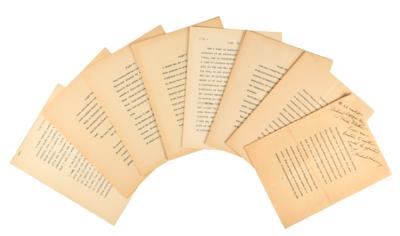 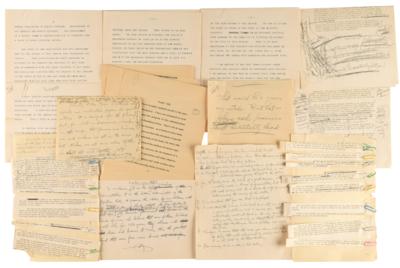 Printed reading copy of his speech 'The Success of Recovery' used during his campaign as the incumbent president in 1932, 75 pages, signed and inscribed on the first page in fountain pen to his personal secretary, "MSS used at Detroit, Oct. 22, 1932, To French Strother—From one Orator to another, with the affection of Herbert Hoover." Includes approximately ten pages of handwritten notes, composition fragments, and corrections made in pencil by Hoover, plus mimeographed additions. Hoover outlines the contents of his speech at the beginning: "I wish to present to you the evidence that the measures and policies of the Republican administration are winning this major battle for recovery…It can be demonstrated that the tide has turned and the gigantic forces of depression are in retreat. Our measures and policies have demonstrated their effectiveness. They have preserved the American people from certain chaos and have preserved a final fortress of stability in the world." Includes the original White House transmittal envelope, signed in the upper left in pencil, "From, Herbert Hoover." In overall fine condition.

President Hoover gave this speech before a crowd 22,000 strong at Detroit's Olympia Arena on October 22, 1932, just two weeks before the presidential election as the nation was gripped by the Great Depression. He blamed the slow recovery on obstruction by the Democratic Party ("Recovery would have been faster but for four months of paralysis during the spring months while we were defeating proposals of the Democratic House of Representatives"), and assured his large audience that sure signs of rebound were beginning to manifest themselves under his guidance. Voters remained unconvinced, and on election day Hoover fell to Franklin D. Roosevelt in a landslide, carrying only six states to FDR's 42.

The recipient of this impressive speech, Edgar French Strother, was a newspaperman who knew Hoover from his days in California, and went to Washington with him to serve as his private secretary. His primary role was conducting research for Hoover's speeches and public papers. An enormously desirable hand-corrected presidential speech, revealing Hoover's drafting process. In fine condition.