Early Boston real estate deed for land in "Cornhill near the market,” signed by Paul Revere as witness 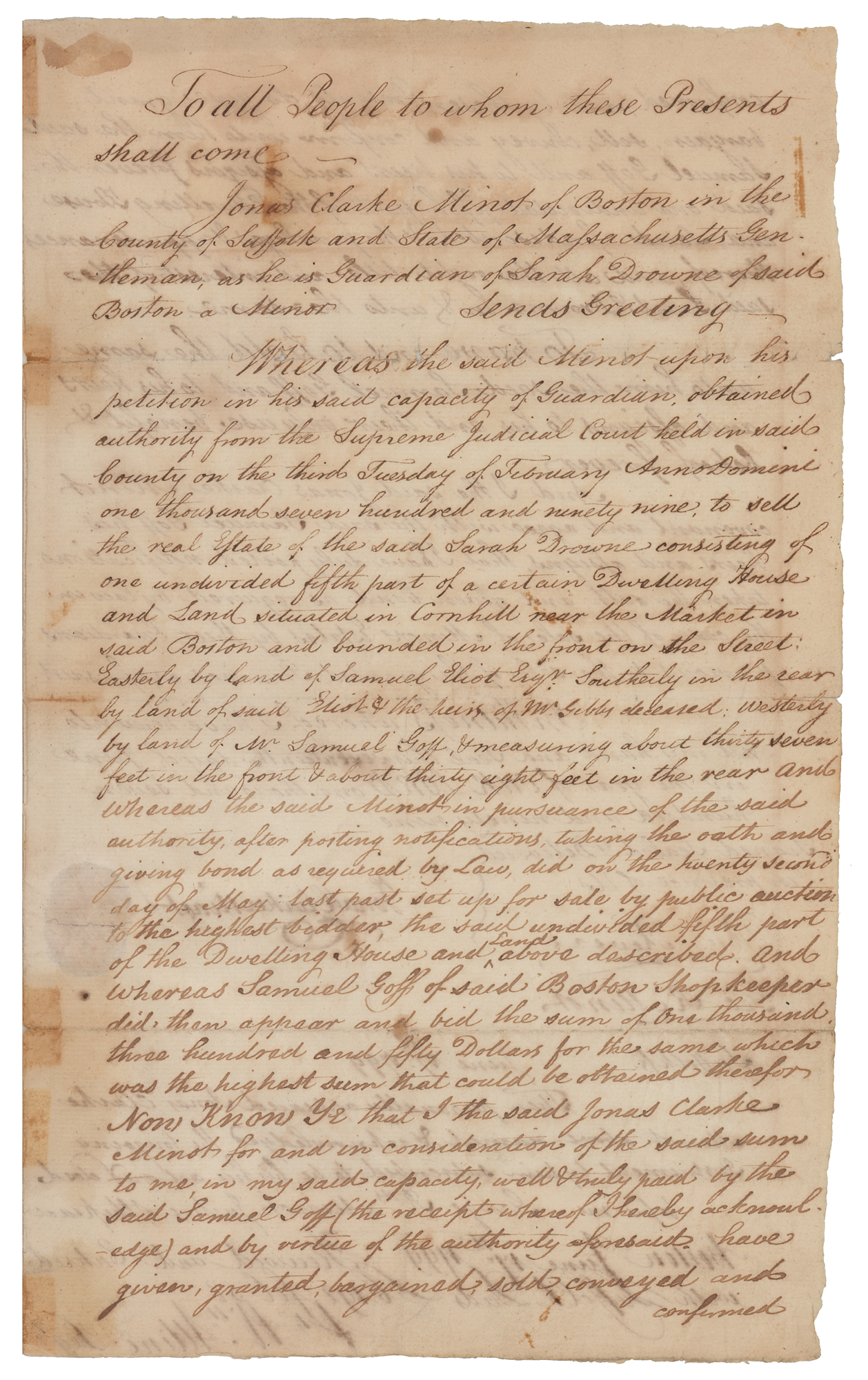 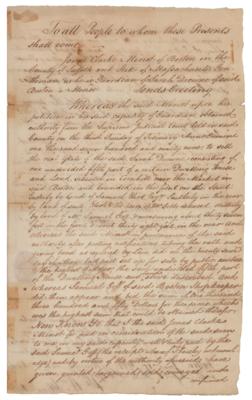 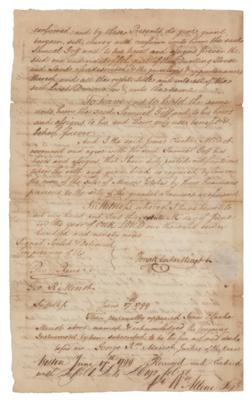 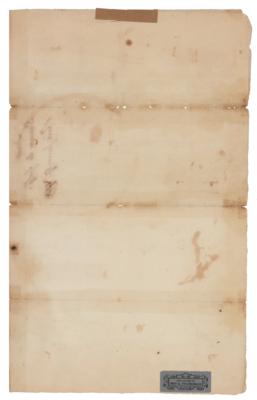 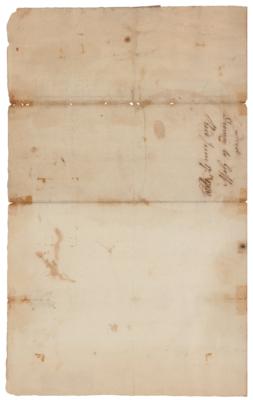 Early Boston real estate deed for land in "Cornhill near the market,” signed by Paul Revere as witness

Following the war, Paul Revere returned to his silversmith trade and used the profits from his expanding business to finance his work in iron casting, bronze bell and cannon casting, and the forging of copper bolts and spikes. During this same period, Revere had invested heavily in the development of the first copper-rolling mill in America, located in Canton, Massachusetts. The operation supplied the material for the dome of the Massachusetts State House and for the roof of New York's city hall, for the re-coppering of the hull of the USS Constitution in 1803, and for the boilers in several of Robert Fulton's early steamboats.

On February 23, 1796, Jonas Clarke Minot became a guardian for Sarah Drowne, ‘above 14 years of Age, Daughter of Samuel Drown.’ Her father, who had been a minor witness in the trial of the British soldiers involved in the Boston Massacre in 1770, died in November 1781 in France at the age of 31. Although her mother Elizabeth Lydia Davis Drowne (1757-1817) was still living, the court appointed a guardian to care for Sarah Drowne as a minor.

Sarah Drowne (b. 1779) was the granddaughter and heir of Thomas Drowne (1715-1795), a coppersmith and blacksmith, who was also sometimes listed as a silversmith. Thomas’s father Shem Drowne (1683-1774) was a famous colonial coppersmith and tinplate worker, and America’s first documented weathervane maker. Shem made the grasshopper weathervane atop Faneuil Hall, which has become a symbol of Boston. When the earthquake of 1755 shook the grasshopper weathervane off the building, Thomas helped his father repair and remount it. In 1768, the younger Drowne placed a humorous note labeled ‘food for the grasshopper’ in the belly of the weathervane.