"One of the nicest signed Beatles show programs in existence" 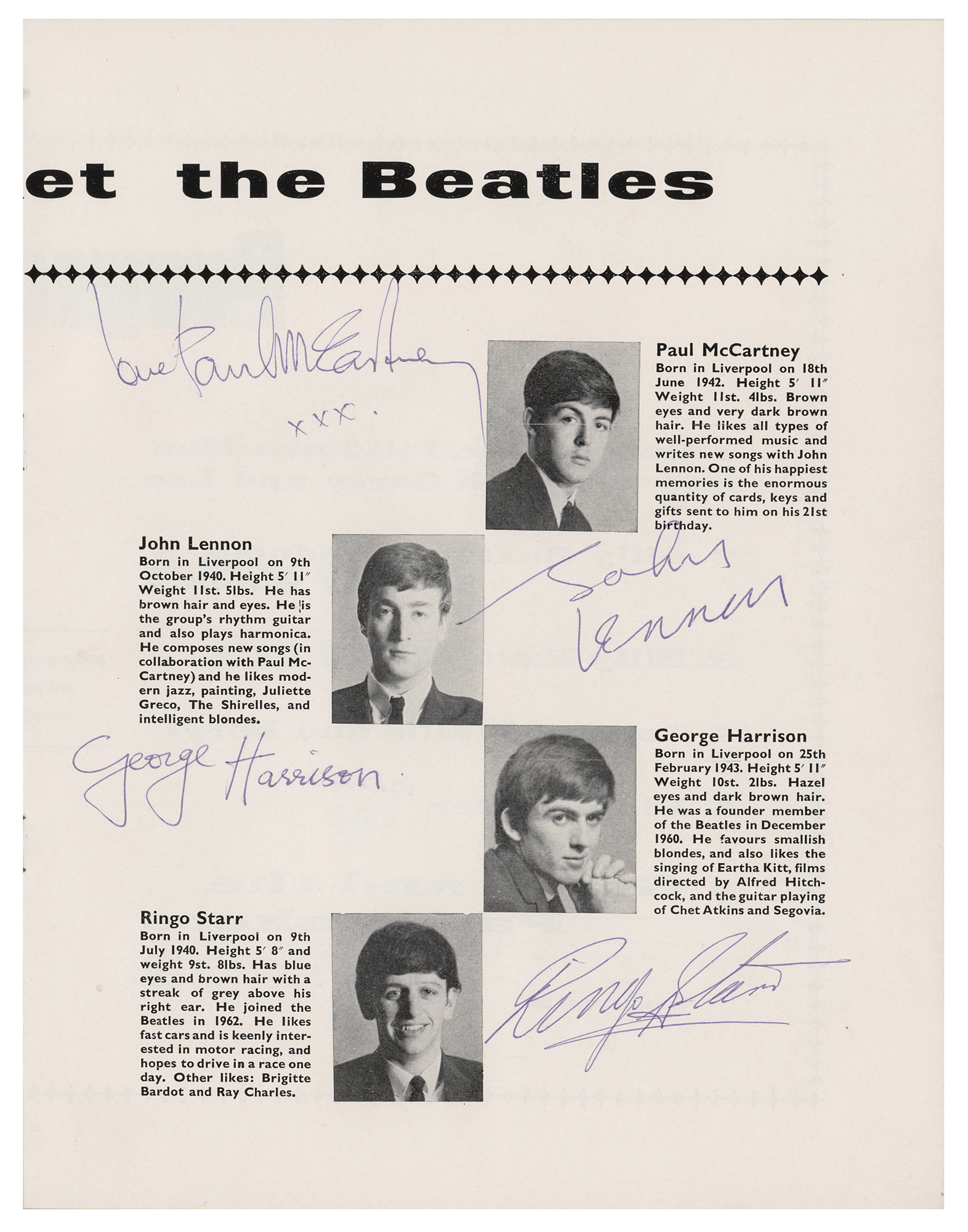 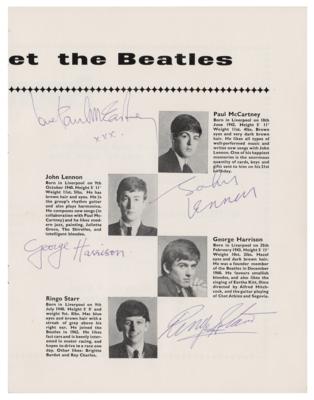 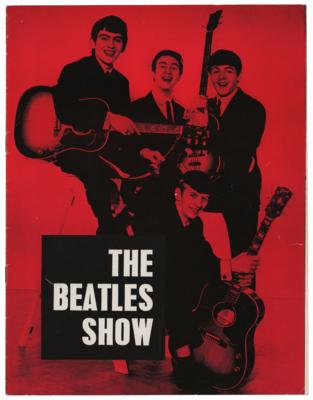 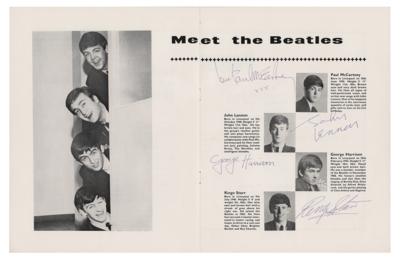 "One of the nicest signed Beatles show programs in existence"

The Beatles Show 'vintage red’ program for performances held at the Odeon Cinema in Southport, England, between August 26-31, 1963, measures 8 x 10.5, twelve pages, signed inside on the "Meet the Beatles" section next to their respective images in blue ballpoint, "George Harrison," "Love, Paul McCartney, xxx," "Ringo Starr," and "John Lennon." The program is also signed inside by four members of Gerry and the Pacemakers: Gerry Marsden, Freddie Marsden, Les Chadwick, and Les Maguire. In fine condition, with light handling wear. Accompanied by a letter of authenticity from noted Beatles expert Frank Caiazzo, who states: “These signatures were obtained at the time of the engagement in Southport, and are as nice as they could have signed on that day—they are flawless and stunning examples, making this one of the nicest signed Beatles show programs in existence.”

The Beatles played six consecutive dates in the English seaside town of Southport, playing to two sold-out shows each night of their residency, and marking the third consecutive week where the Beatles were the featured band at a local cinema. During the same week, the Beatles were filmed as the featured act in a documentary for BBC television titled The Mersey Sound. An exceptionally rare program with a wonderful, fully signed image deriving from the very beginnings of Beatlemania.