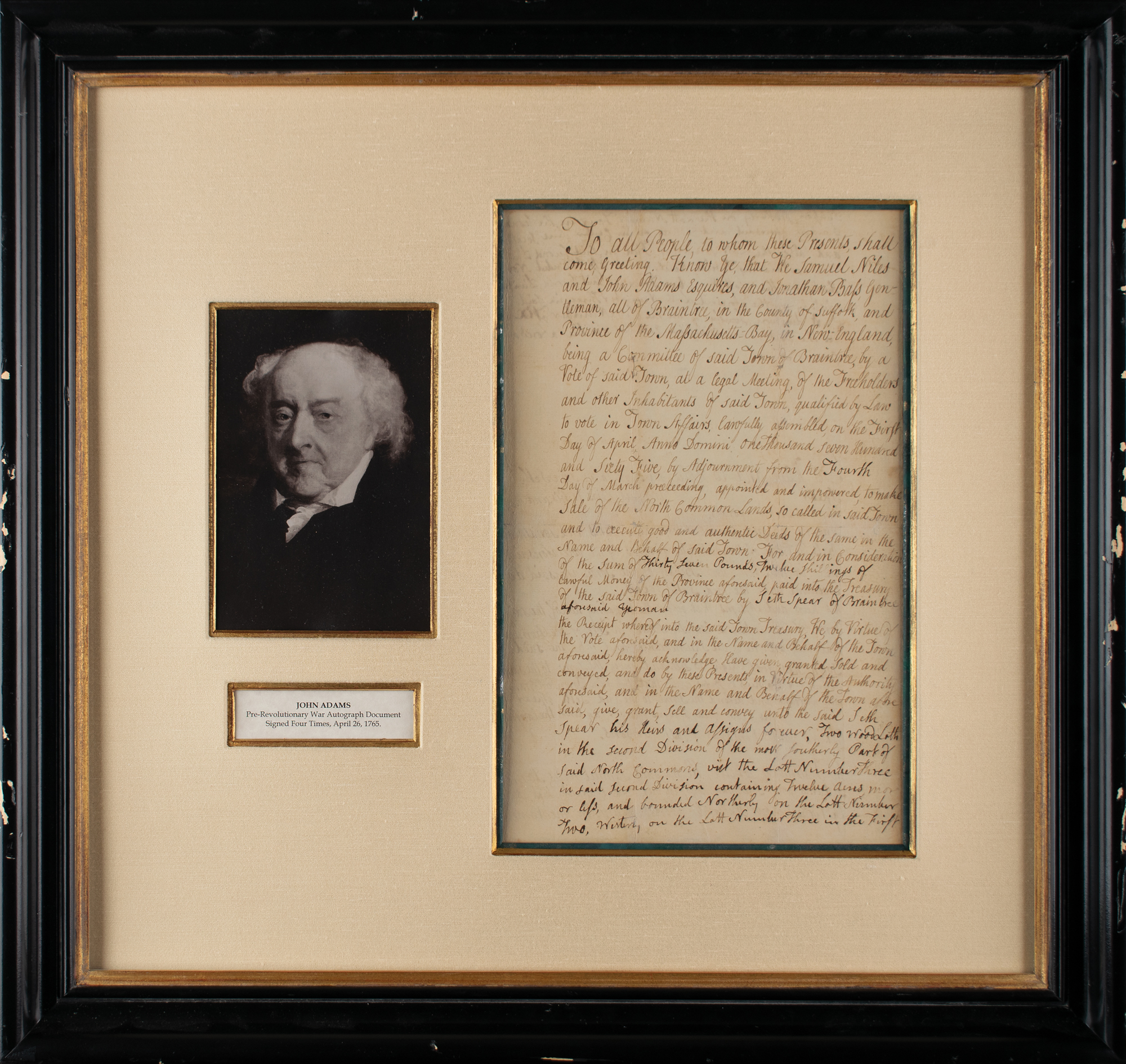 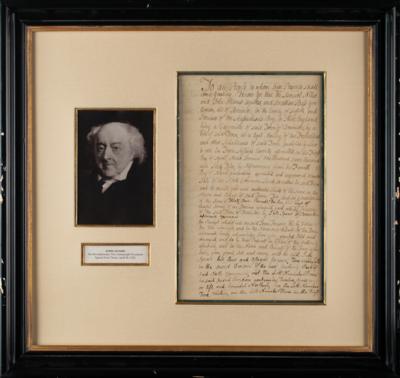 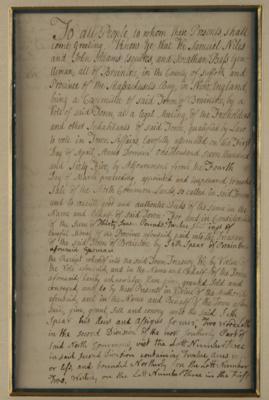 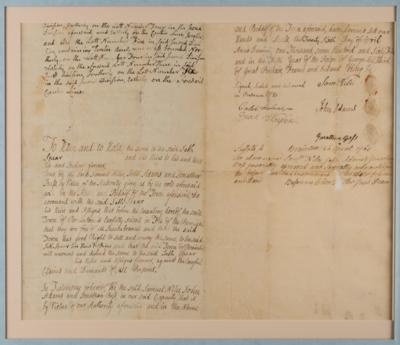 UPDATE: This document is completely in Adams's hand, not partially, as described in the catalog

ADS, signed four times, "John Adams," three pages on two adjoining sheets, 8 x 12.75, April 26, 1765. Document written entirely in Adams's hand (except for a small addendum after the signatures), concerning the sale of lands in Braintree, Massachusetts. Adams penned the document neatly, leaving space for information that he then filled in later, including a middle portion with survey information for the parcel. Adams incorporates his own name three times within the text, writing, in part: "To all People, to whom these Presents shall come, Greeting. Know ye that We Samuel Niles and John Adams Esquires, and Jonathan Bass, Gentleman, all of Braintree, in the County of Suffolk, and Province of the Massachusetts Bay, in New-England, being a Committee of said Town of Braintree, by a Vote of said Town, at a legal Meeting of the Freeholders and other Inhabitants of said Town, qualified by law to vote in Town Affairs, lawfully assembled, on the First Day of April, Anno Domini one thousand seven hundred and sixty five…appointed and impowered to make sale of the North Common Lands, so called in said Town and to execute good and authentic Deeds of the same in the Name and Behalf of said Town…We the said Samuel Niles, John Adams, and Jonathan Bass, by Virtue of the Authority given us…do covenant with the said [Seth Spear]…In Testimony whereof, We, the said Samuel Niles, John Adams and Jonathan Bas, in our said Capacity…have hereunto sett our Hands and Seals." Signed at the conclusion by Niles, Adams, and Bass, and countersigned by two witnesses. Double-matted and framed as part of a hinged display to an overall size of 23 x 21.5; the front of the document is shown beside a portrait of Adams, which opens to show the opposite side in a window in the backing. In fine condition, with a couple of small areas of paper loss. A lengthy document in Adams's distinctive hand, boasting a remarkable four full signatures.