"Love is the law, love under will"—extremely rare letter from "A. Crowley," written from his newly opened Collegium ad Spiritum Sanctum 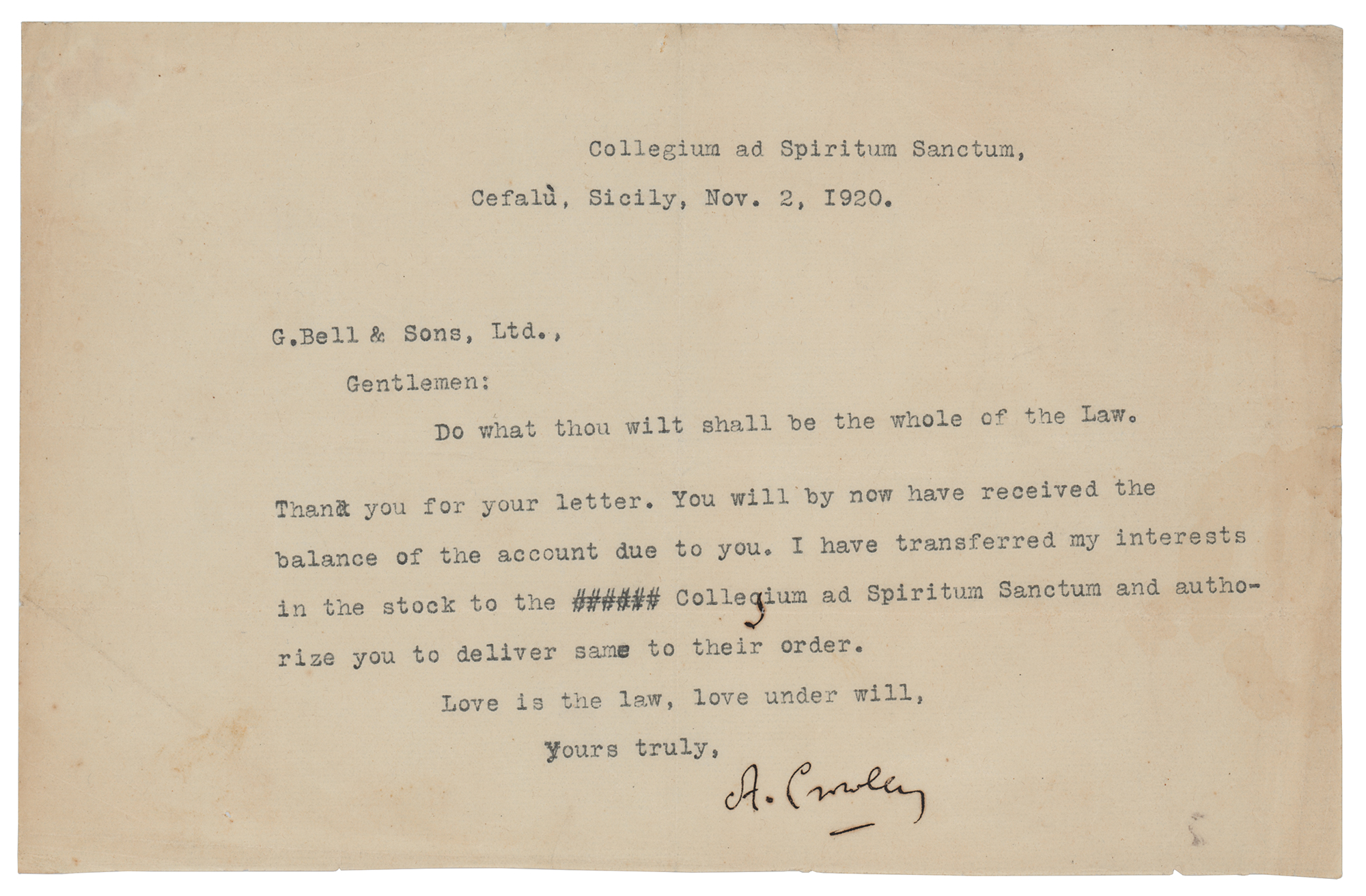 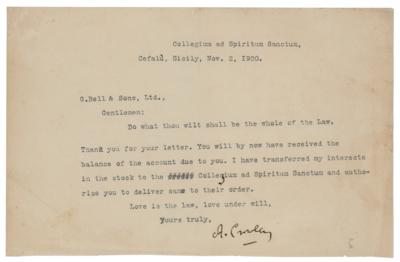 "Love is the law, love under will"—extremely rare letter from "A. Crowley," written from his newly opened Collegium ad Spiritum Sanctum

English occultist, ceremonial magician, painter, mountaineer, and prolific writer (1875-1947) who founded the religion of Thelema, identifying himself as the prophet entrusted with guiding humanity into the Æon of Horus in the early 20th century. TLS signed “A. Crowley,” one page, 9 x 5.75, November 2, 1920. Written from the Collegium ad Spiritum Sanctum in Cefalu, Sicily, a letter to the publishing house George Bell & Sons, in full: "Do what thou wilt shall be the whole of the Law. Thank you for your letter. You will by now have received the balance of the account due to you. I have transferred my interests in the stock to the Collegium ad Spiritum Sanctum and authorize you to deliver same to their order. Love is the law, love under will." In very good to fine condition, with scattered light staining and creasing.

The year this letter was written, Crowley opened the Abbey of Thelema, which he refers to here as the "Collegium ad Spiritum Sanctum," or the 'College of the Holy Spirit.' Founded by Crowley and Leah Hirsig in the small Italian city of Cefalu, the Abbey was a small house used as a temple and spiritual center, an 'anti-monastery' and school of magic where the lives of the inhabitants were 'spent not in laws, statutes, or rules, but according to their own free will and pleasure.' Crowley's closing line of "Love is the law, love under will," represents one of the central philosophies of Thelema, an esoteric and spiritual philosophy and religious movement that he developed in the early 1900s. The first Crowley letter that we have ever offered.