"The Swede A. Nobel has given a colossal fortune to award prizes for scientific work" 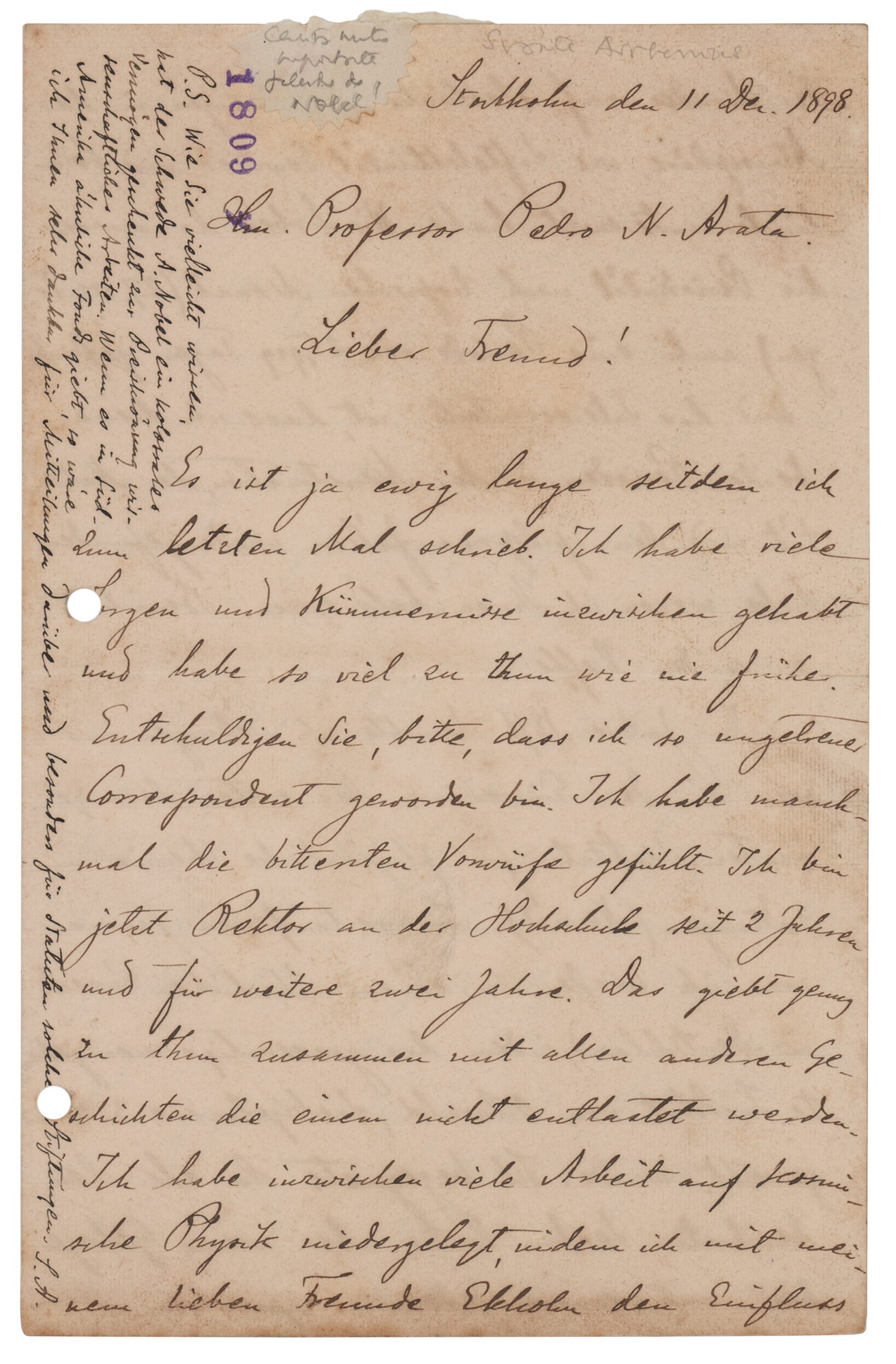 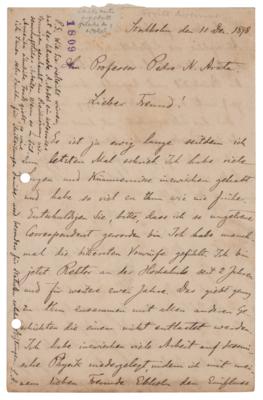 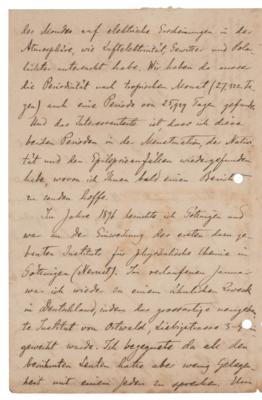 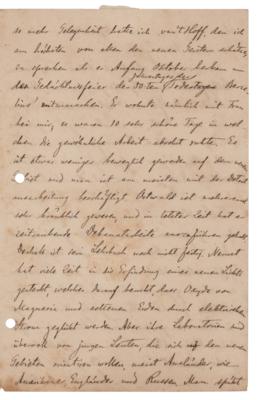 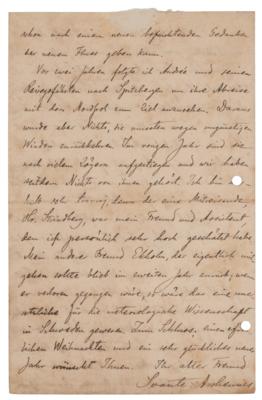 "The Swede A. Nobel has given a colossal fortune to award prizes for scientific work"

Influential Swedish scientist (1859-1927) who received the Nobel Prize for Chemistry in 1903 in recognition of his theory of electrolytic dissociation. Fabulous ALS in German, four pages on two adjoining sheets, 5.25 x 8.25, December 11, 1898. Handwritten letter to Argentinean chemist Pedro Narciso Arata, which bears a fascinating postscript penned vertically along the left edge by Arrhenius (translated): "As you perhaps know, the Swede A. Nobel has given a colossal fortune to award prizes for scientific work. If there are similar funds in South America, I would be very grateful to you for information about them and especially for the statutes of such foundations. S. A."

The letter, in part (translated): “It’s been forever since I wrote last. I’ve had many cares and troubles in between and have more to do than ever before. Please forgive me that I’ve become so unfaithful a correspondent. I’ve sometimes felt the bitterest blame. I’ve been rector of the college for two years now and have another two years to go. That provides enough to do, together with all the other affairs that one is not excused from. Meanwhile, I’ve put a lot of work into cosmic physics in researching the influence...of the moon on electrical phenomena in the atmosphere, such as atmospheric electricity, thunderstorms, and the northern lights, with my dear friend Ekholm. In addition to the periodicity according to the tropical month (27.322 days), we’ve also found a period of 25.929 days, and the most interesting part is that I’ve also found both periods in menstruation, births, and epileptic seizures, something about which I hope to send you a report soon.

In 1896 I visited Göttingen and was at the dedication of the first purpose-built institute for physical chemistry in Göttingen (Nernst). This past January I was in Germany again for a similar purpose when Ostwald’s grand, newly built institute at Liebigstrasse 3-4 was dedicated. I met all the famous people there but had little opportunity to speak to them individually.

I had so much the more opportunity to speak to Van’t Hoff, whom I esteem most out of all the new thinkers, when he came here at the beginning of October to take part in the commemoration of the fiftieth anniversary of Berzelius’s death. Namely, he and his wife stayed with me; it was ten very beautiful days in which the usual work was absolutely set aside. Things have become somewhat less volatile in the new area, and people are mostly occupied with working out the details. Ostwald has been very ill on several occasions, and recently he’s had time-consuming responsibilities as dean to carry out. For that reason, his textbook isn’t finished yet. Nernst has spent a lot of time on inventing a new light based on using an electric current to cause magnesium oxide and rare earths to glow. But their laboratories are stuffed with young people who want to orient themselves in the new areas, mostly foreigners, such as Americans, Englishmen, and Russians. People are already looking out for a fruitful new idea that can give a new impetus.

Two years ago I followed Andrée and his travel companions to Spitzbergen to see their departure with the North Pole as their goal. Nothing came of it, however; they had to turn back on account of unfavorable winds. Last year they got off the ground after many delays, and we’ve heard nothing from them since. I am greatly saddened by this, since one of the company, Mr. Strindberg, was my friend and assistant, whom I personally valued very highly. My other friend, Ekholm, who actually was supposed to go along, stayed behind the second year; if he had been lost, it would have been an irreplaceable loss for meteorological science in Sweden. Finally, Merry Christmas and a very Happy New Year.” Upper portion bears an affixed collector's slip with pencil notation. In very good to fine condition, with light toning and soiling, and two file holes to the left edge.