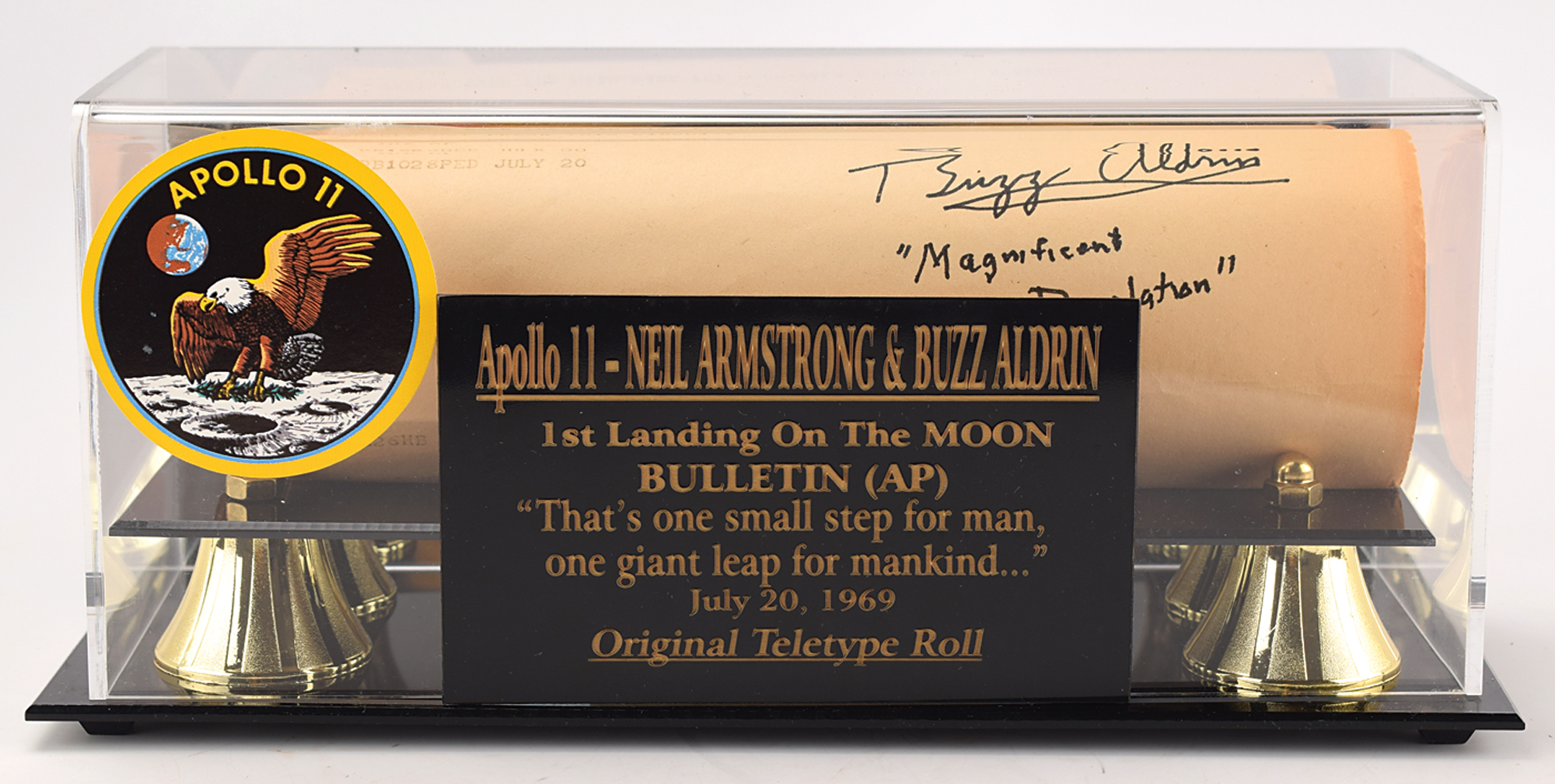 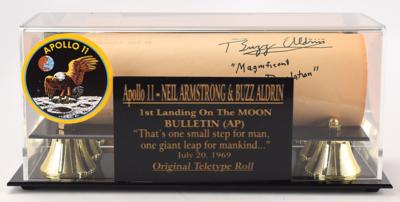 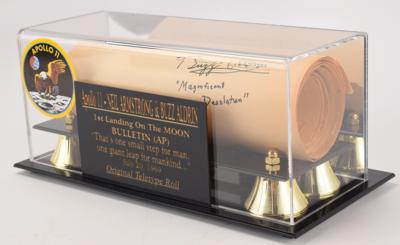 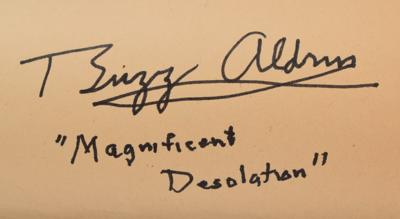 Rare original Associated Press teletype roll regarding the Apollo 11 lunar landing, one page, 8.5 x 82, signed in black felt tip, “Buzz Aldrin, ‘Magnificent Desolation.’” The teletype is headed, "URGENT, News Directors (Bureaus) the Houston Broadcast Center is taking over the main wire for moon-walk coverage. Bureaus should not break the circuit," with the bulletin continuing, in part: "The moon astronauts have started to de-pressurize their lunar lander cabin. They are venting the oxygen from the small cabin into the near vacuum of the lunar atmosphere…Cabin de-pressurization aboard the lunar module has been completed and astronaut Neil Armstrong is about to open the hatch…After the oxygen was vented from the cabin, Aldrin said: 'Let me see if it will open now.' Armstrong was to be the first to emerge from the lander…A near-vacuum prevails on the lunar surface. At precisely 10:39 P.M., the astronauts said the 'hatch is coming open.' Armstrong will back out of the cabin and find his footing on the nine-step ladder…Apollo Commander Neil Armstrong has started down the ladder of the L-M and a picture flashed from the moon at 10:53 P.M. (EDT)…Flash, Armstrong steps onto the moon…So far, Armstrong said, he was finding no trouble in walking around…After saying 'One small step,' Armstrong added the words: 'one giant leap for mankind.'"

Includes a very attractive custom-made presentation display case, complete with an engraved plaque and colorful Apollo 11 mission emblem, with base featuring four golden supports meant to resemble the thrusters from a Saturn rocket. In very good condition, with tape-repaired separations, scattered toning, creases, and folds, two small affixed labels and remnants from a removed third, and scattered small edge tears. A truly historic and sought-after item representative of a moment that captivated the entire country. Accompanied by a certificate of authenticity from Astronaut Central and two photos of Aldrin signing the teletype.