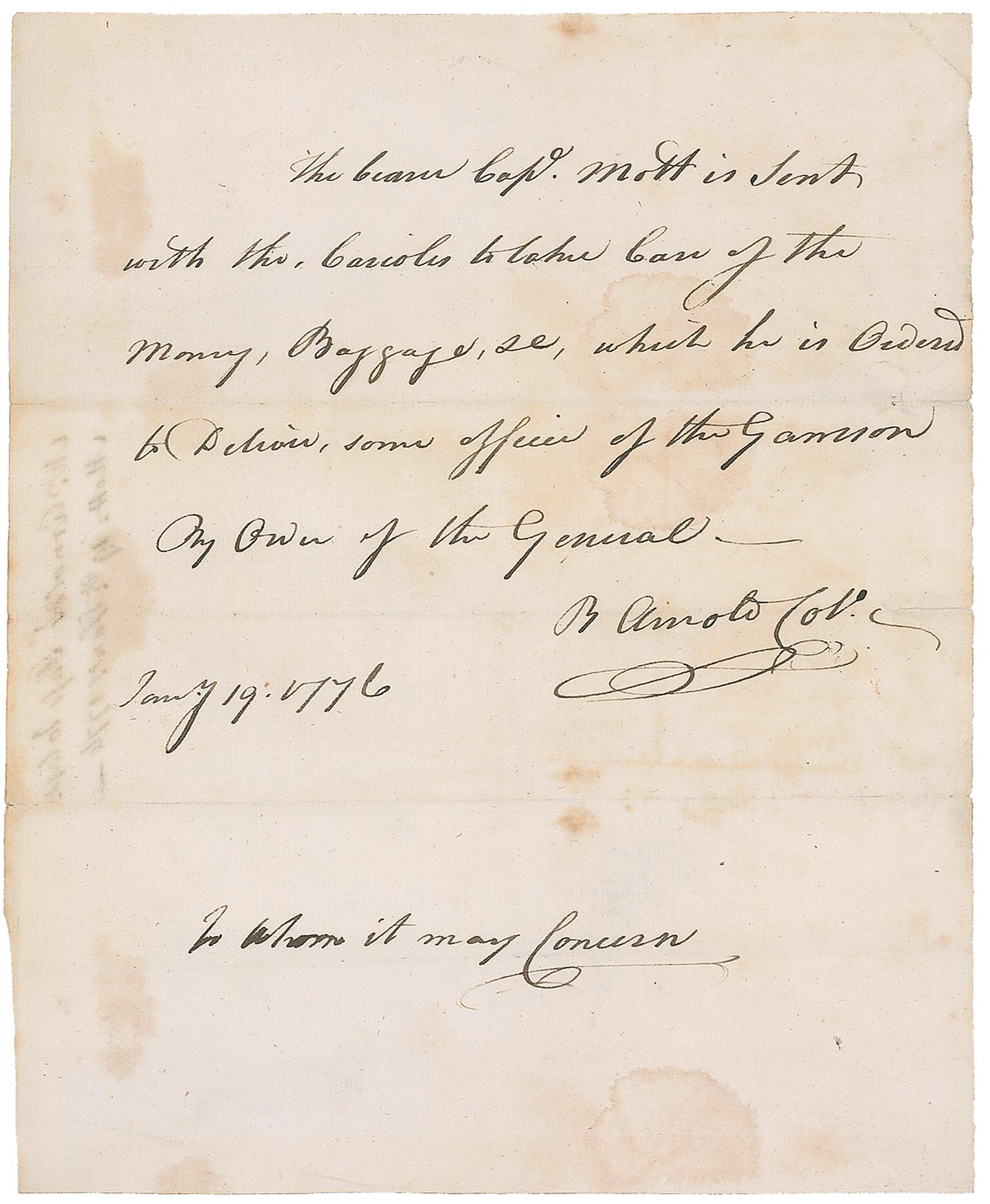 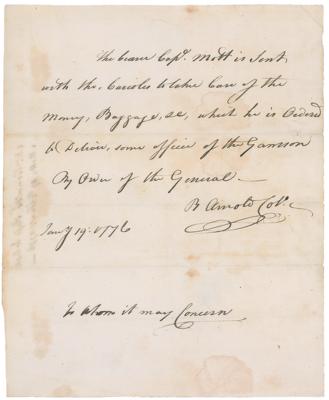 Major General in the Continental Army during the American Revolution who distinguished himself at Saratoga (1741-1801). One of Washington's most skilled and able generals, he turned traitor in an infamous plot to turn over the fortress at West Point to the British. Exceedingly rare Revolutionary War-dated ADS, signed "B. Arnold Col.," one page, 7.5 x 9.25, January 19, 1776. Document addressed "To Whom it may concern," reads, in full: "The bearer Capt. Mott is Sent with the, Carioles to take Care of the Money, Baggage, &c, which he is Ordered to Deliver, some officer of the Garrison By Order of the General." Reverse is docketed in an unknown hand, "Mr. Arnold Pass to Capt. Mott 19th Jan'y 1776." In very good to fine condition, with scattered spots of light toning and staining, and the docketing notation on the reverse lightly showing through.

After shattering his leg in the unsuccessful December 31st attack on Quebec City, Arnold refused to retreat, despite being outnumbered three to one and suffering from a smallpox outbreak, harsh winter conditions, and a mass departure of soldiers. The siege, during which he issued this pass, had little effect on the city, which had stockpiled enough supplies to last several months. Arnold finally departed in April of 1776, followed three months later by the remainder of the depleted forces there. Letters from Arnold during the invasion of Canada are highly sought after and exceedingly rare.