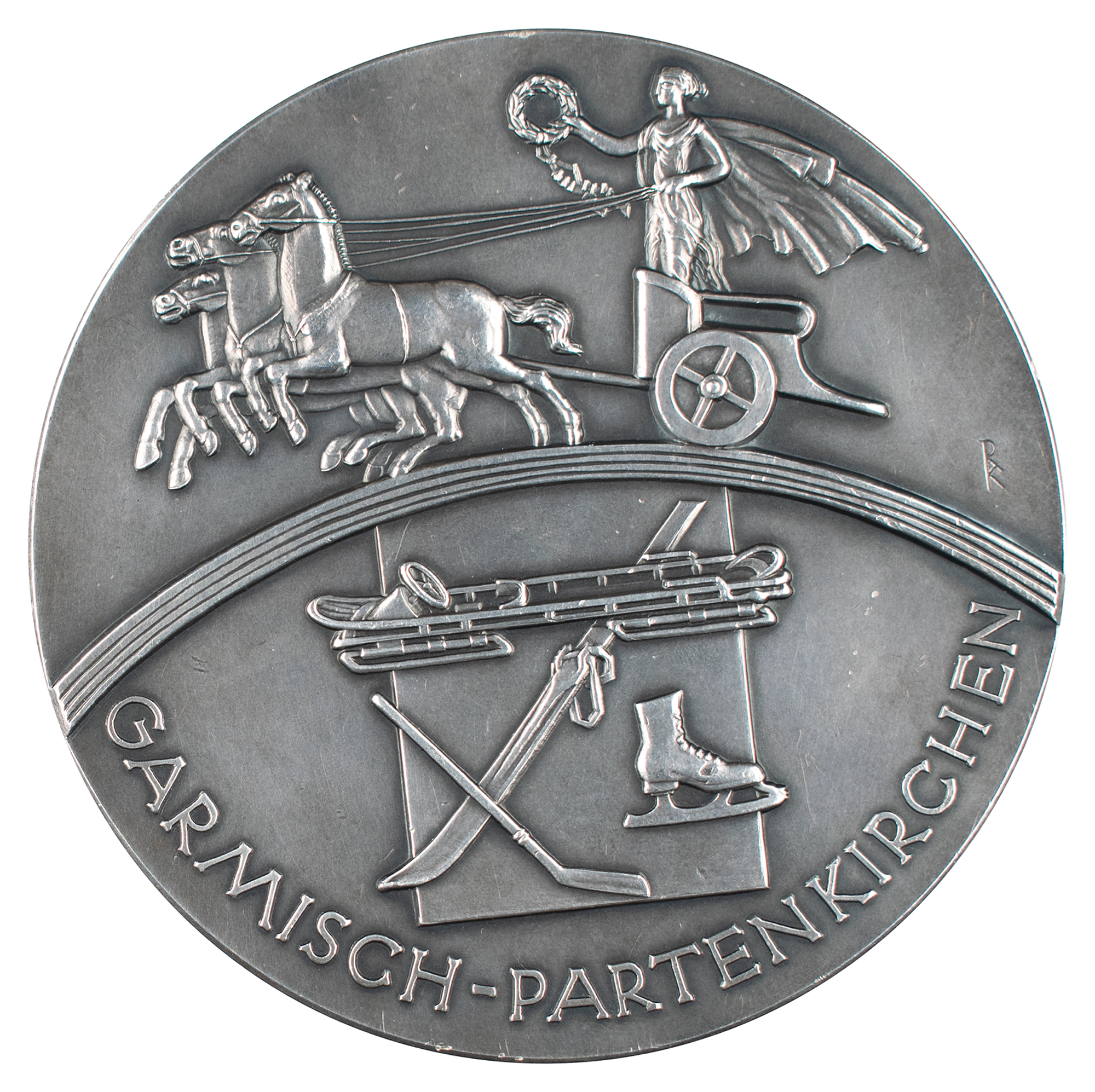 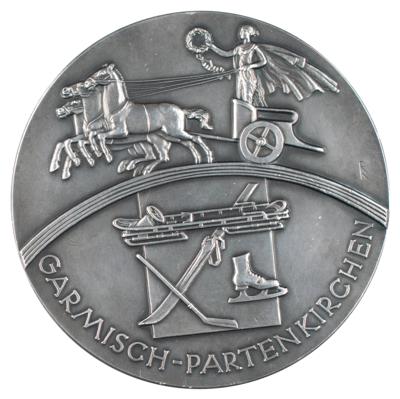 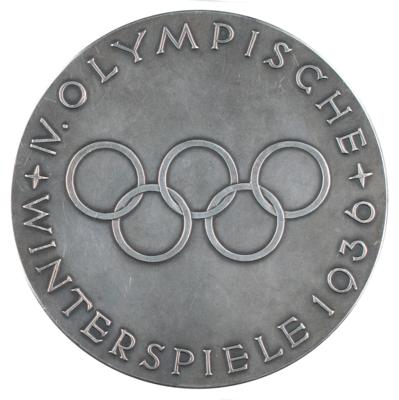 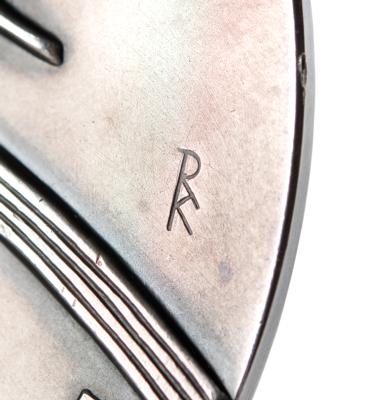 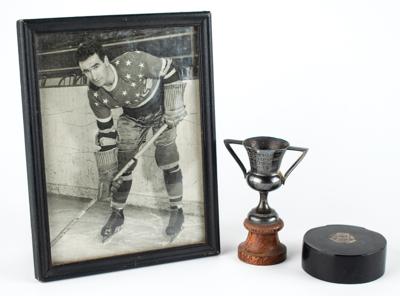 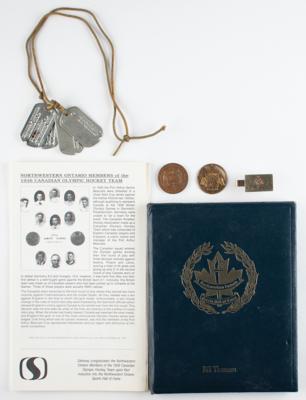 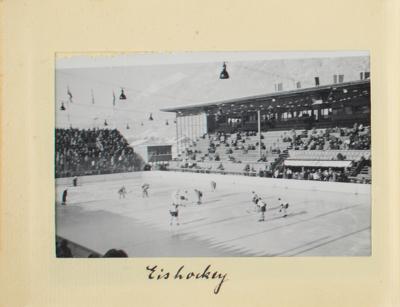 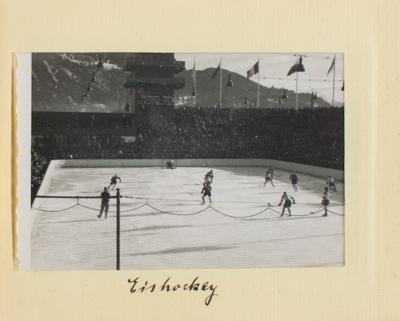 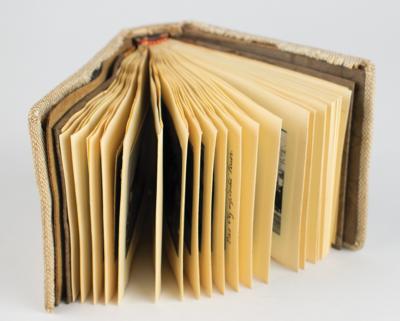 Rare winner's medal awarded to Bill ‘Rabbit’ Thomson as a member of the silver medal-winning Canadian hockey team at the Garmisch 1936 Winter Olympics. Silver, 100 mm, 325 gm, struck by Deschler and Sohn of Munich, Germany, and designed by Richard Klein. The front features a female holding a victory wreath and riding a triga on an arch above winter sports equipment, with raised text, "Garmisch-Partenkirchen"; the reverse shows the Olympic rings encircled with raised text, "IV Olympische, Winterspiele 1936." Edge is stamped "990 Silver." The medal bears some faint scattered scuffing.

Included with the medal is a fantastic provenance package deriving from the personal lifetime collection of Bill Thomson (1914-1993), one of the seven members of the Port Arthur Bearcats, a senior amateur ice hockey team based in Port Arthur, Ontario, that was selected to compete on the Canadian National Team in Garmisch. As a right winger, Thomson scored seven goals in eight games to help Canada win Olympic silver. After the Olympics ‘Rabbit’ played briefly in the National Hockey League, signing as a free agent with the Toronto Maple Leafs in 1937 before being traded to a talented Detroit Red Wings squad where ice time was in short supply.

Only 755 athletes competed in these games, with a total of 36 gold, 36 silver, and 36 bronze medals minted. Any Garmisch winner's medal is therefore exceedingly scarce and desirable. In addition to their high rarity, the Garmisch winner's medals are among the largest and most impressive of all Olympic prize medals ever awarded. Just the second Garmisch silver we have ever offered, this example is further augmented by its stalwart provenance and direct connection to a Canadian hockey legend.