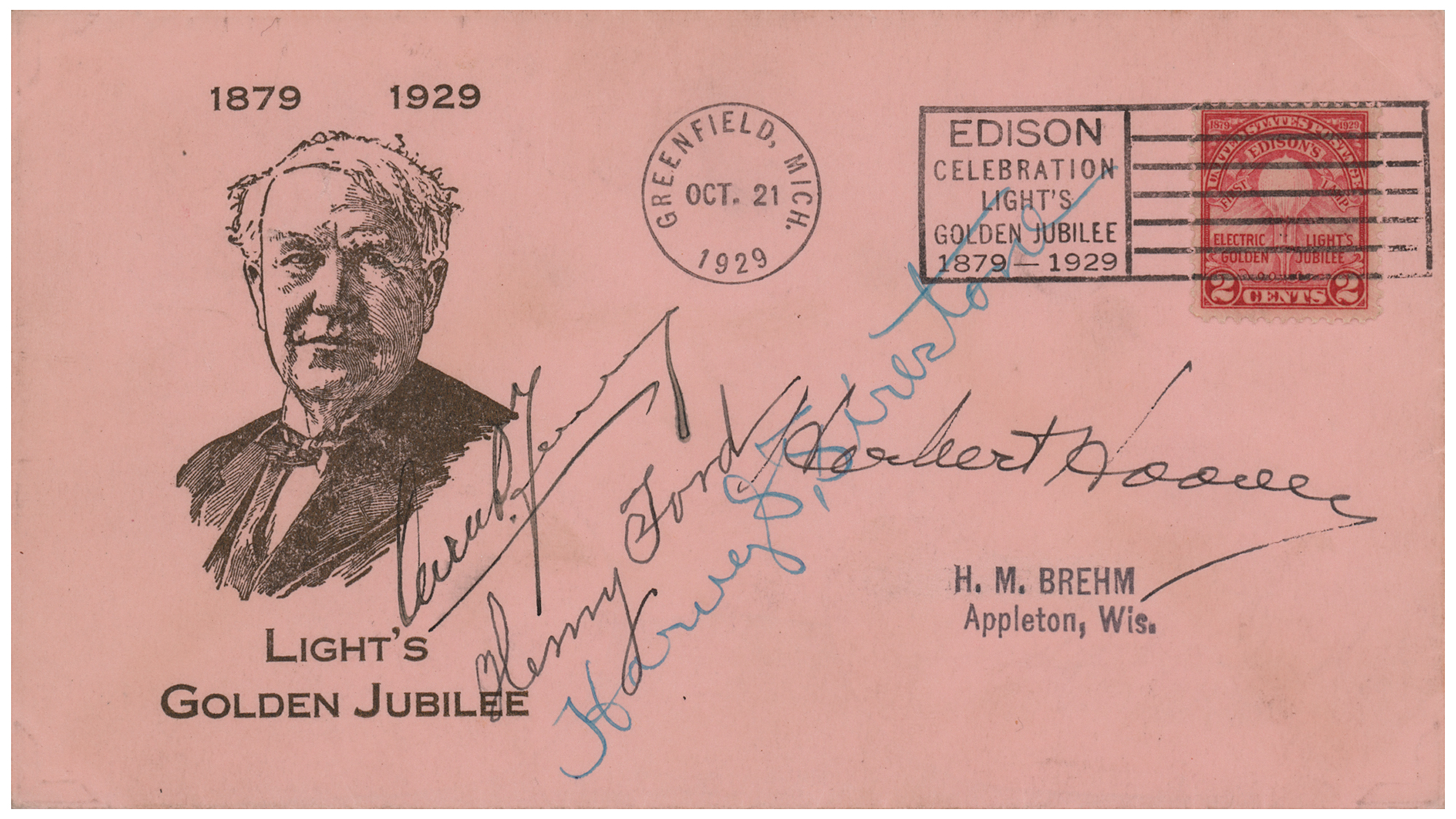 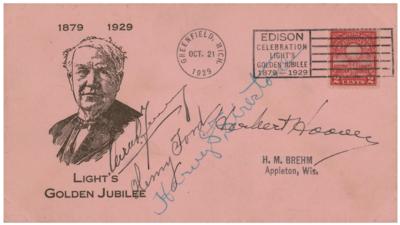 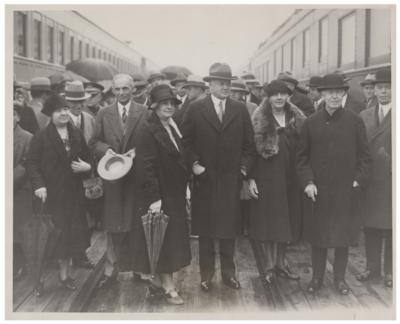 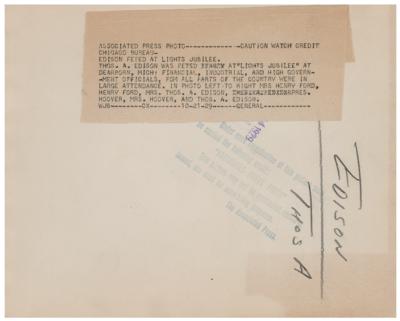 Edison, Ford, and Firestone were close friends who, along with naturalist John Buroughs, styled themselves 'The Illustrious Vagabonds' and traveled the country between 1914 and 1925 on a series of summer camping trips through America. Herbert Hoover was, of course, president of the United States, and Owen D. Young was an industrialist known for founding the Radio Corporation of America (RCA). Accompanied by an original press photo of some of the distinguished attendees at the celebratory event—Edison, Ford, Hoover, and their wives—with an affixed caption on the reverse: "Edison Feted at Lights Jubilee. Thos. A. Edison was feted at 'Light Jubilee' at Dearborn, Mich. Financial, industrial, and high government officials, from all parts of the country were in large attendance." A superb autographed piece from a historic occasion.