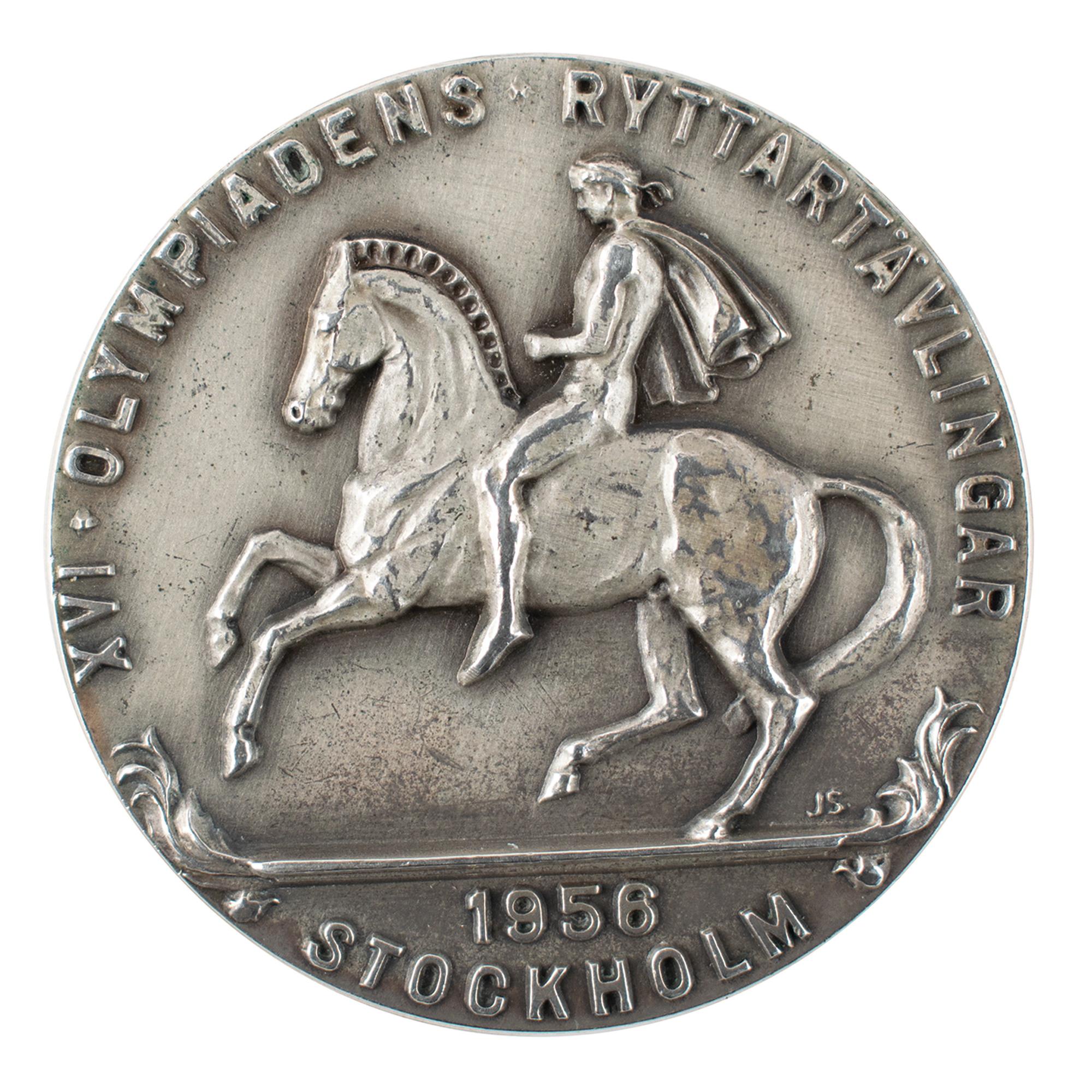 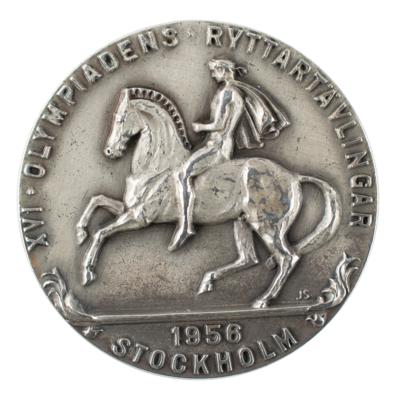 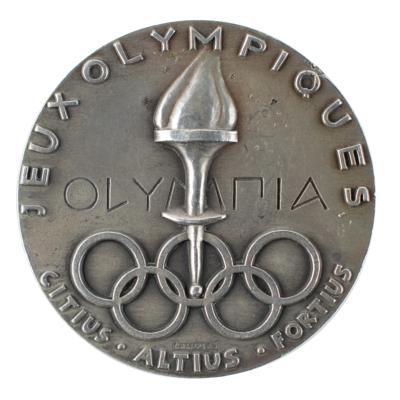 Exceedingly rare winner's medal issued for the Stockholm 1956 Summer Olympics equestrian events. Silver, 50 mm, 106 gm, by V. Falireus/John Sjosvard. The front depicts an ancient Greek horse and rider, inscribed with a Swedish legend, "XVI Olympiadens Ryttartavlingar, 1956, Stockholm." The reverse portrays the torch and Olympic rings, with "Jeux Olympiques" above, and the Olympic motto below, "Citius, Altius, Fortius." The high points and the edge, which is typically stamped with the corresponding hallmark for Lagerstrom and Mjolby, have been polished.

Due to Australian agricultural quarantine regulations, the equestrian events of Melbourne's XVI Olympiad were held five months earlier in Stockholm, Sweden, making the 1956 Summer Games the second Olympics not to be held entirely in one country; the 1920 Olympics, which Antwerp, Belgium co-hosted with Amsterdam and Ostend, were the first. Given the low number of participants in the equestrian events—158 riders competed in six events—any medal from the Stockholm Games remains rare and highly sought-after. In total, only twelve of these Stockholm silver winner's medals were awarded, making it an exceptionally rare Olympic medal.