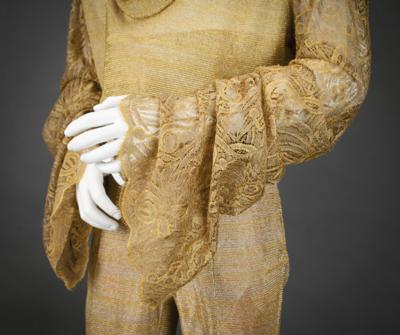 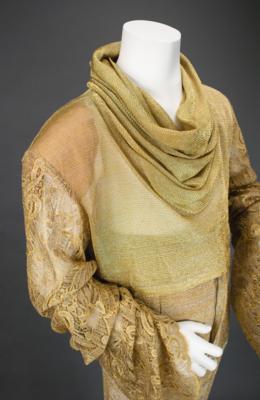 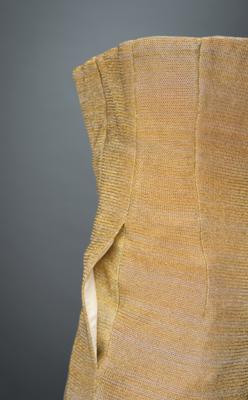 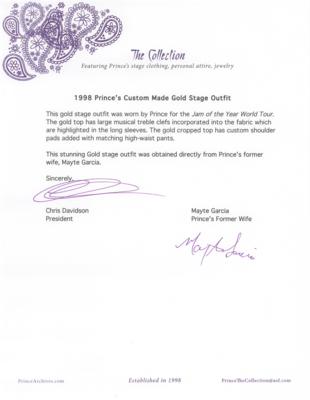 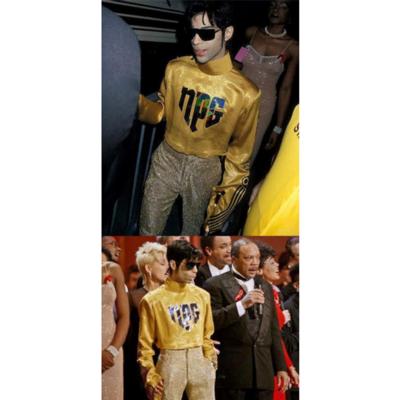 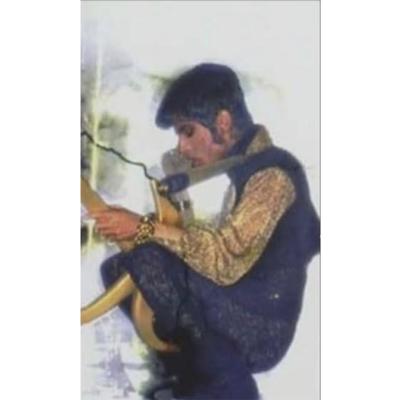 Custom-made gold outfit featuring a crop top worn on stage by Prince during the 1997-1998 Jam of the Year World Tour, and high-waisted slacks that he famously wore at the 22nd American Music Awards on January 30, 1995, an event that concluded with Prince controversially refusing to sing ‘We Are the World’ with an assortment of other gathered pop stars. The crop top with cowl neck features padded shoulders, and long sheer sleeves embellished with large musical treble clefs patterns; and the matching slacks feature a front clasp, side pockets, and built-in stirrups. In overall fine condition. Accompanied by a certificate of authenticity signed by Prince’s former wife, Mayte Garcia, who states that this “gold stage outfit was worn by Prince for the Jam of the Year World Tour.”

The 22nd American Music Awards represent one of the more defining moments in the career of Prince. Riding high on the success of Purple Rain, which had been released to massive acclaim seven months prior, the iconic artist was nominated in 10 categories at the AMAs, and took home awards for Favorite Pop/Rock Album, Favorite Soul/R&B Album, and Favorite Soul/R&B Single (for 'When Doves Cry'), ousting other pop music royalty like Michael Jackson in the process. What made the night most memorable, however, was his very visible dismissal of Quincy Jones and his night-capping rendition of ‘We Are the World,’ which was sung by a chorus of music’s biggest names. Prince, who can be seen enjoying a lollipop center stage, later opted out of singing on the USA for Africa charity single for, well, several reasons, a major one being that he didn’t actually like the song. Not trying to be too much of an agitator, Prince donated the exclusive track, ‘4 the Tears in Your Eyes,’ for the We Are the World album. A stunning and significant Prince offering in terms of both its timeframe and aesthetic beauty.