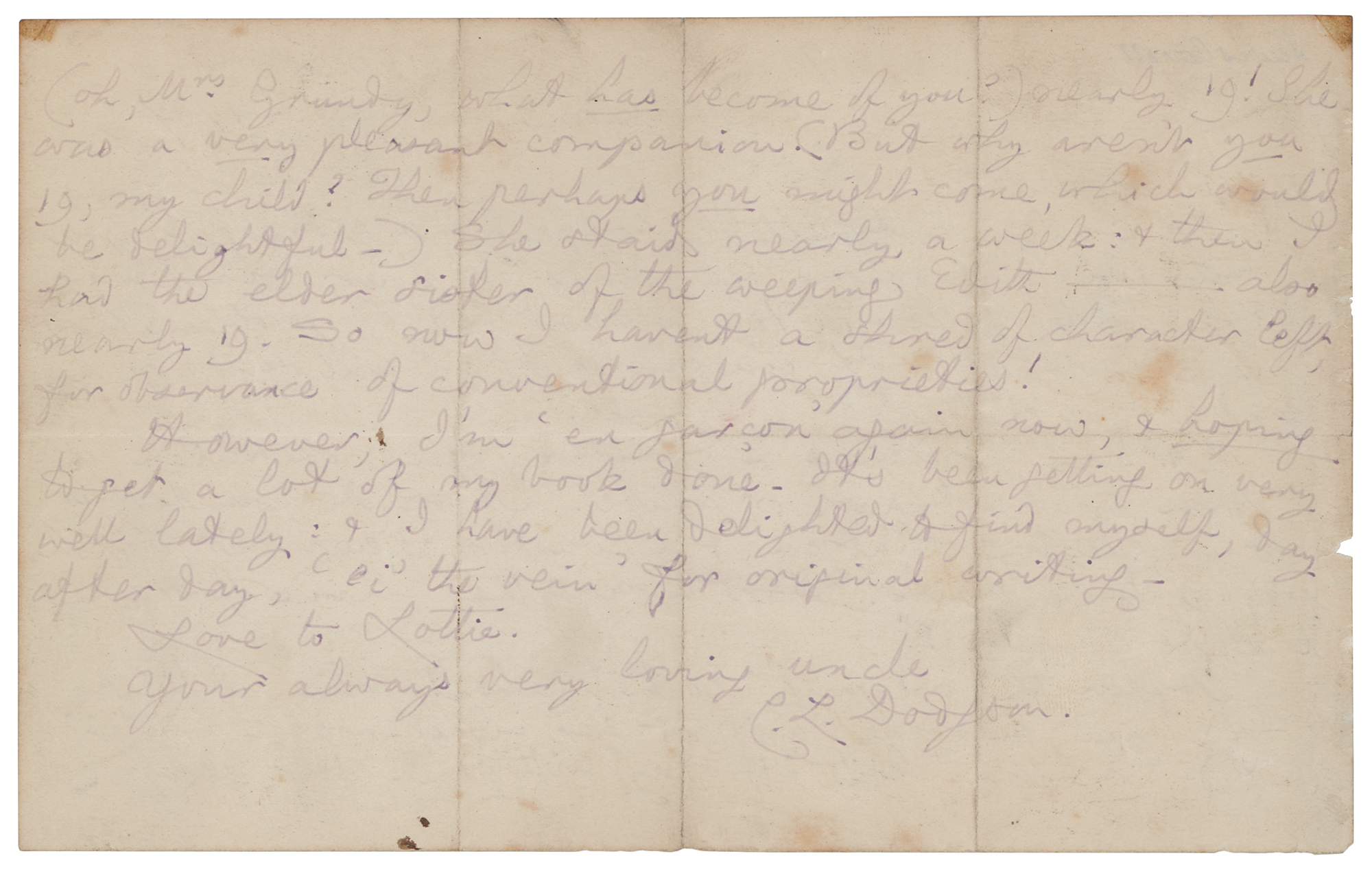 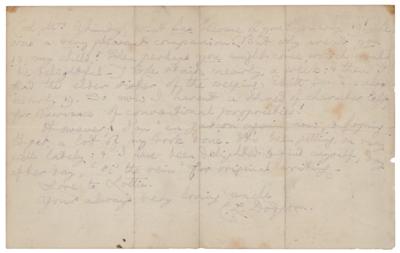 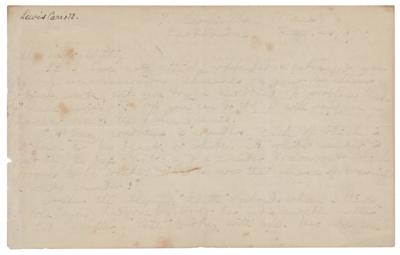 English author and logician (1832-1898) who wrote under the pen name Lewis Carroll, celebrated for Alice's Adventures in Wonderland and its sequel Through the Looking-Glass. ALS signed “C. L. Dodgson,” one page both sides, 8 x 5, September 24, 1887. Letter to "Edith," written from his summer lodgings at 7 Lushington Road, Eastbourne. In part: "If I have not utterly offended & estranged you by my unceremonious remarks on your mathematical work, will you try a new kind of problem that I have devised? If you can do it, I will send you a harder one of the same species. 'A bag contains 3 counters, each of which is known to be black or white. A white counter is put in, the bag shaken, & a counter drawn out, which proves to be white. What is now the chance of drawing a white counter?'

After the weeping 'Edith' (about whom I think I told you) had gone back to her indispensable mother I had another 'Edith' to stay with me. Her age was (oh, Mrs. Grundy, what has become of you?) nearly 19! She was a very pleasant companion. (But why aren't you 19, my child? Then perhaps you might come, which would be delightful.) She staid nearly a week: & then I had the elder sister of the weeping Edith—also nearly 19. So now I haven't a shred of character left, for observance of conventional propensities! However, I'm 'en garcon' again now, & hoping to get a lot of my book done. It's been getting on very well lately: & I have been delighted to find myself, day after day 'oi the vein' for original writing." In very good to fine condition, with scattered small stains, several vertical folds, and the handwriting on the first page extremely light but still readable.