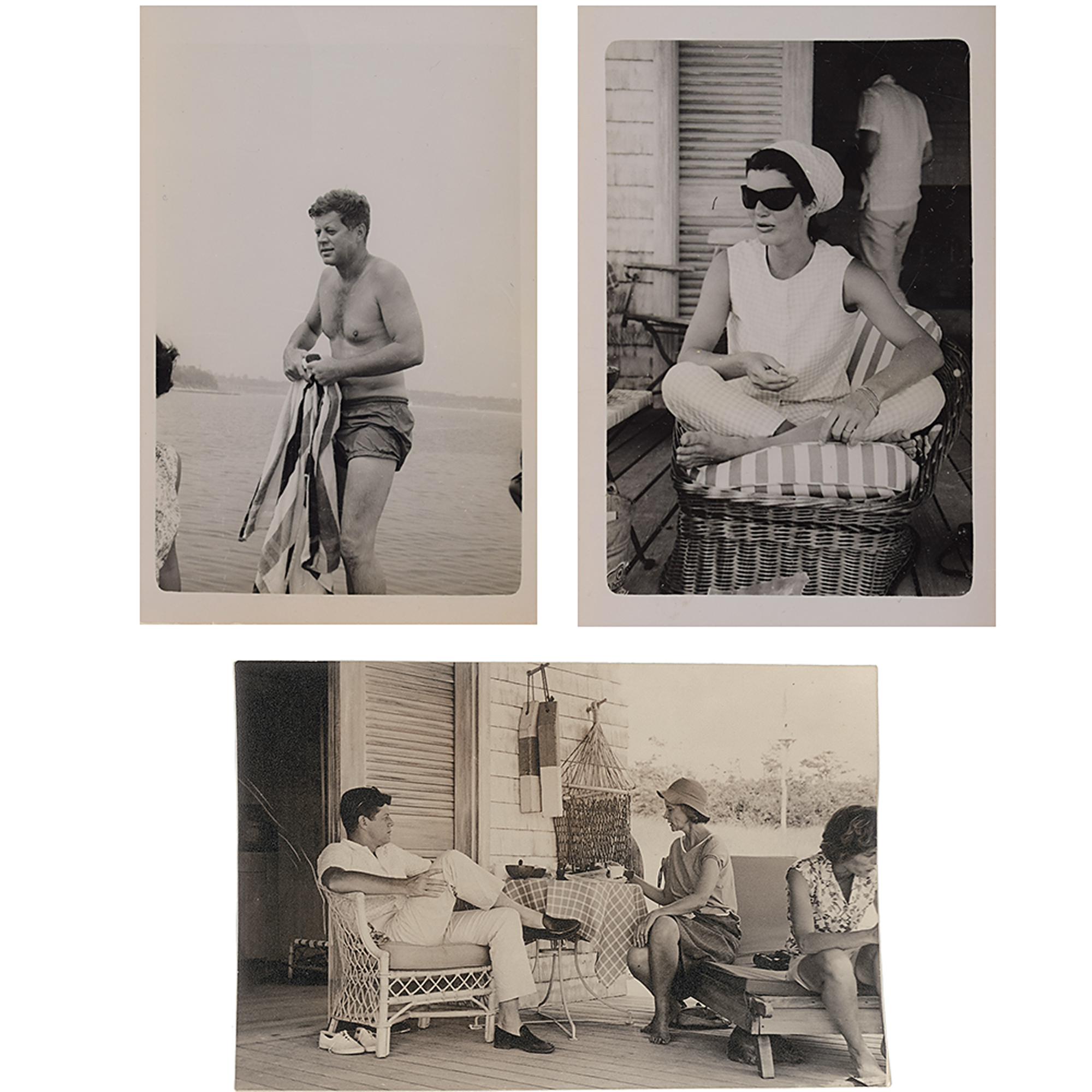 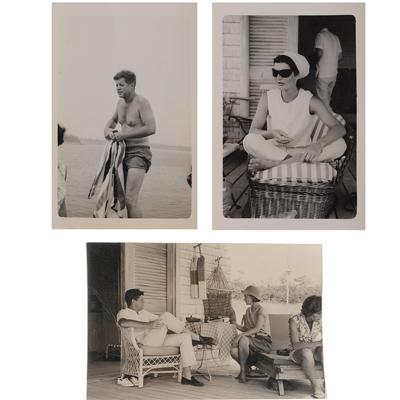 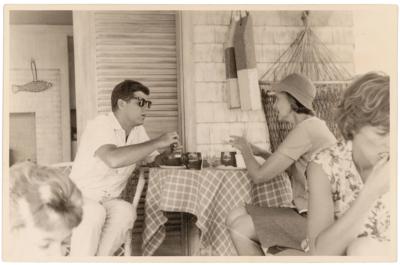 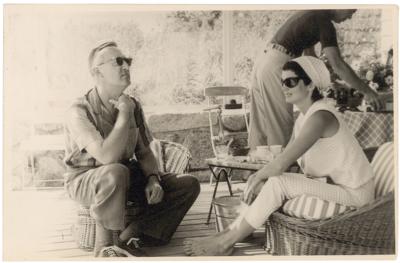 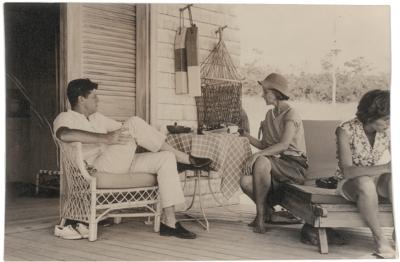 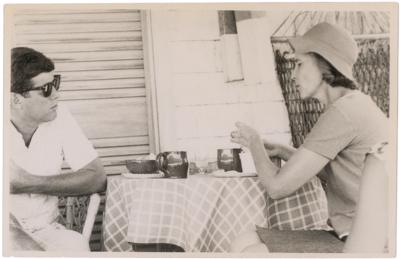 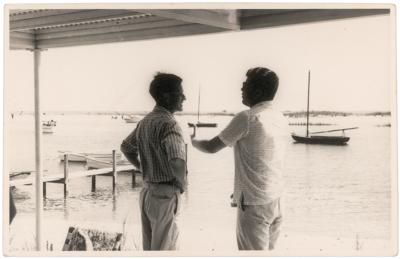 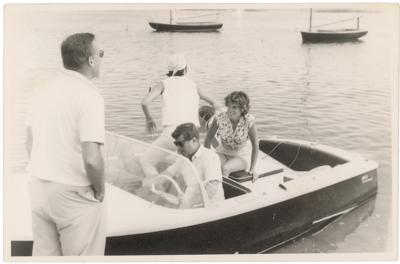 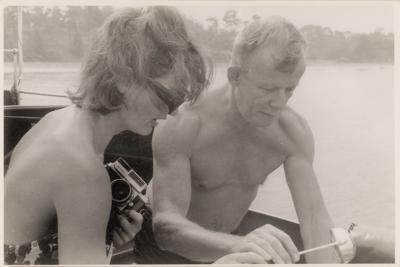 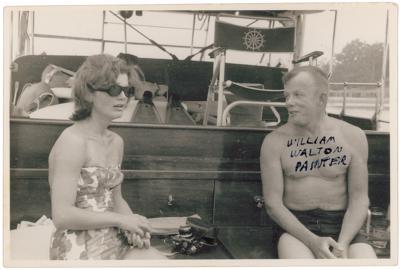 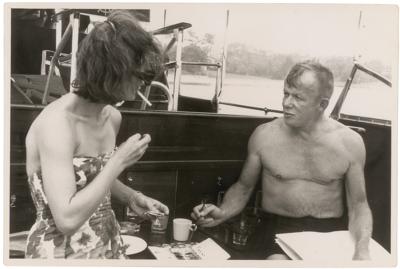 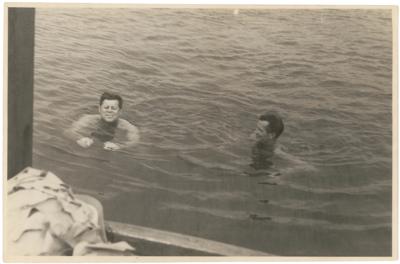 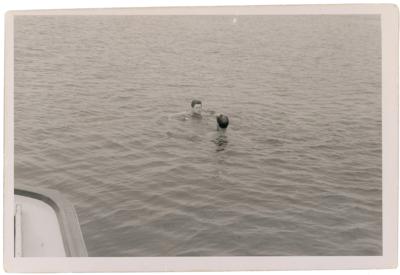 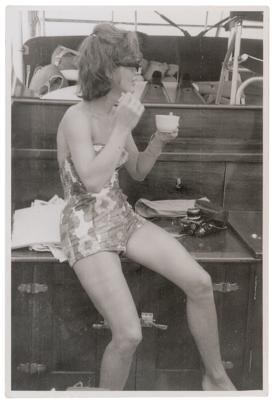 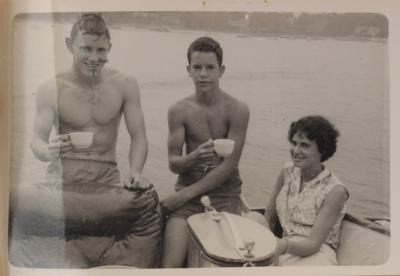 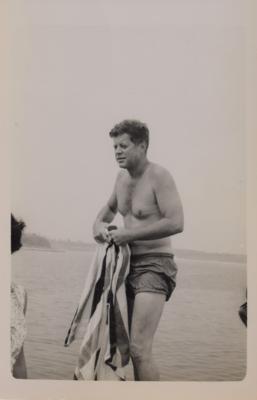 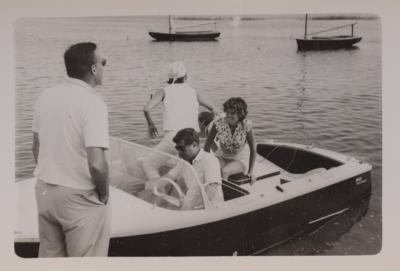 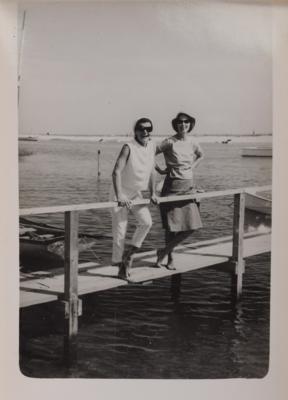 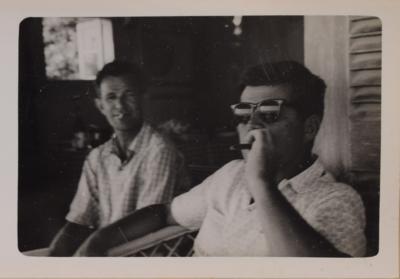 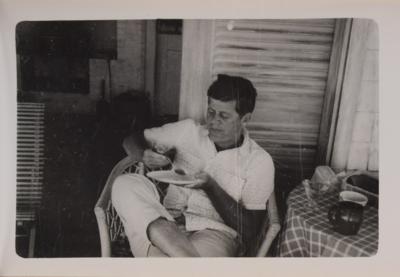 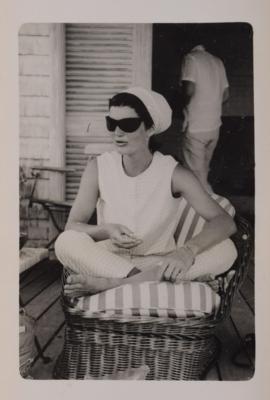 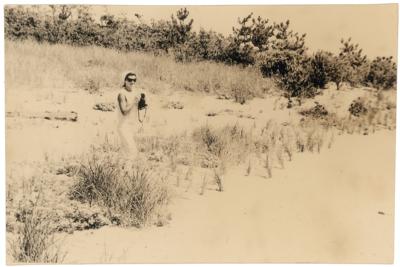 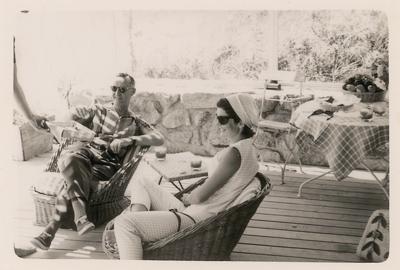 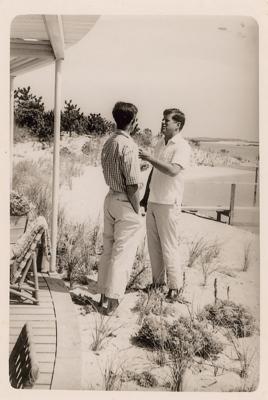 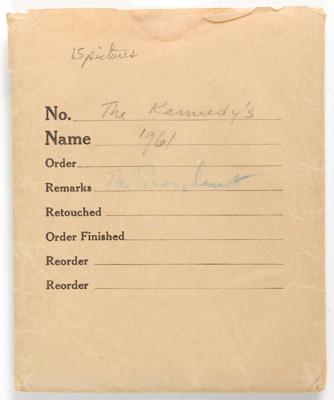 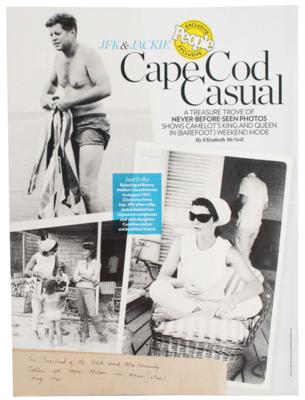 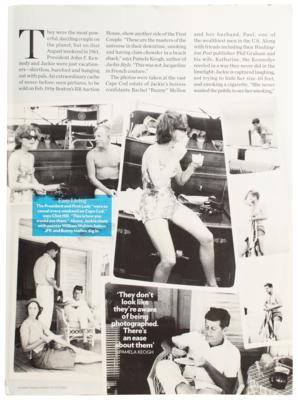 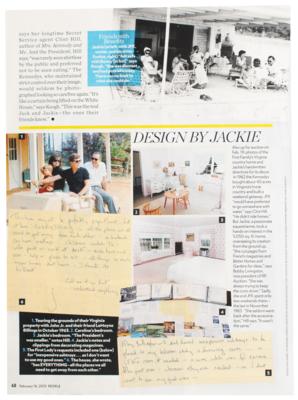 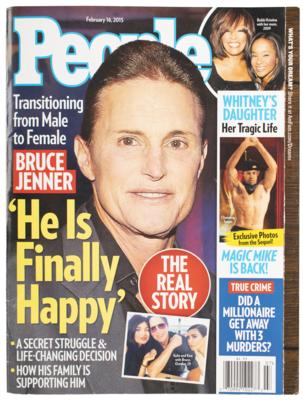 Forty-two (42) one-of-a-kind photographs taken in Aug. 1961 by Katherine Graham: Exceedingly rare casual photographs taken in Aug. 1961 of President Kennedy and the First Lady, and powerful friends Bunny and Paul Mellon and Washington Post publisher Phil Graham and his wife Katherine. Photos of the Kennedy's with their friends relaxing at a clambake, boating and swimming at the 26-acre Mellon estate, set in Cape Cod's Osterville, featuring 1,000 feet of continuous shoreline. Despite being at their sprawling estate these photographs were taken unpretentiously at their beach shack. The Mellon home was one town over from the Kennedy Compound in Hyannis Port, rendering it prime territory for the Kennedy's to make quick trips and spend some quality time with friends.

The PEOPLE Magazine EXCLUSIVE—Cape Cod Casual: rare and previously unseen images of the President and First Lady relaxing at Bunny Mellon's beach house in 1961. Seldom seen images of JFK eating, swimming, smoking, and chatting. Jackie never wanted the public to see her smoking as she is seen doing so in these photos.

Photos also of Washington Post publisher Phil Graham with his wife Katherine. Shockingly within 2 years of these photos Phil Graham would commit suicide on Aug. 3, 1963 at age 48 and President Kennedy would lose his life about 4 months later.

The cover of the booklet bears a handwritten notation stating: “The President of the USA and Mrs. Kennedy taken at Mrs. Melon [sic] in Mass. (Cotuit), Aug. 1961, Photos by Mrs. Graham.”

- Jackie Kennedy barefoot—very rare photograph as Jackie was known to be self conscious of her size 10 shoe size.

- The President drying off after coming out of the water

- Jackie drinking a cup of coffee onboard with her camera by her side.

- Paul Mellon and Jackie in conversation

- Jackie the photographer on the Mellon shoreline