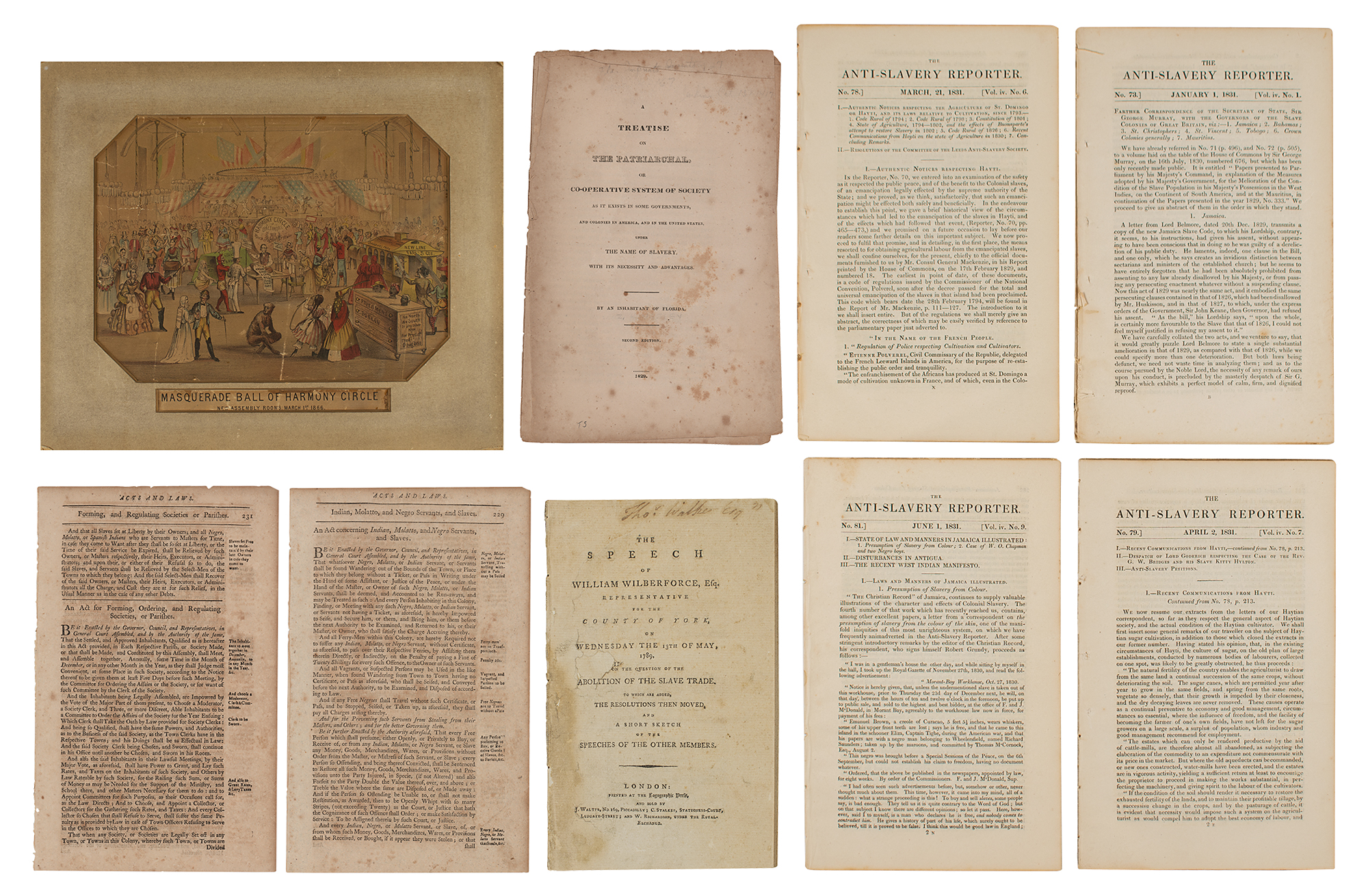 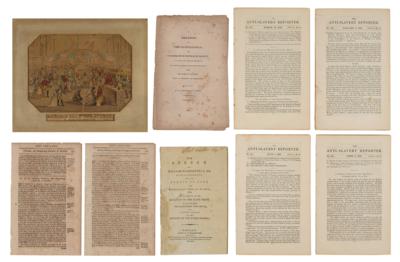 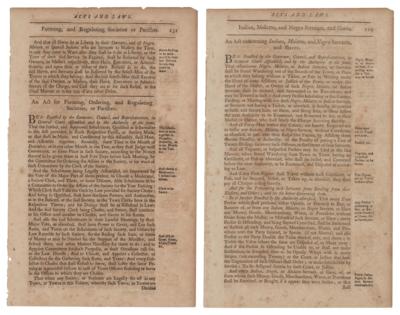 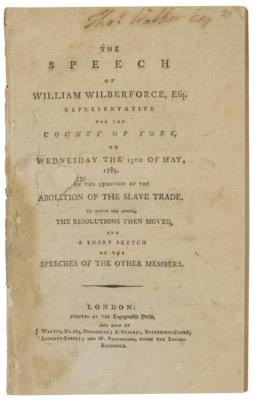 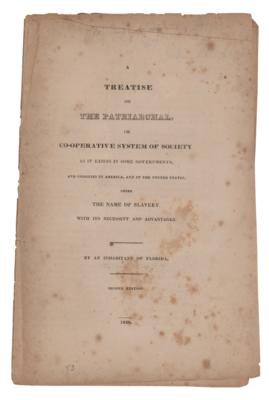 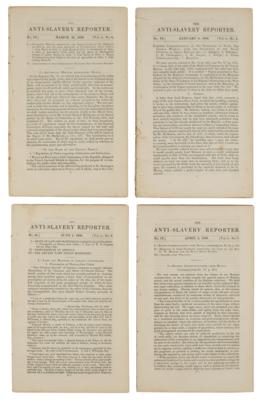 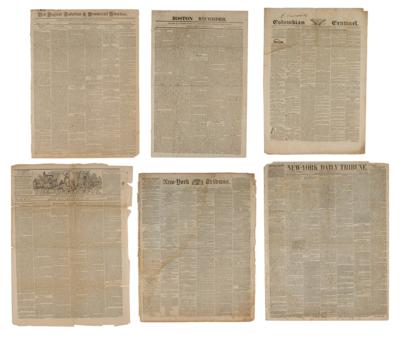 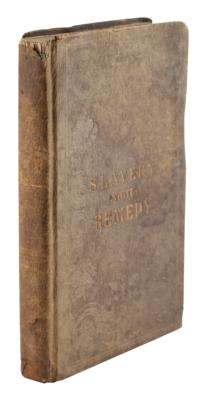 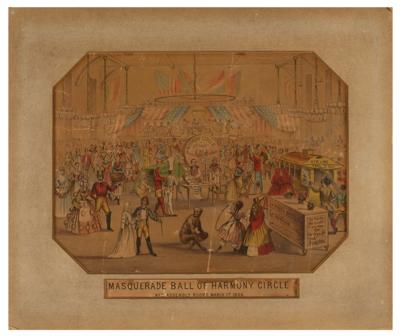 Collection of important slavery-related ephemera from the 18th and 19th centuries, including:

1. Two pages from the "Acts and Laws" of the State of Connecticut, printed in New London in 1784 by Timothy Green, with "an Act concerning Indian, Molatto, and Negro Servants, and Slaves," declaring "Free Negroes not to Travel without a Pass" and that "Slaves set Free to be maintain'd by their late Owners in case they come to want."

2. Booklet entitled "The Speech of William Wilberforce, Representative for the County of York, on Wednesday, the 13th of May, 1789, on the Question of the Abolition of the Slave Trade," printed at London by the Logographic Press, 76 pages, with substantial damage to the last few pages.

3. Disbound pro-slavery booklet entitled "A Treatise on the Patriarchal or Co-Operative System of Society as it exists in some governments, and colonies in America, and in the United States, under the Name of Slavery, with its necessity and advantages," by an Inhabitant of Florida [Zephaniah Kingsley], 16 pages, second edition, 1829.

5. First edition of Slavery and Its Remedy by William McMichael, published in Pittsburgh in 1856 by J. S. Davidson, hardcover bound in original cloth, 221 pages.

In overall good to fine condition.