Lot #629
Frank Zappa's Handwritten Orchestral Arrangement for 'Think It Over'

Zappa's handwritten arrangement for 'Think It Over,' the future title track for The Grand Wazoo 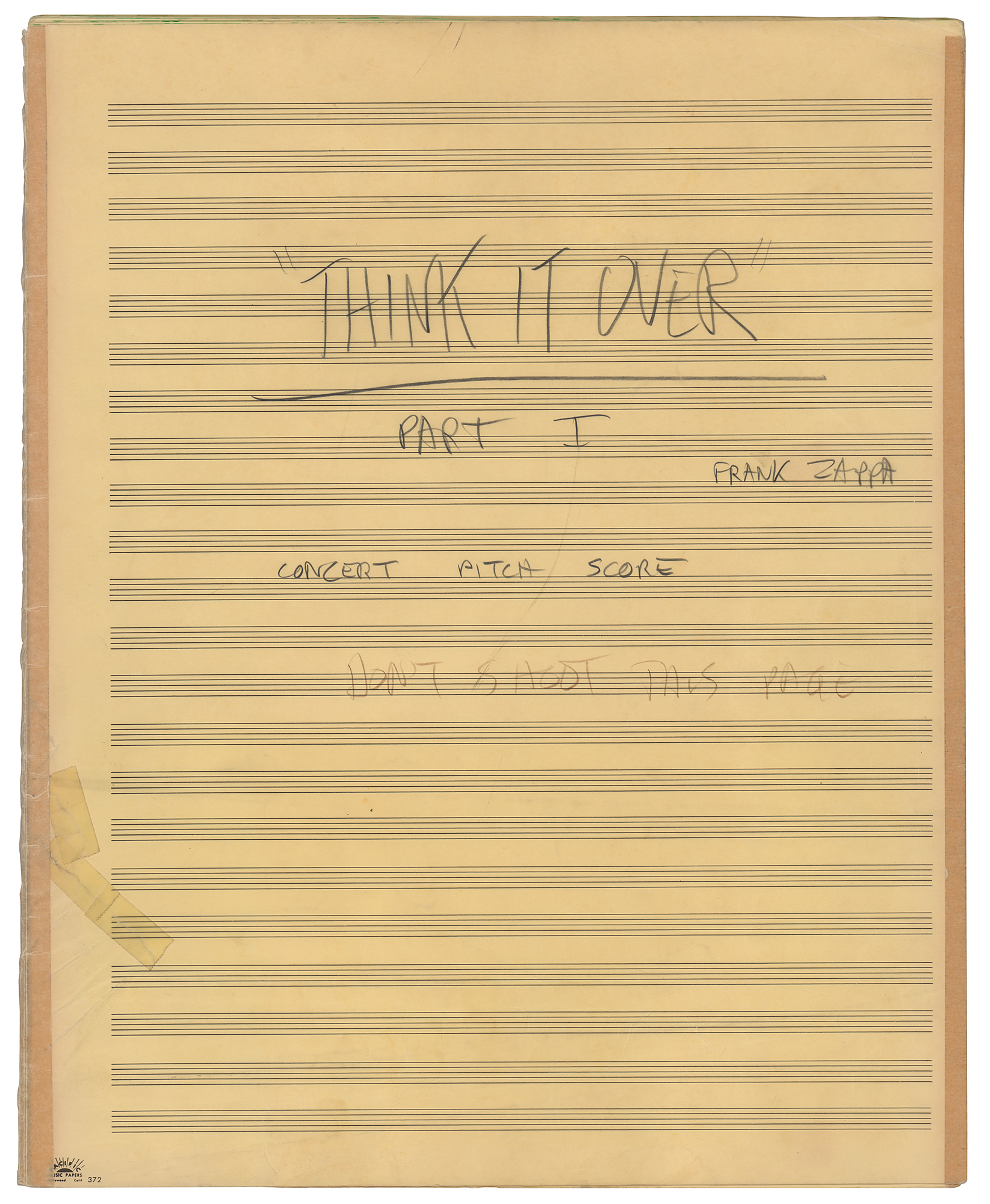 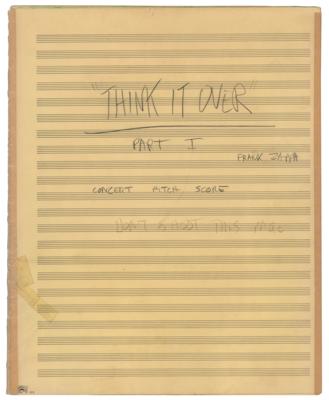 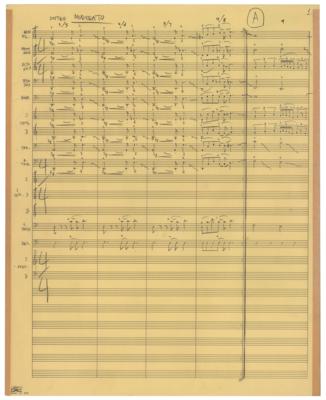 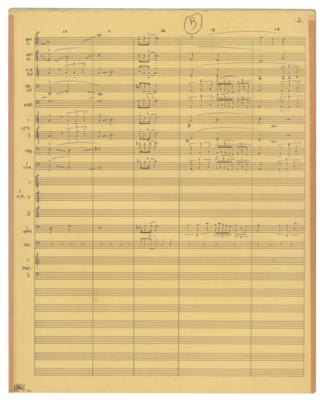 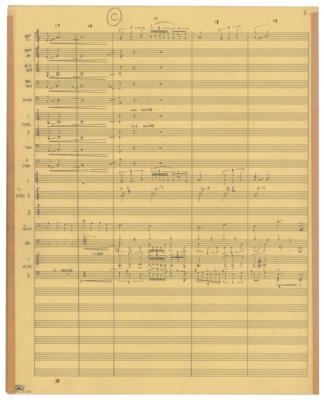 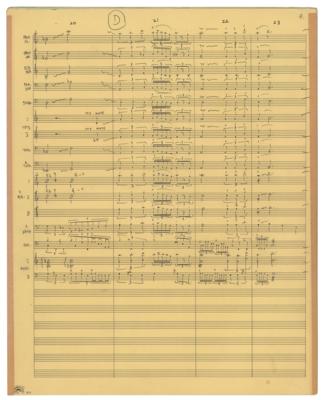 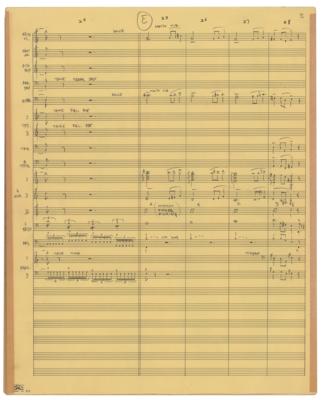 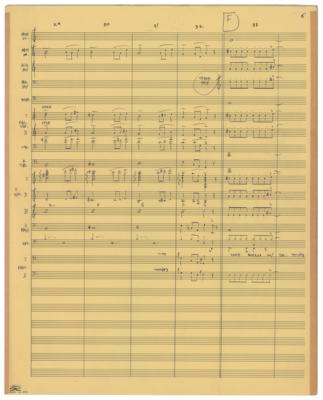 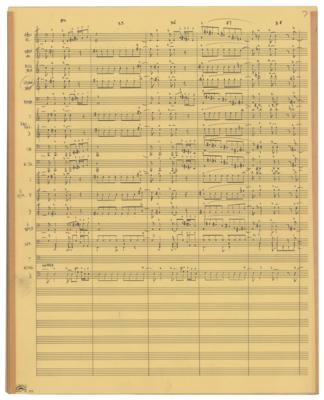 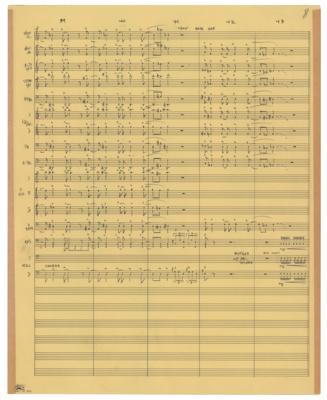 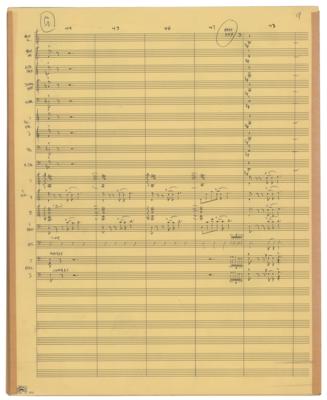 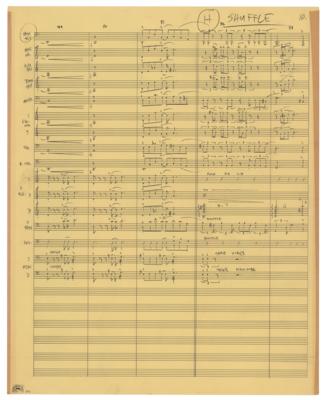 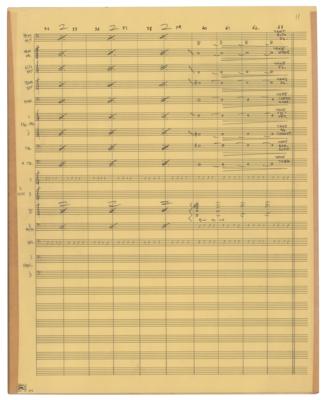 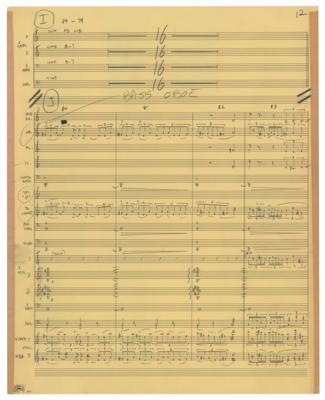 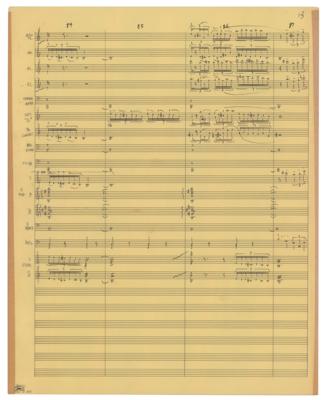 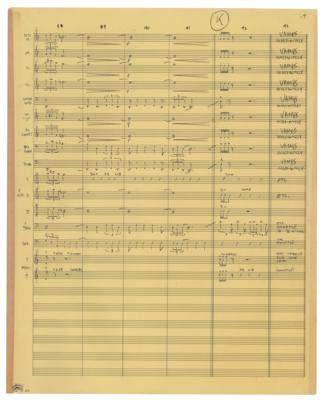 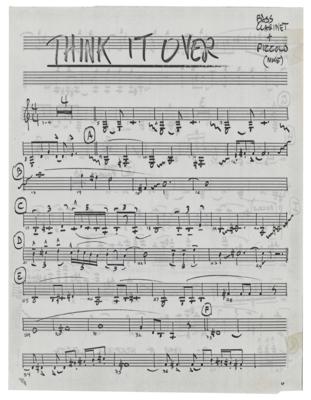 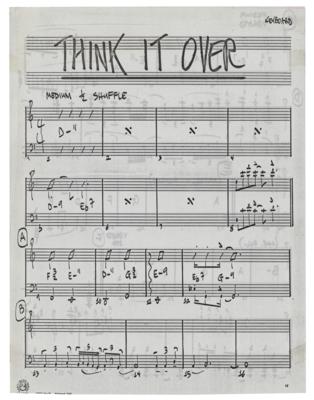 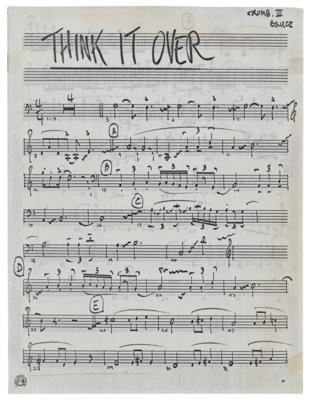 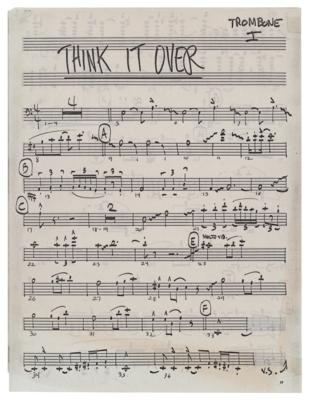 Zappa's handwritten arrangement for 'Think It Over,' the future title track for The Grand Wazoo

One-of-a-kind original 14-page orchestral arrangement by Frank Zappa for the song ‘Think It Over,’ written as part of the unrealized two-act Broadway stage production Hunchentoot, a science-fiction musical conceived by Zappa while he recovered from his near-fatal attack at the Rainbow Theatre in December 1971. The tape-bound manuscript, 12.25 x 15, is comprised of 14 musically lined sheets that are meticulously and entirely annotated in pencil by Zappa, who incorporates his signature on the cover sheet: “‘Think It Over,’ Part I, Frank Zappa, Concert Pitch Score, Don’t Shoot This Page.”

Included with the manuscript are ozalid copies of four sets of instrumental parts for ‘Think It Over,’ which Zappa had originally annotated in black ink. Instruments include: Keyboard (4 pages), Bass Clarinet and Piccolo (2 pages, with mention of “Mike,” presumably reed master Mike Altschul), Trombone I (3 pages), and Trombone III (3 pages, with mention of “Bruce,” presumably trombonist Bruce Fowler). In fine condition, with two taped tears to the cover of the bound score.

Accompanied by a letter of authenticity from Rockaway Records, which affirms that the manuscript and instrumental copies derive from the personal collection of Marty Perellis, the road manager for Zappa’s The Grand Wazoo Tour in 1972, and that they have been authenticated by David Ocker, Zappa’s music copyist from 1977-1984, and by a copy of a detailed letter of authenticity from Richard Emmet, who worked for Zappa as a music copyist from 1978 to 1983, and states: "With my background working for Frank, I am familiar with his penmanship as well as his musical notation style. And with my experience in the music world, I believe I have a solid understanding of the thought processes and techniques that are involved in creating music and preparing it for performance. Therefore, I believe I'm in a good position to offer my thoughts and opinions on this material."

‘Think It Over’ was both a song and an instrumental piece that was to be used in the ambitious unproduced stage play Hunchentoot. When Zappa had regained enough strength, he embarked on The Grand Wazoo Tour in the fall and included the song on the nightly setlist, later releasing the track under the new title, ‘The Grand Wazoo,’ which became the title track for the eighth studio album by The Mothers of Invention. ‘Think It Over’ was later featured on the 2004 album Joe's Domage, where it serves as an interesting, seldom-heard predecessor to ‘The Grand Wazoo.’

As quoted from Zappa and Peter Occhiogrosso's 1989 book, The Real Frank Zappa Book: 'The process of preparing a score is an endless job. After you have written hundreds of pages of dots upon dots and checked them to make sure you didn't make a mistake, somebody has to copy the parts. Each score page shows the conductor what everybody in the orchestra is supposed to be doing at any given moment during the piece. One page of full orchestral score that takes forty-five seconds to play can take sixteen hours to draw.'