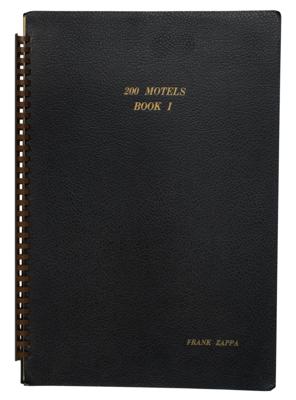 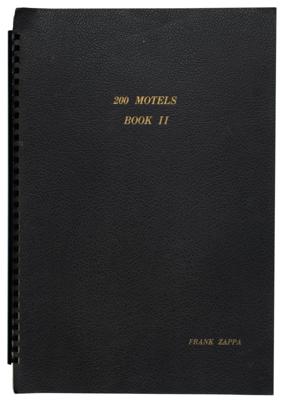 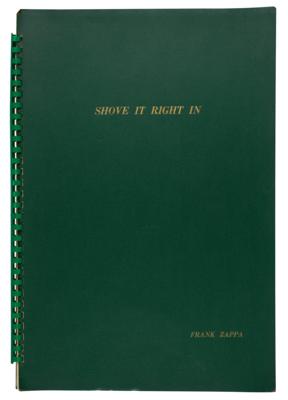 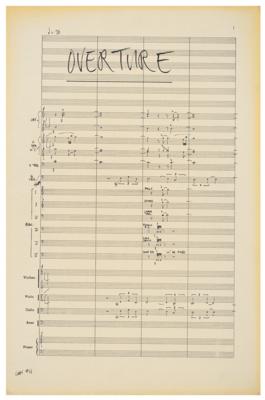 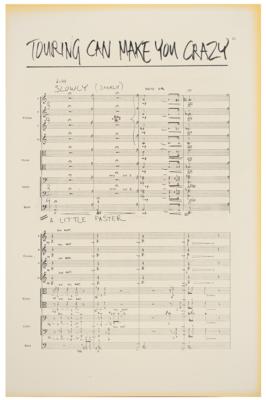 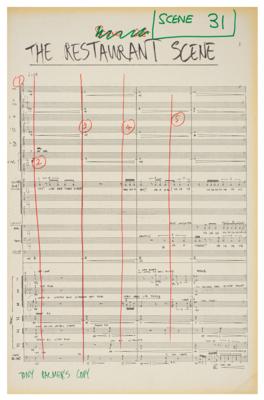 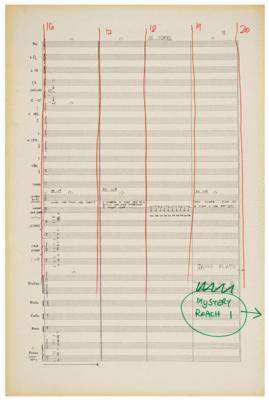 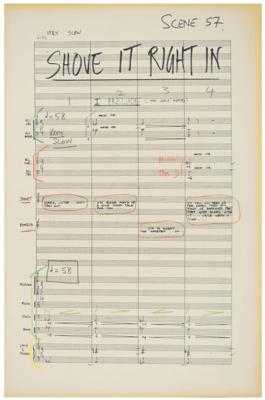 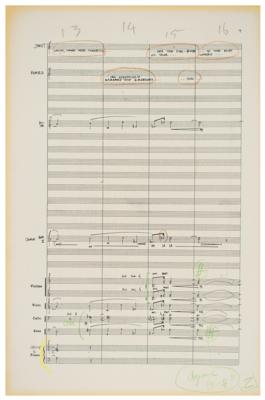 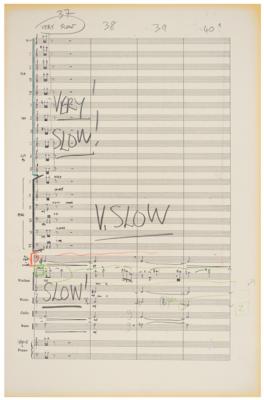 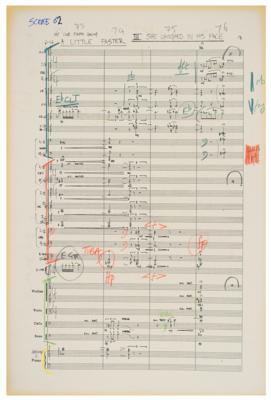 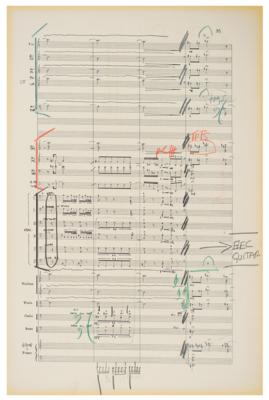 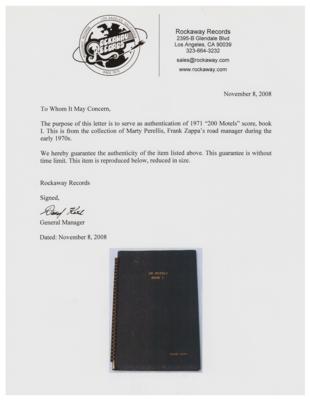 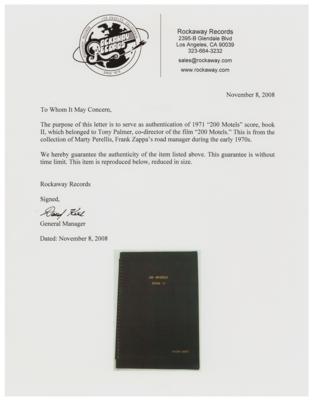 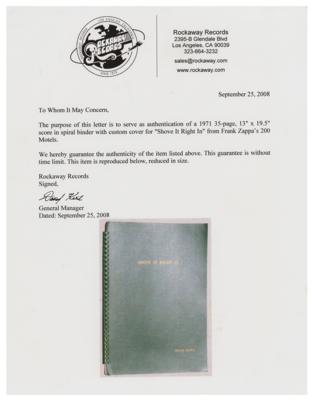 Collection of three original orchestral score booklets used in the production of Frank Zappa’s 1971 surreal musical film 200 Motels, with the front covers respectively gilt-titled as follows: “200 Motels, Book I,” “200 Motels, Book II,” and “Shove It Right In,” each with Zappa’s name printed in the lower right corner. These spiral-bound score booklets, each 13.75 x 19.5, contain reproductions of Zappa’s original handwritten arrangements, with many pages also bearing handwritten corrections by Zappa.

The first, “200 Motels, Book I,” 88 pages, is marked on the first page as “Copy #4,” and features arrangements for the following pieces: “Overture,” “Touring Can make You Crazy,” “Went on the Road…,” “Centerville,” “This Town Is a Sealed Tuna Sandwich,” and “The Tuna Sandwich Ballet.”

The second, “200 Motels, Book II,” 18 pages, intended for “The Restaurant Scene,” is marked on the first page in green felt tip by Zappa, who crosses out “Scene 28,” adds “Scene 31,” and notes that the booklet is “Tony Palmer’s Copy” in the bottom margin. In the lower right of the last page, Zappa squiggles out a line and adds in a circle: “Mystery Roach 1.” Instances of red felt tip are believed to belong to the film’s co-director, Tony Palmer, this being his copy.

The third, “Shove It Right In,” 37 pages, intended for scenes 57-65. Given its abundance of handwritten musical notations throughout, this booklet is strongly presumed to have been used by conductor Elgar Howarth, who conducted the Royal Philharmonic Orchestra for the film’s score. Although much of the handwritten annotations, achieved in multicolored pencil, are believed to be Howarth’s, many also appear to be in the hand of Zappa, whose telltale use of the uppercase can be found on several pages. In overall fine condition. Accompanied by letters of authenticity from Rockaway Records, which affirms that the booklets derive from the personal collection of Marty Perellis, Zappa’s road manager during the early 1970s, and by a detailed letter of authenticity from Richard Emmet, who worked for Zappa as a music copyist from 1978 to 1983, and states: "With my background working for Frank, I am familiar with his penmanship as well as his musical notation style. And with my experience in the music world, I believe I have a solid understanding of the thought processes and techniques that are involved in creating music and preparing it for performance. Therefore, I believe I'm in a good position to offer my thoughts and opinions on this material."

As quoted from Zappa and Peter Occhiogrosso's 1989 book, The Real Frank Zappa Book: 'The process of preparing a score is an endless job. After you have written hundreds of pages of dots upon dots and checked them to make sure you didn't make a mistake, somebody has to copy the parts. Each score page shows the conductor what everybody in the orchestra is supposed to be doing at any given moment during the piece. One page of full orchestral score that takes forty-five seconds to play can take sixteen hours to draw.'