Signed at the famed 1963 Royal Variety Performance, with photo evidence of the Lennon autograph 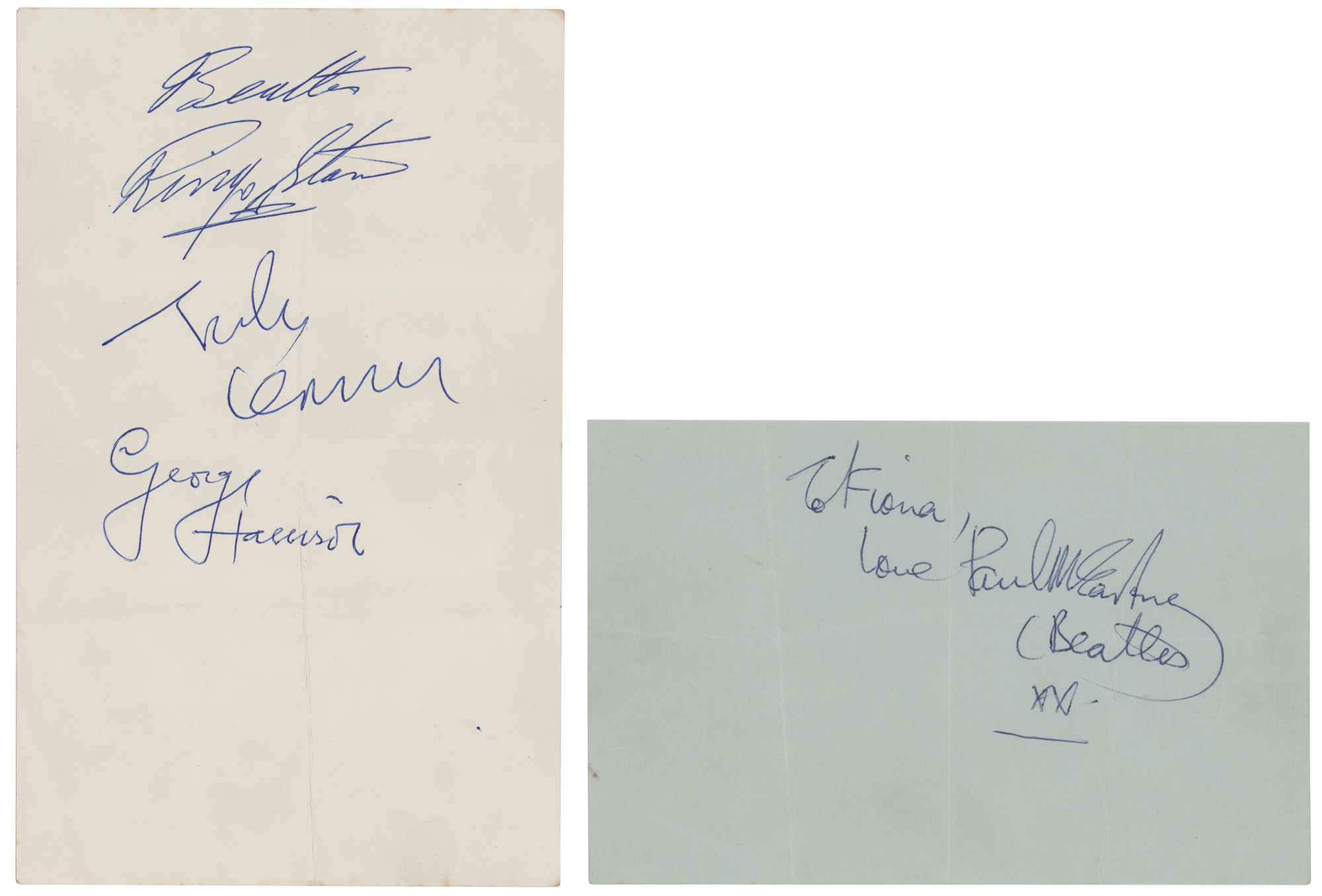 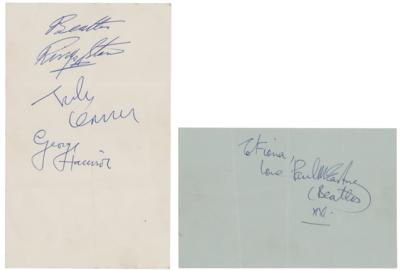 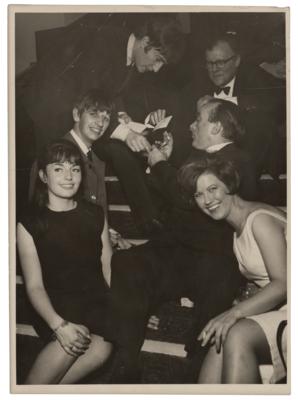 Signed at the famed 1963 Royal Variety Performance, with photo evidence of the Lennon autograph

Desirable pairing of two sheets containing complete Beatles autographs from 1963: an off-white 5 x 8 sheet signed in blue ballpoint, “Beatles, Ringo Starr,” “John Lennon,” and “George Harrison”; and a light blue 6 x 3.75 sheet signed and inscribed in blue ballpoint, “To Fiona, Love Paul McCartney (Beatles), xx.” Includes a vintage glossy 4.75 x 6.5 photo of Starr and Lennon, which depicts the latter being handed a pen and holding the very signed page offered here. In very good to fine condition, with intersecting folds to both sheets, and some creasing to the accompanying candid photo.

Accompanied by a certificate of authenticity from Tracks, and by a letter of provenance from the daughter of the original recipient: “The Beatles autographs date from 4 November 1963 when they performed in the Royal Variety performance at the Prince of Wales Theatre, in the presence of H. M. Queen Elizabeth, the Queen Mother. The photograph shows John signing the autograph for my father, the actor Gerald James, who was taking part in the performance as one of the Pickwickians with Harry Secombe, with Ringo in the foreground, taken during the performance.”

The band's selection as part of the Royal Variety Performance at London’s Prince of Wales Theatre on November 4, 1963, did much to propel Beatlemania across the whole of England. The group performed four songs—'From Me to You,' 'She Loves You,' 'Till There Was You,' and 'Twist and Shout'—and when ITV broadcasted the show a week later on November 10, an estimated 21 million people tuned in. This was also the event where John Lennon took a jab at the Crown with his famous bit of stage banter: ‘For our last number I'd like to ask your help. The people in the cheaper seats clap your hands. And the rest of you, if you'd just rattle your jewelry.’