"The Final Concerts" of New York's Fillmore East, with Zappa, Lennon, King, and the Allman Brothers 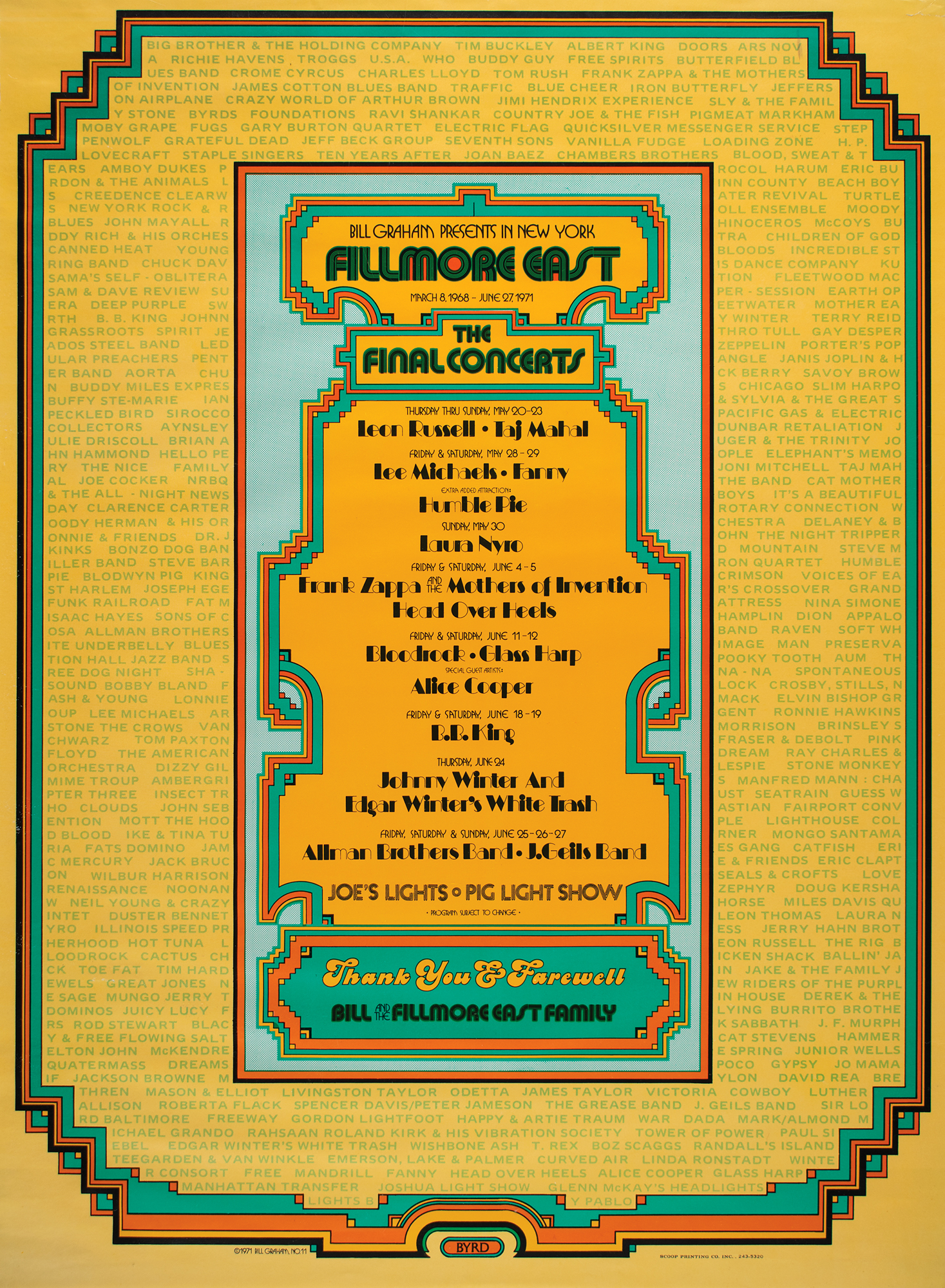 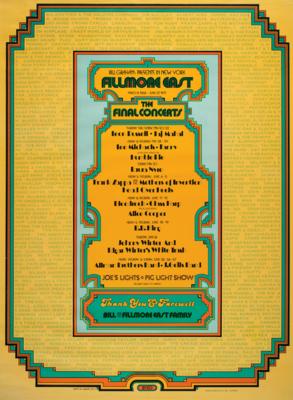 "The Final Concerts" of New York's Fillmore East, with Zappa, Lennon, King, and the Allman Brothers

Original color 18 x 24.5 poster for "The Final Concerts" of New York's famed Fillmore East music venue in May and June of 1971, which lists the following dates and performances: Leon Russell and Taj Mahal on May 20-23; Lee, Michaels, Fanny, and Humble Pie on May 28 and 29; Laura Nyro on May 30; Frank Zappa and The Mothers of Invention, and Head Over Heels on June 4 and 5; Bloodrock, Glass Harp, and Alice Cooper on June 11 and 12; B. B. King on June 18 and 19; Johnny Winter and Edgar Winter's White Trash on June 24; and the Allman Brothers Band and the J. Geils Band on June 25-27. The background of the poster features the large assortment of musical acts that Bill Graham had perform at the venue. Rolled and in fine condition, with a small tear to upper right edge.