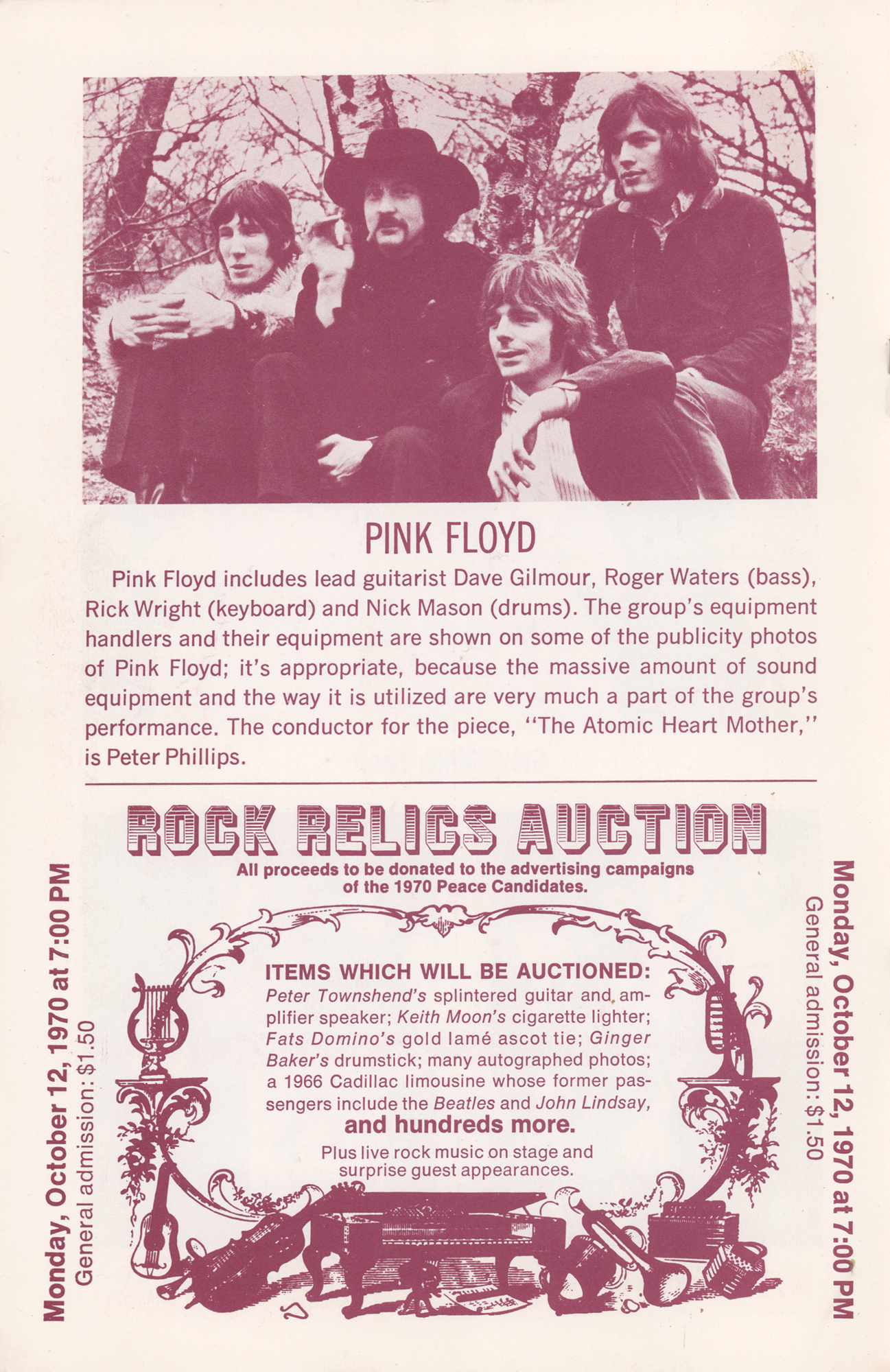 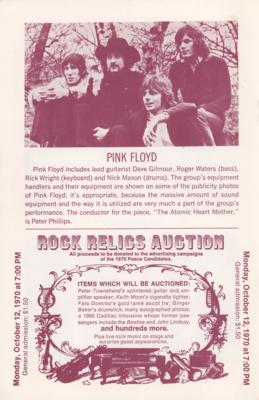 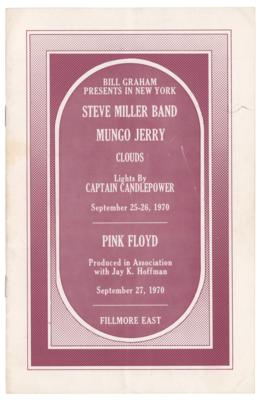 Concert program for Pink Floyd at the Fillmore East, New York, on September 27, 1970, 5.5 x 8.5, eight pages, featuring a biographical blurb and image of the group inside. Also includes information about the Steve Miller Band shows on the two preceding days. In very good to fine condition, with light handling wear and a central vertical fold.

In the fall of 1970, while a relative hit in the U.K., Pink Floyd was a little less than a sure bet across the pond. The band had soldiered on admirably in the wake of the dismissal of its frontman Syd Barrett, but American promoters were still skeptical of their ability to draw a crowd, Graham being chief among them. When it came time for Pink Floyd to tour the U.S. for the first time that year, Graham opted not to promote the gig and instead rented out the Fillmore East to the band at the cost of $3,000. Pink Floyd ultimately managed to sell out the venue, and put on a tremendous sonic and visual display by performing their then-latest album, Atom Heart Mother, in its entirety. To help them achieve the same sounds they had committed to vinyl, the group brought in a 10-piece horn section as well as a 20-piece choir. This was the first time that Americans audiences really got to experience the brain-frying sensory overload of seeing Pink Floyd live. It wouldn’t be the last.