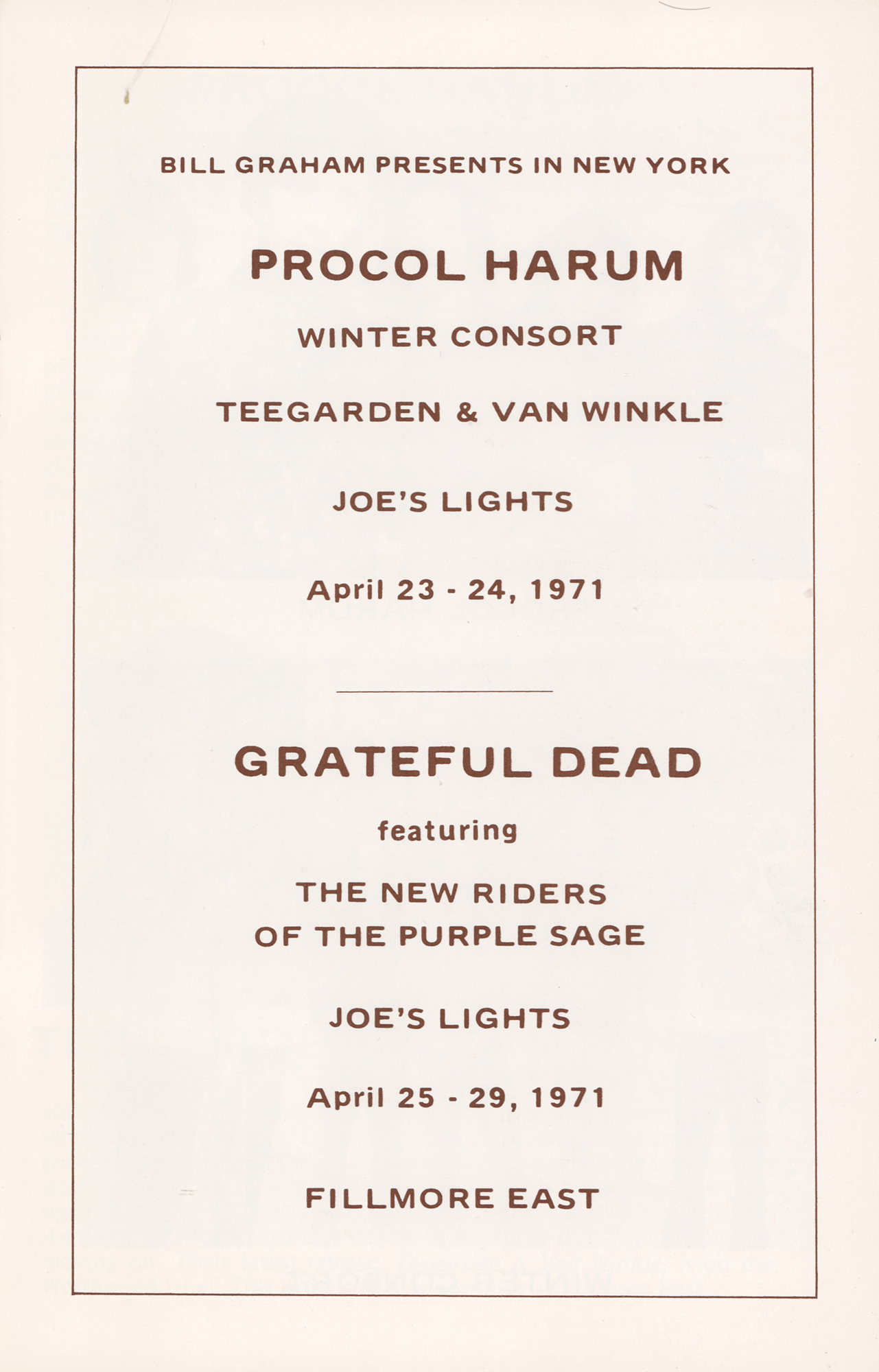 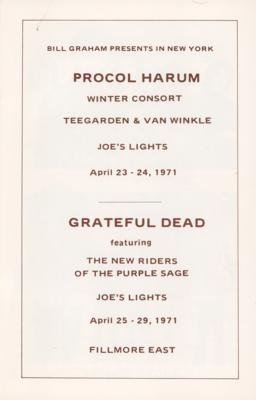 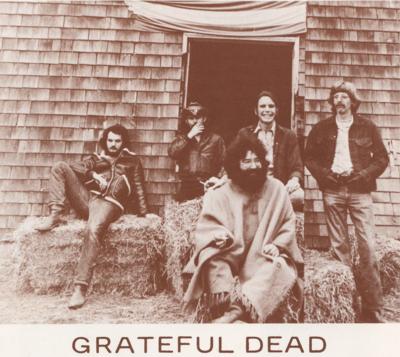 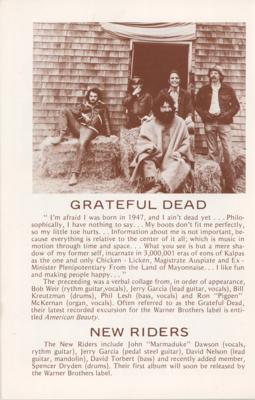 Program for shows by Procol Harum and the Grateful Dead at the Fillmore East from April 23-29, 1971, 5.5 x 8.5, 24 pages, featuring images and short biographies of the groups. Supporting acts included Winter Concsor, Teagarden & Van Winkle, and The New Riders of the Purple Sage. In fine condition, with a ballpoint annotation to the back cover.