Janis introducing her new band with the Grateful Dead 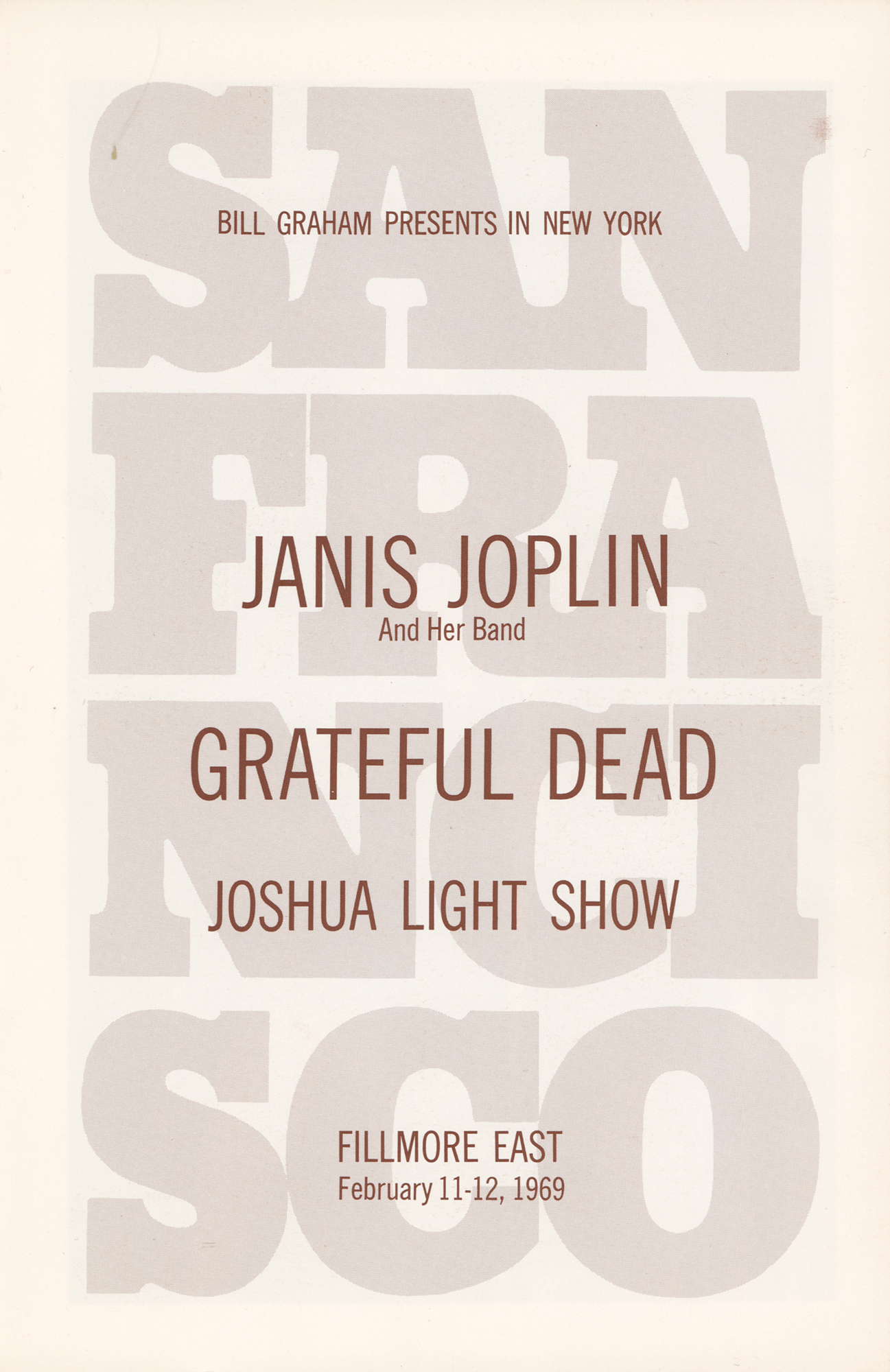 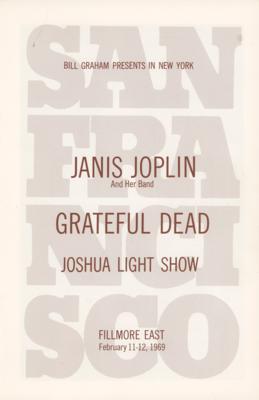 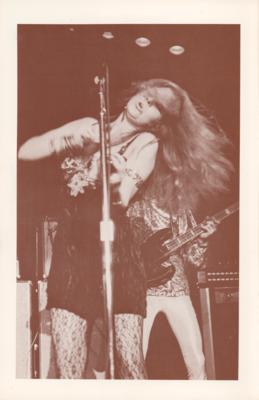 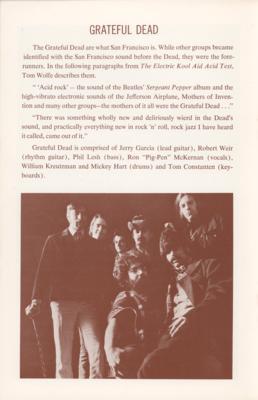 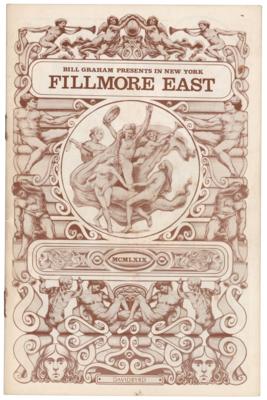 Janis introducing her new band with the Grateful Dead

Desirable program for Janis Joplin and the Grateful Dead at the Fillmore East on February 11-12, 1969, 5.5 x 8.5, 24 pages, featuring biographies and images of both legendary acts. The Dead helped to introduce Joplin as a solo artist by serving as her support act, a rarity given their own headliner status at the time. These special San Francisco concert dates were particularly notable as Joplin—recently split from Big Brother and the Holding Company and yet to form the Kozmic Blues Band—was temporarily limited to calling the group "Her Band." In fine condition.