Jackson's postmaster general dispatches an agent to study the "organization, laws, regulations and customs of the Post Office" in Europe 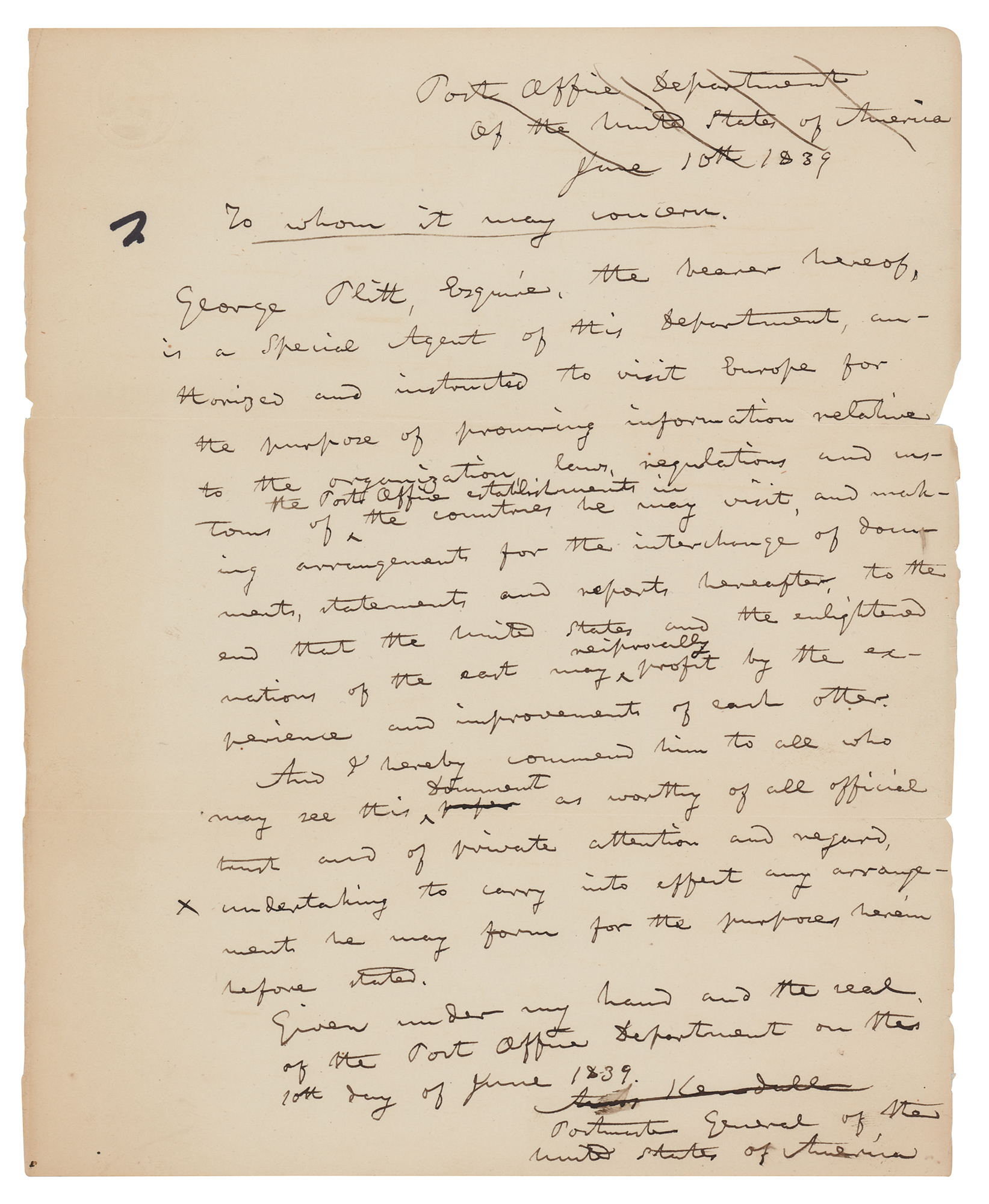 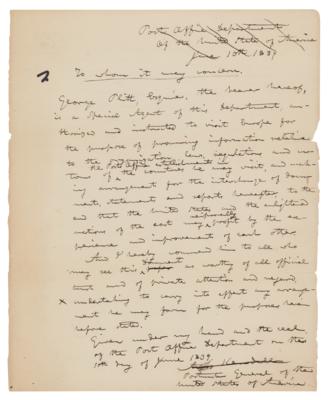 Jackson's postmaster general dispatches an agent to study the "organization, laws, regulations and customs of the Post Office" in Europe

In part: "George Plit, Esquire, the bearer hereof, is a Special Agent of this Department, authorized and instructed to visit Europe for the purpose of promising information relative to the organization, laws, regulations and customs of the Post Office establishment in the countries he may visit, and making arrangements for the interchange of documents, statements and reports hereafter, to the end that the United States and the enlightened nations of the east may profit by the experience and improvements of each other." In fine condition, with short splits to fold ends and a felt tip mark to upper left.

Kendall saw the post office as revenue generating, while Great Britain, under Rowland Hill’s model, saw the 'penny post' as having broader social implications. This letter was written about the time of the famous Tobias Watkins embezzlement trial that thrust Kendall into the spotlight of the Jacksonian drama. A unique letter of philatelic interest.