The brass of the Democratic Party of 1959—JFK, Truman, and Roosevelt 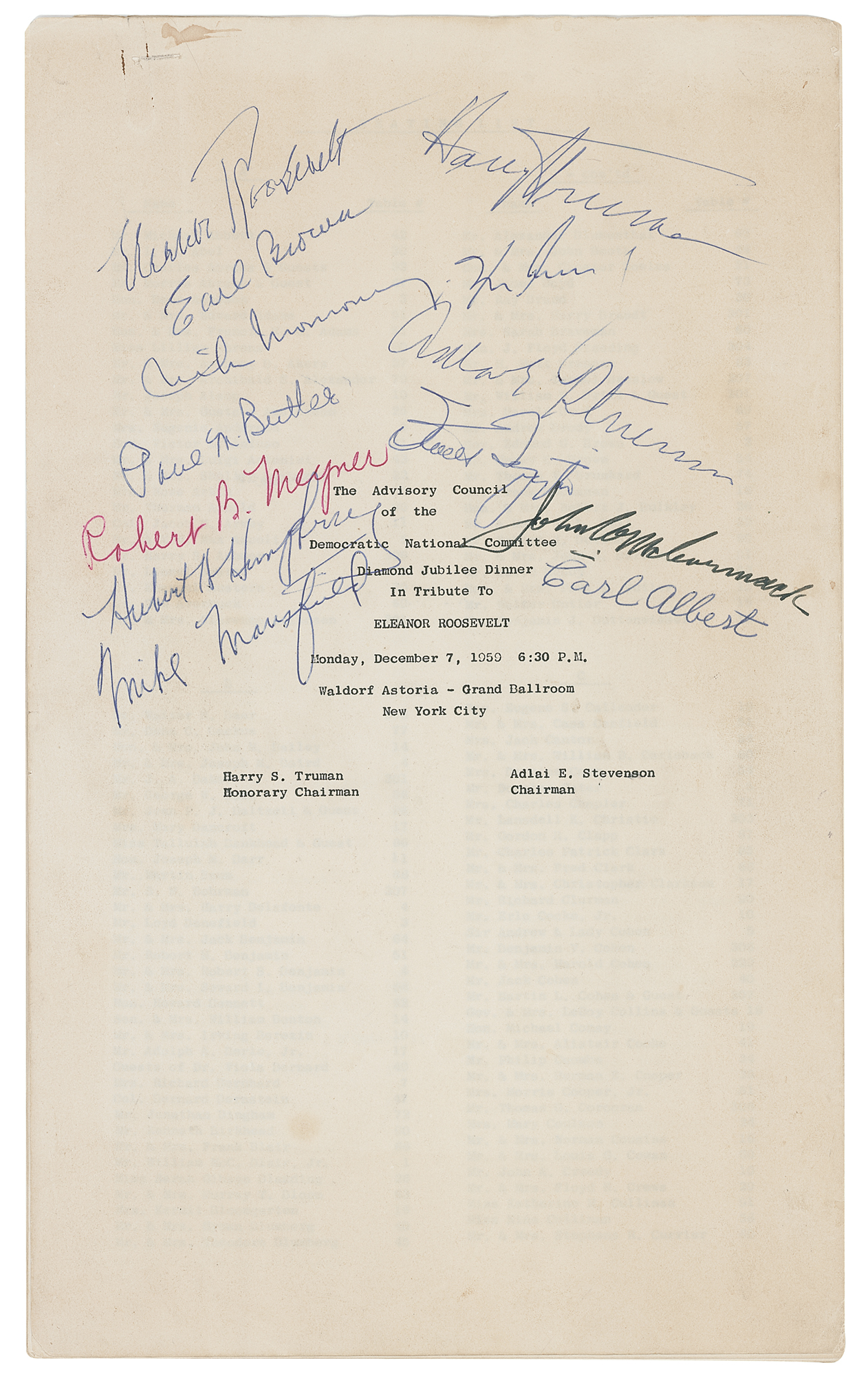 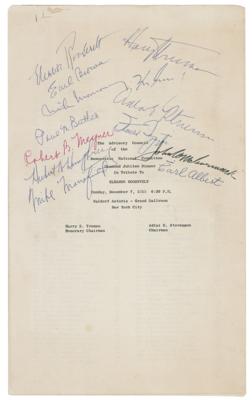 UPDATE: The program is signed by Earl Brown, not Pat Brown as originally stated.

The brass of the Democratic Party of 1959—JFK, Truman, and Roosevelt

Technically an evening feting the former first lady, an Associated Press news story instead dubbed the evening a 'beauty contest' of 1960 presidential hopefuls from the Democratic Party. Led by Truman, the night's 'honorary chairman,' the article cited Stevenson, the event's official chairman, as the leading candidate and the Democrats' best chance to secure the White House. A notable absence was Senate Majority Leader Lyndon B. Johnson, who, out of his fear of rejection, scheduled a minor event in its place—an episode detailed in Robert Caro's biography The Passage of Power: The Years of Lyndon Johnson, Vol. IV. Fascinating in historical context, the eventual winner of the 1960 election—Bay State Senator John F. Kennedy—was mentioned last after New Jersey Governor Robert Meyner. Three weeks after this event, on January 2, 1960, Kennedy announced his candidacy for the Democratic presidential nomination. A unique and marvelous ensemble of presidential possibilities.