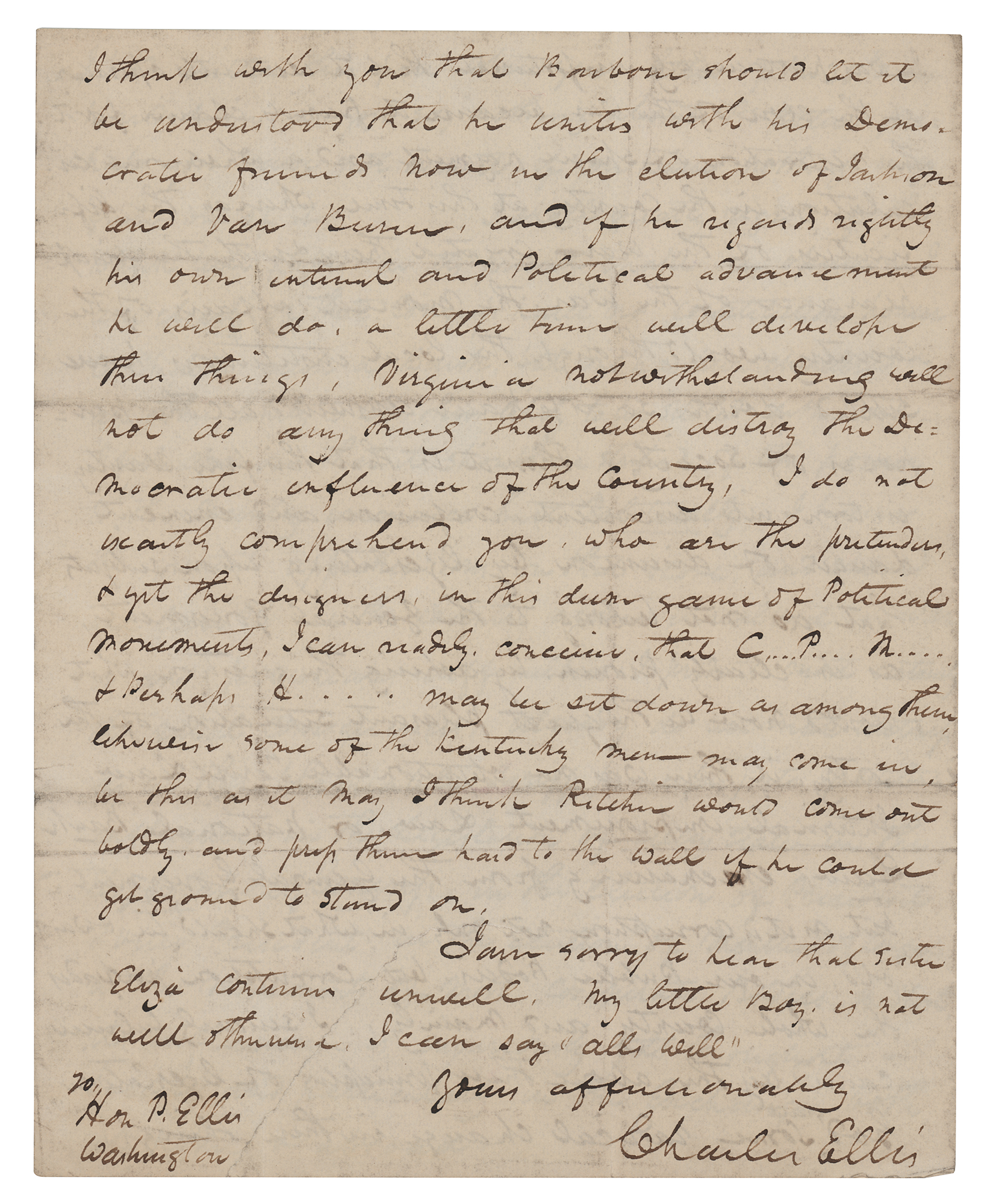 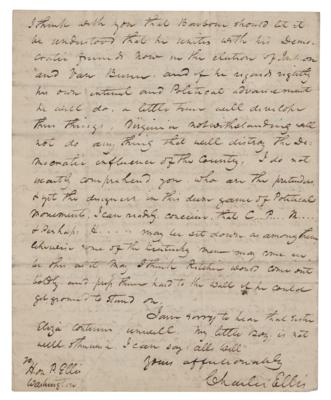 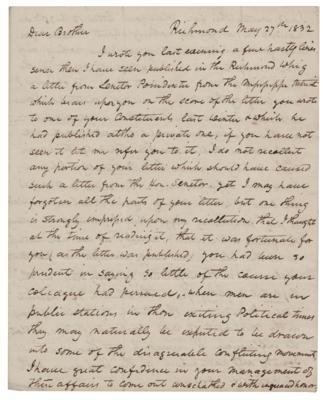 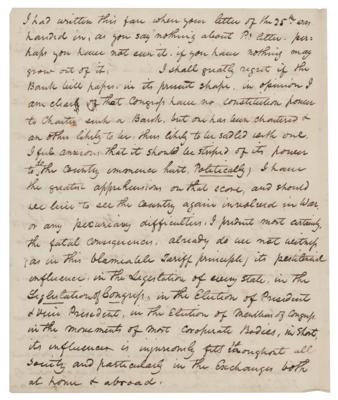 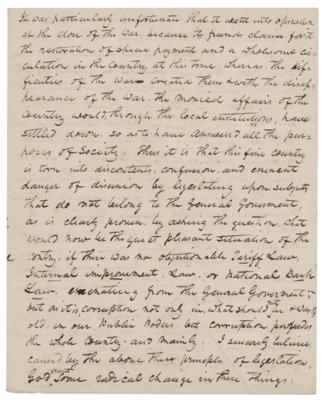 American merchant (1882-1840) whose business partner, John Allan, was the foster father of poet Edgar Allan Poe. ALS, four pages on two adjoining sheets, 8 x 9.75, May 27, 1832. Letter to his younger brother Powhatan Ellis, then representing Mississippi in the US Senate. In part: "I shall greatly regret if the Bank bill passes, in its present shape, in opinion I am clear that Congress have no constitution power to charter such a Bank, but one has been chartered & another likely to be, thus likely to be sadled with one. I feel anxious that it should be striped of its power to do the country commerce hurt, Politically, I have the greatest apprehensions on that score, and should we live to see the country again involved in War or any pecuniary difficulties. I predict most certainly the fatal consequences, already do we not witness as in this blamable Tariff principle, its pestilential influence, in the Legislation of every state, in the Legislation of Congress, in the Election of President & Vice President, in the Election of Members of Congress, in the movements of more coroperate bodies, in short, its influences is injuriously fits throughout all society and particularly in the Exchanges both at home & abroad. It was particularly unfortunate that it went into operation at the close of the War because its friends claim for it the restoration of specie payment and a wholesome circulation in the country at this time…Thus it is that this fine country is torn into discontents, confusion, and eminent danger of disunion by legislating upon subjects that do not belong to the General Government…God grant some radical change in these things." In fine condition, with a clean tear to the bottom of the second page.

The "Bank" in question was the Bank of the United States. The First Bank, originally championed by Secretary of the Treasury Alexander Hamilton, was launched to stabilize the new nation’s economy, standardize its financial practices, establish a currency, and build its credit in the world. Thomas Jefferson and other early Democratic partisans opposed the Bank as unconstitutional. Charles Ellis was taking up this mantle forty-one years later, when the Bank renewal issue was raised during the 1832 presidential election. The First Bank's successor, the Second Bank of the United States, operated between 1816 and 1836.