"Love and happiness to you forever, your ‘son,’ Jimi Hendrix"—inscribed to the mother of Noel Redding in 1968 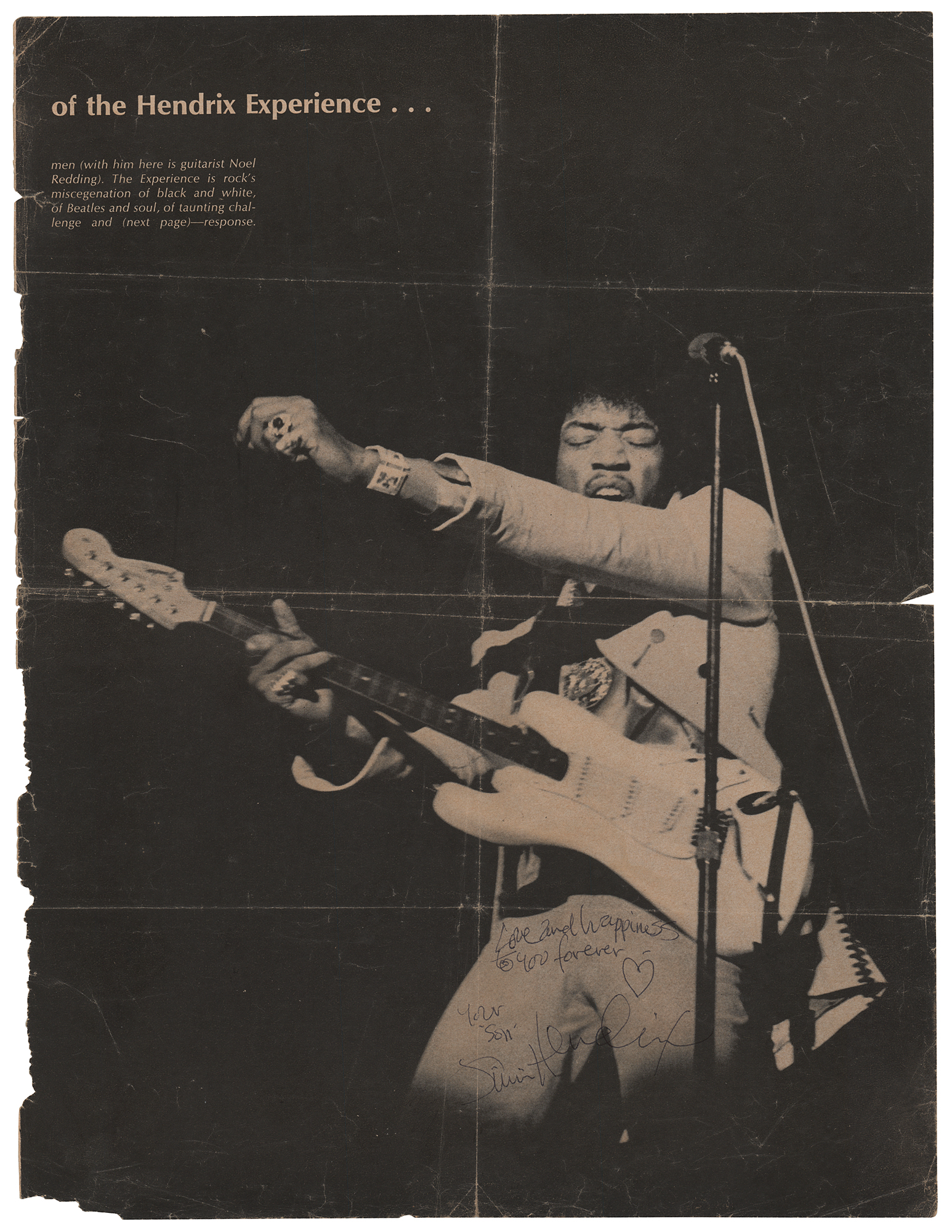 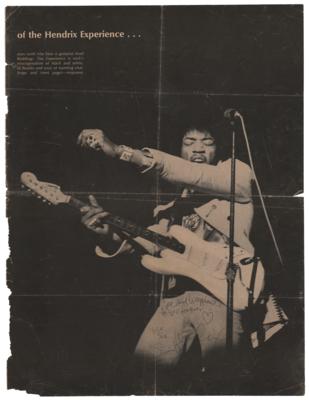 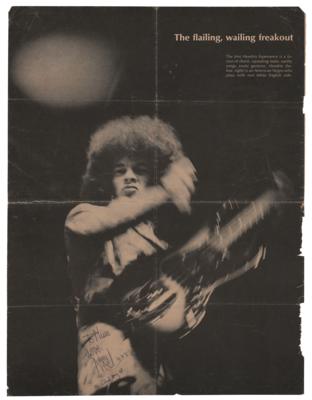 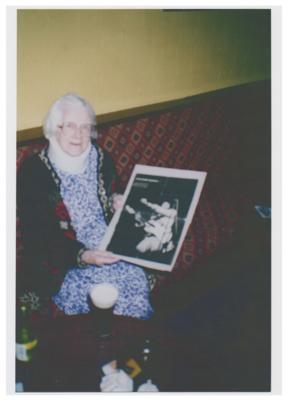 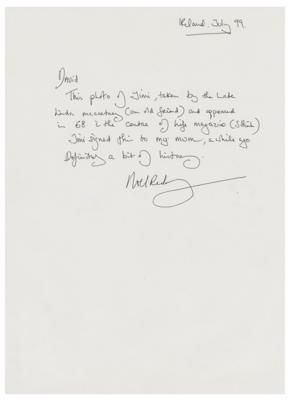 "Love and happiness to you forever, your ‘son,’ Jimi Hendrix"—inscribed to the mother of Noel Redding in 1968

Amazing pair of 10.5 x 13.75 pages removed from the June 1968 issue of Life magazine, which depicts Noel Redding on the left and Jimi Hendrix on the right during a raucous live performance, with the header reading: “The flailing, wailing freakout of the Hendrix Experience…” Hendrix has signed and inscribed over his pants in black ballpoint to Margaret Redding, the mother of his bass player: “Love and happiness to you forever, your ‘son,’ Jimi Hendrix,” who adds a heart sign; Redding has also signed and inscribed his page to his mother in black ballpoint: “To Mum, love, Noel, xxx, 22nd Aug 68.” These images, which were used as the magazine’s centerfold, were photographed by Linda McCartney (nee Eastman). In very good to fine condition, with intersecting folds (a partial separation to left center fold on Redding page), and light overall creasing.

Accompanied by a copy of a photo showing Margaret holding the Hendrix page, a certificate of authenticity from Tracks, as well as by letters of provenance from Margaret, David Brewis, who she sold the pages to, and by Noel Redding, who has written his letter in his own hand: “This photo of Jimi, taken by the late Linda McCartney (an old friend) and appeared in 68 in the center of Life magazine (I think), Jimi signed this to my mum, a while ago. Definitely a bit of history.”

Brewis’s letter, in part: “In July 1999 I was visiting Noel Redding at his home…I was there buying several musical instruments and some personal effects from Noel, and once we had concluded our business, I sat down with Noel and his mother, Margaret, for some tea. Margaret was telling some stories about Jimi Hendrix, including that Jimi would jokingly refer to her as his ‘mother,’ as she would feed him and do his laundry, etc. when he stayed at her home. She told me the Jimi Hendrix song ‘Fire’ was about the fireplace in her house that warmed Jimi up in the winter of 1966. Margaret then told me that she had Jimi’s autograph, and that he had sent it to her from the US in 1968, and she asked if I was interested in buying it…I agreed to buy the pages…and she wrote a letter to accompany them…Noel also offered to write a letter confirming the authenticity.”

In his 1996 autobiography, Are You Experienced? The Inside Story of The Jimi Hendrix Experience, Noel Redding described how he enjoyed sharing his family with Hendrix. The first time he invited the guitarist back to his mother’s house in Kent was just after midnight on New Year’s Day 1967. It was a cold, wet night and the band had just finished a New Year’s Eve show in Folkestone before racing back to Redding’s family home. Eager to warm himself up, Hendrix spent much of the evening next to the fire that Margaret had prepared. Redding recalled: ‘Mum always felt that the words to 'Fire' came from that night.’ Margaret and Hendrix grew to be very fond of each other, with Redding noting that ‘Mum loved Jimi’s reserved, polite and shy manner. And Jimi took to Mum, later signing a photo for her with ‘From Your Son, Jimi.’’