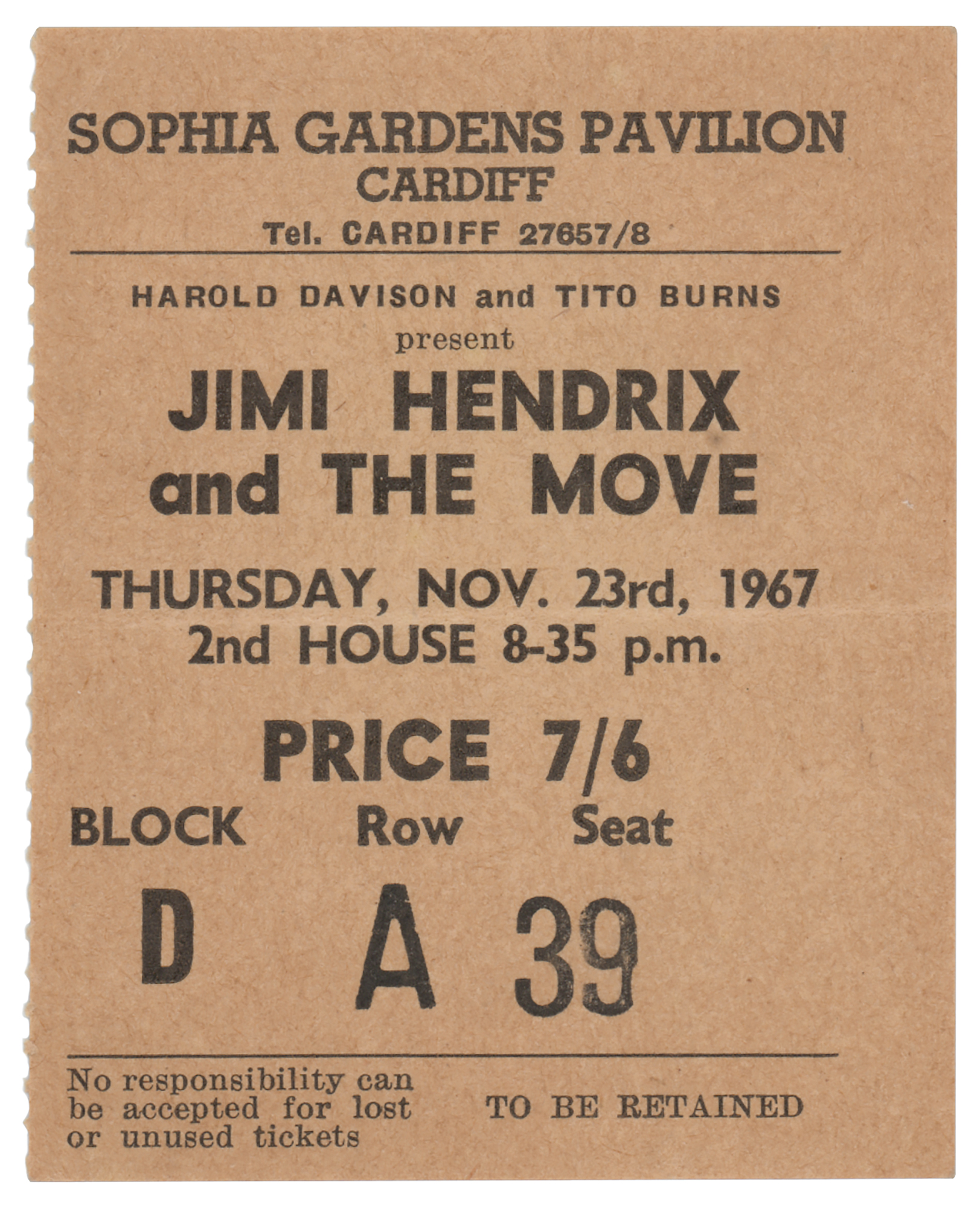 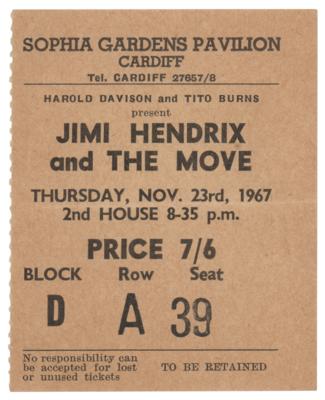 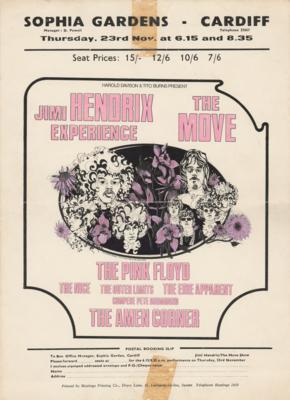 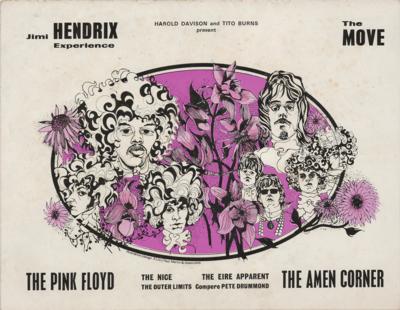 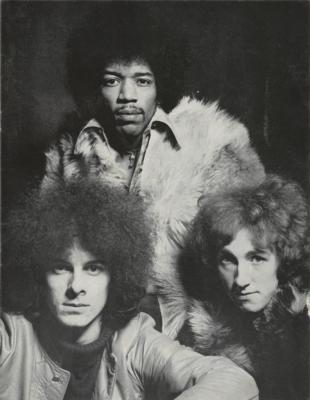 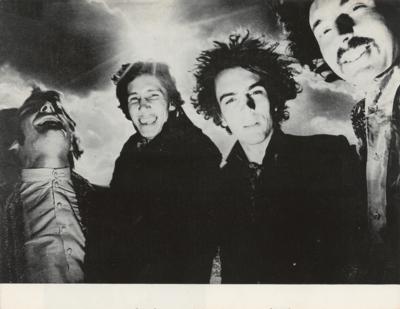 Desirable grouping of three items related to a Jimi Hendrix Experience and Pink Floyd concert at Sophia Gardens in Cardiff, Wales, on November 23, 1967, as part of their historic United Kingdom Fall Tour. The lot includes: an original 2.75 x 3.25 ticket stub for “Jimi Hendix and The Move,” issued for Block D, Row A, and Seat 39; the original color 7.25 x 10 handbill for the show, which lists Jimi Hendrix Experience, Pink Floyd, The Move, The Amen Corner, The Nice, The Eire Apparent, The Outer Limits, and Pete Drummond as compere; and the original program for the 1967 United Kingdom Fall Tour, published by the Hastings Printing Co., 12 pages, 10.25 x 8, with front cover featuring psychedelic artwork by Anthony Litri and Paul Martin, and the program including images and biographies of the tour's scheduled performers. In overall very good to fine condition, with creasing, two tape stains, and a central horizontal fold to the handbill. Accompanied by a certificate of authenticity from Tracks.

The 16-date UK package tour kicked off on November 14, 1967, and consisted of a total of 31 shows in 16 cities, with each act playing two shows a night; at each gig, the headlining Experience were allotted exactly 40 minutes, The Move a half an hour, and Pink Floyd were given between 15 and 20 minutes. At this juncture, Hendrix was well on his way to becoming a major star: his first three singles, ‘Hey Joe,' ‘Purple Haze,' and ‘The Wind Cries Mary,' had all been top ten hits, and his debut album, released in May of that year, sat in the top 20 for 33 weeks. Pink Floyd had also seen chart action with both ‘Arnold Layne’ and ‘See Emily Play’ reaching the top 20; The Move had three top ten hits including ‘Flowers in the Rain,’ and Amen Corner were just about to score what would become their biggest hit to date with ‘Bend Me, Shape Me.'