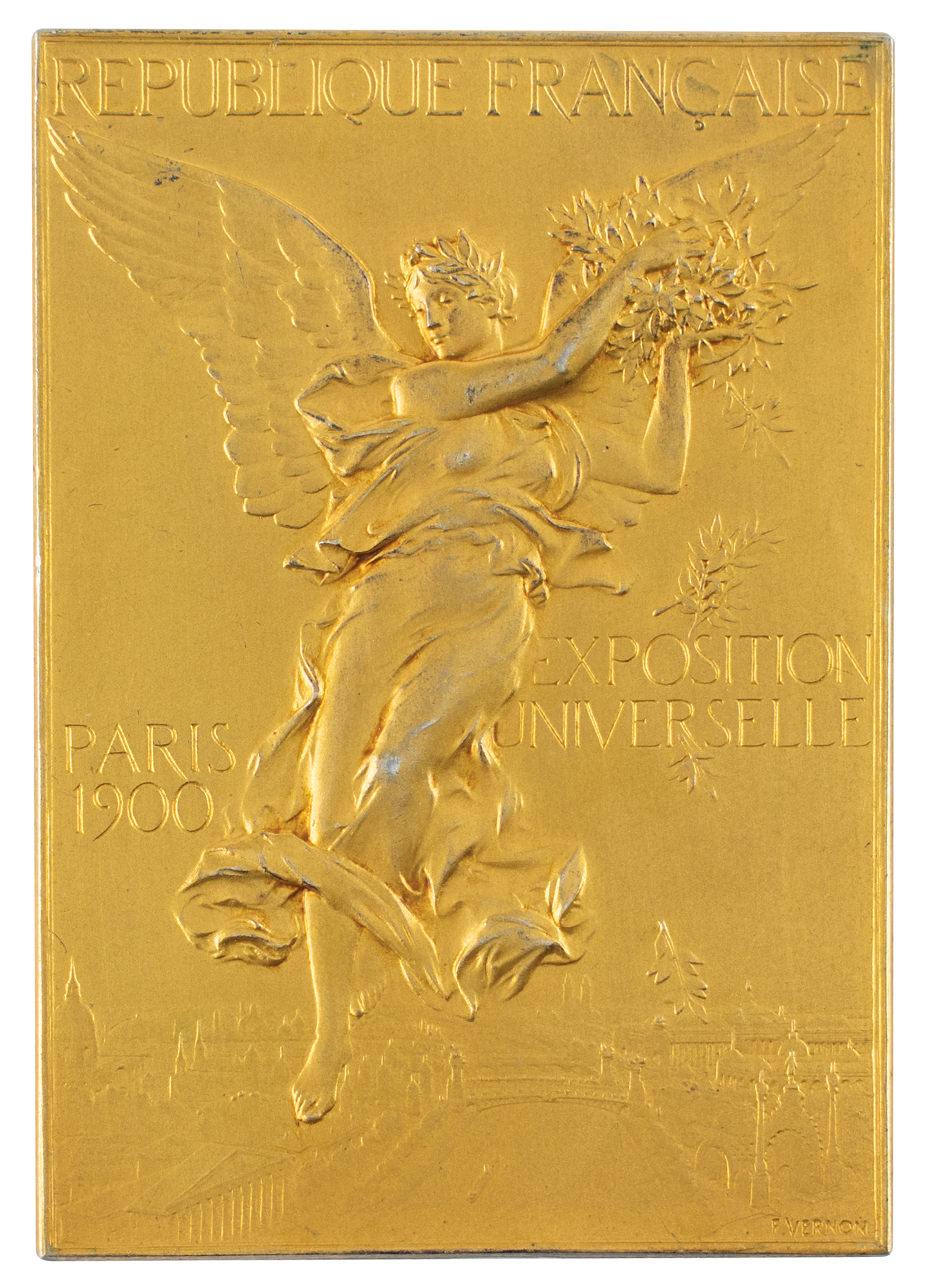 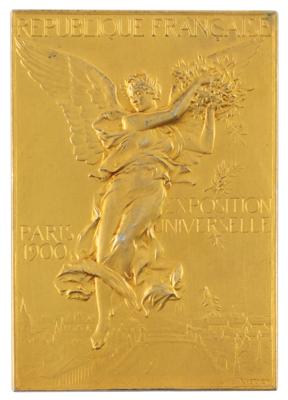 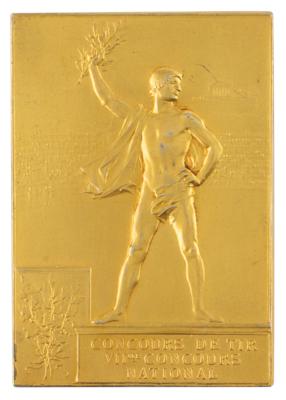 Beautiful winner’s medal issued for the Paris 1900 Olympics. Gilt silver, 57 gm, 42 mm x 60 mm, by Frederic Vernon, Paris. The front, inscribed “Republique Francaise, Exposition Universelle, Paris 1900,” features a winged goddess scattering laurels over the grounds of the Exposition; the reverse identifies the sport as shooting, “Concours de Tir, VIIme Concours National,” and depicts a victorious athlete upon a podium with a stadium and the Acropolis in the background. Stamped “Argent” on the bottom edge, which bears slight fading to gilt.

Held between August 3-5, at the military sporting complex in Satory and at Boulogne-Billancourt, the shooting events of the Parisian Games consisted of nine events that were recognized by the International Olympic Committee, and several that were not. Winner’s medals were shared between six different nations, with Switzerland earning the most with seven, a total buttressed by the precise marksmanship of Konrad Stäheli, who led the entire field with three gold medals and one bronze. An usual and highly attractive winner's medal from the second Olympiad.

Gold medals from the 1900 Olympics are extremely rare, and given that this medal derives from an actual IOC-recognized event makes it significantly more valuable than gold medals for firefighting, life saving, ballooning, motor boating, or some of the other unofficial sporting events. Additionally, not every sport awarded gold medals to the winners; in some instances, placing first meant you received a silver medal. A highly attractive winner's medal from the second Olympiad, made all the more desirable by its very limited availability.