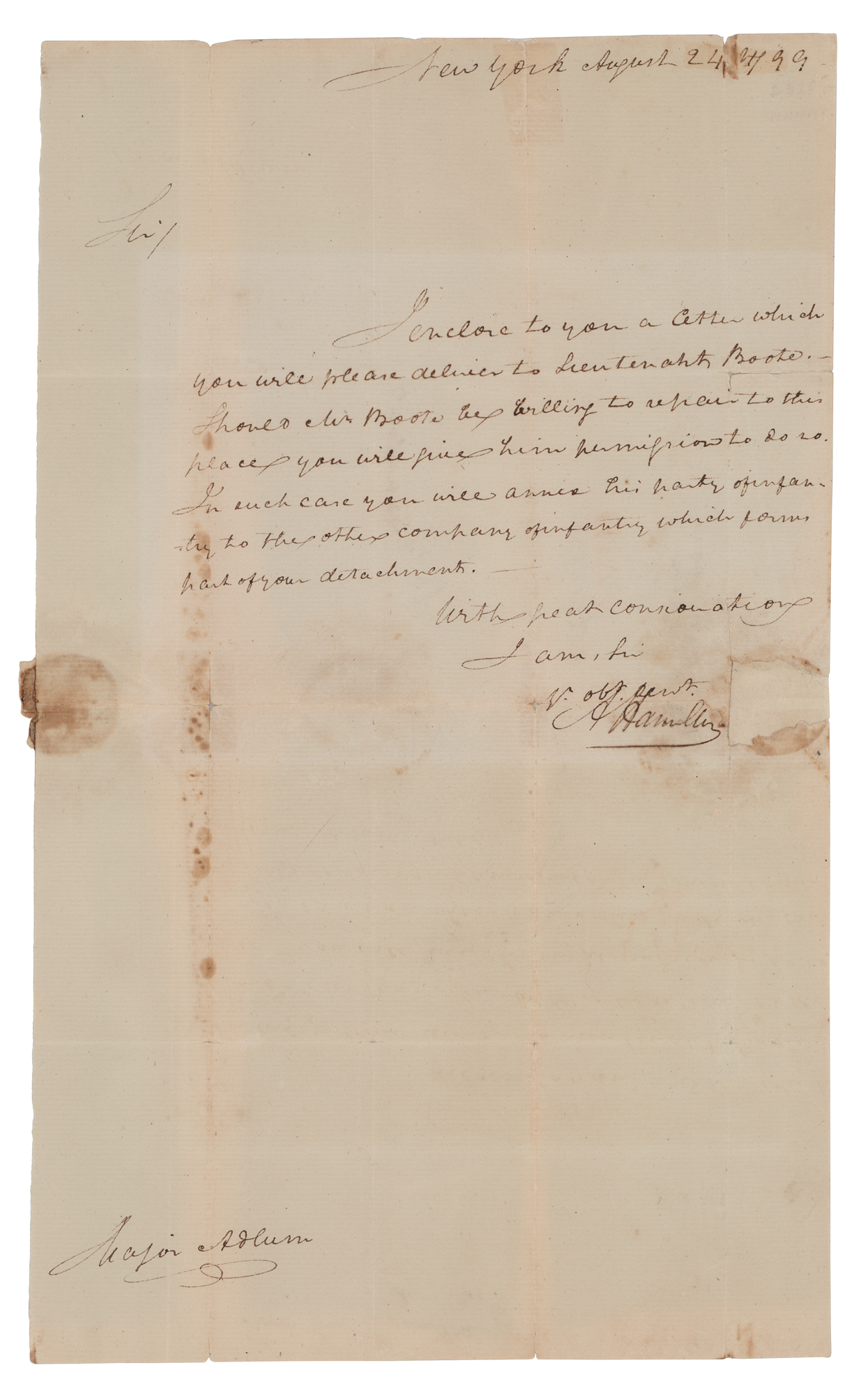 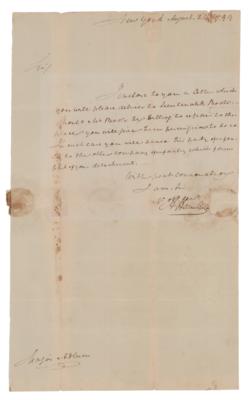 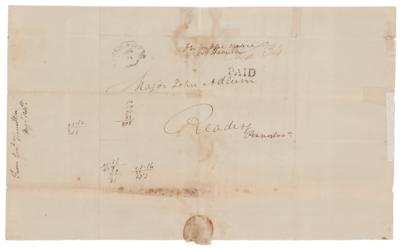 LS signed “A. Hamilton,” one page, 7.75 x 13, August 24, 1799. Letter to Major John Adlum in Reading, Pennsylvania, in full: "I enclose to you a letter which you will please deliver to Lieutenant Boote. Should Mr. Boote be willing to repair to this place, you will give him permission to do so. In such case you will annex his party of infantry to the other company of infantry which forms part of your detachment." Addressed on the reverse in another hand, and franked in the upper right by Hamilton, "On public service, A. Hamilton." In very good to fine condition, with slightly irregular light toning, small repairs to fold intersections, and a restored area of paper loss to the right of the signature.

In addition to distinguished service during the American Revolution and as a major in the 11th Regiment of Infantry of the Provisional Army, the recipient of this letter, John Adlum, was a pioneering viticulturist known for his cultivation of the Catawba grape. Hamilton, following his important and influential term as Secretary of the Treasury in Washington's administration, returned to the US Army in 1798 as a major general. When Washington died on December 14, 1799, Hamilton assumed command of the Army as its senior officer. As a twice-signed military order from a historic early American period, this Hamilton letter is of the utmost desirability.