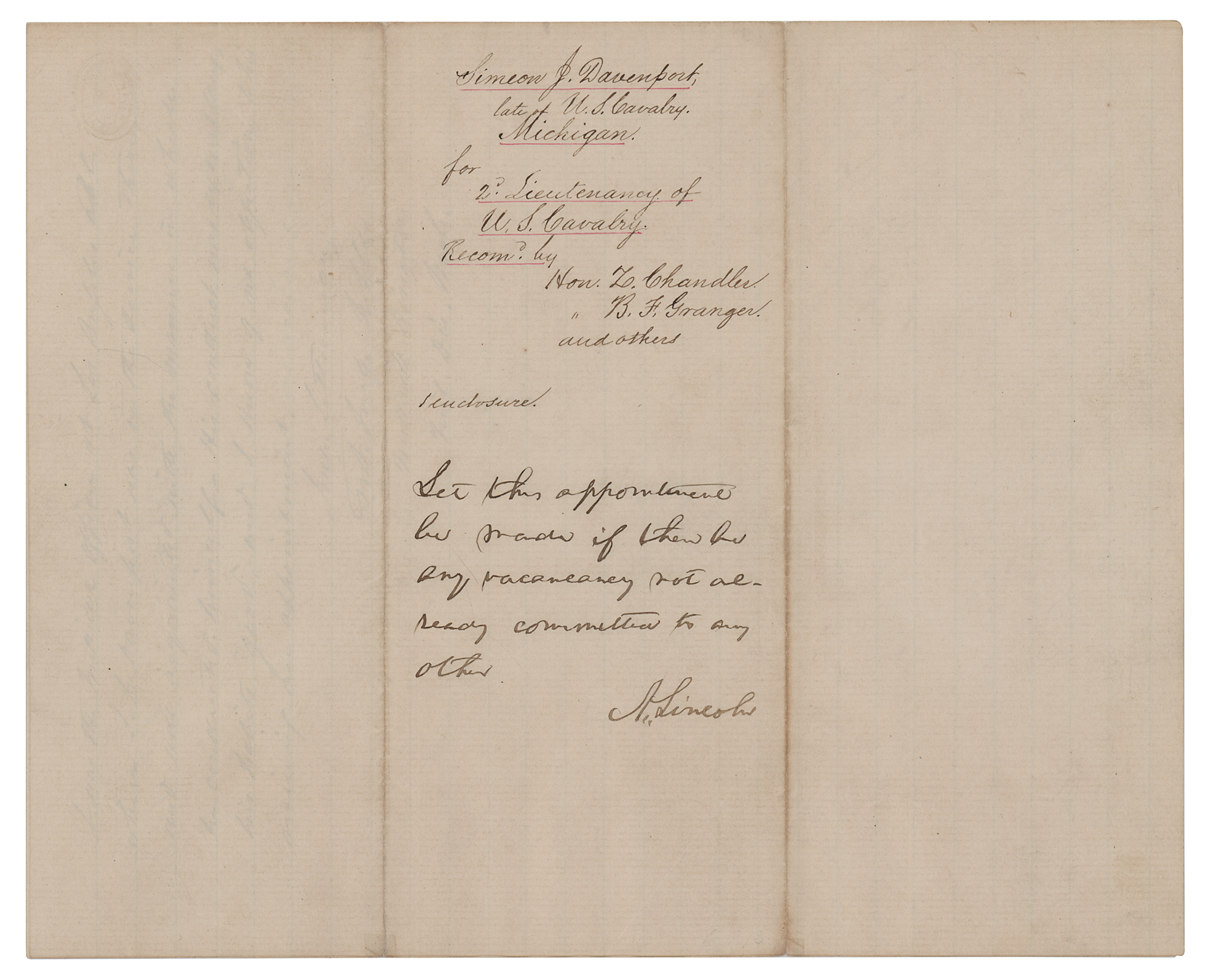 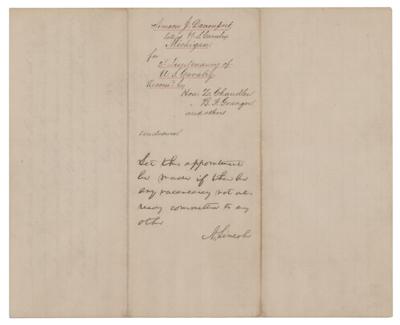 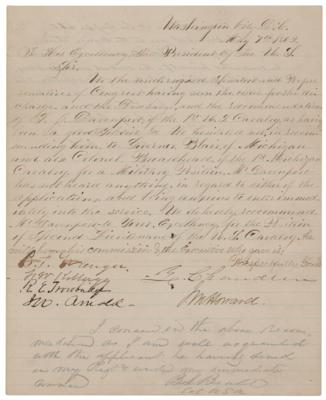 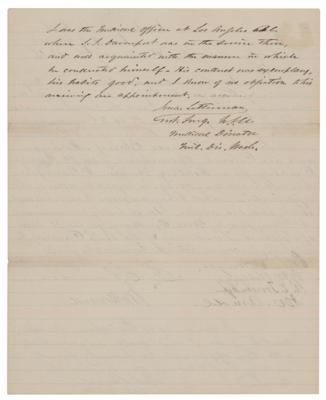 Superlative Civil War-dated autograph endorsement as president, signed "A. Lincoln," penned on the reverse of a letter written to him by members of the 38th Congress, one page, 7.75 x 9.75, May 7, 1862. The letter, recommending Simeon J. Davenport "for the Position of Second Lieutenant of the U.S. Cavalry," is endorsed by Senators Zachariah Chandler and Jacob M. Howard, and Congressmen Bradley F. Granger, Francis W. Kellogg, Rowland E. Trowbridge, and Isaac N. Arnold; it boasts further handwritten endorsements by Colonel Benjamin Lloyd Beall and Assistant Surgeon Jonathan Letterman. On the reverse, President Lincoln writes: "Let this appointment be made if there be any vacancy not already committed to any other." In fine condition, with professional reinforcements to folds.

In addition to the obvious desirability of Lincoln's clear, legible endorsement as president, the other important signers of this document add to its significance. Of particular note are Chandler, a supporter of the Underground Railroad, vocal advocate for the abolition of slavery, and later Secretary of the Interior under Grant; Arnold, who, in 1864, introduced the first resolution in Congress proposing a constitutional amendment to abolish slavery, and later wrote a biography of Lincoln; and Letterman, who is credited as the originator of modern methods of battlefield medical management. A spectacular Civil War-era piece.