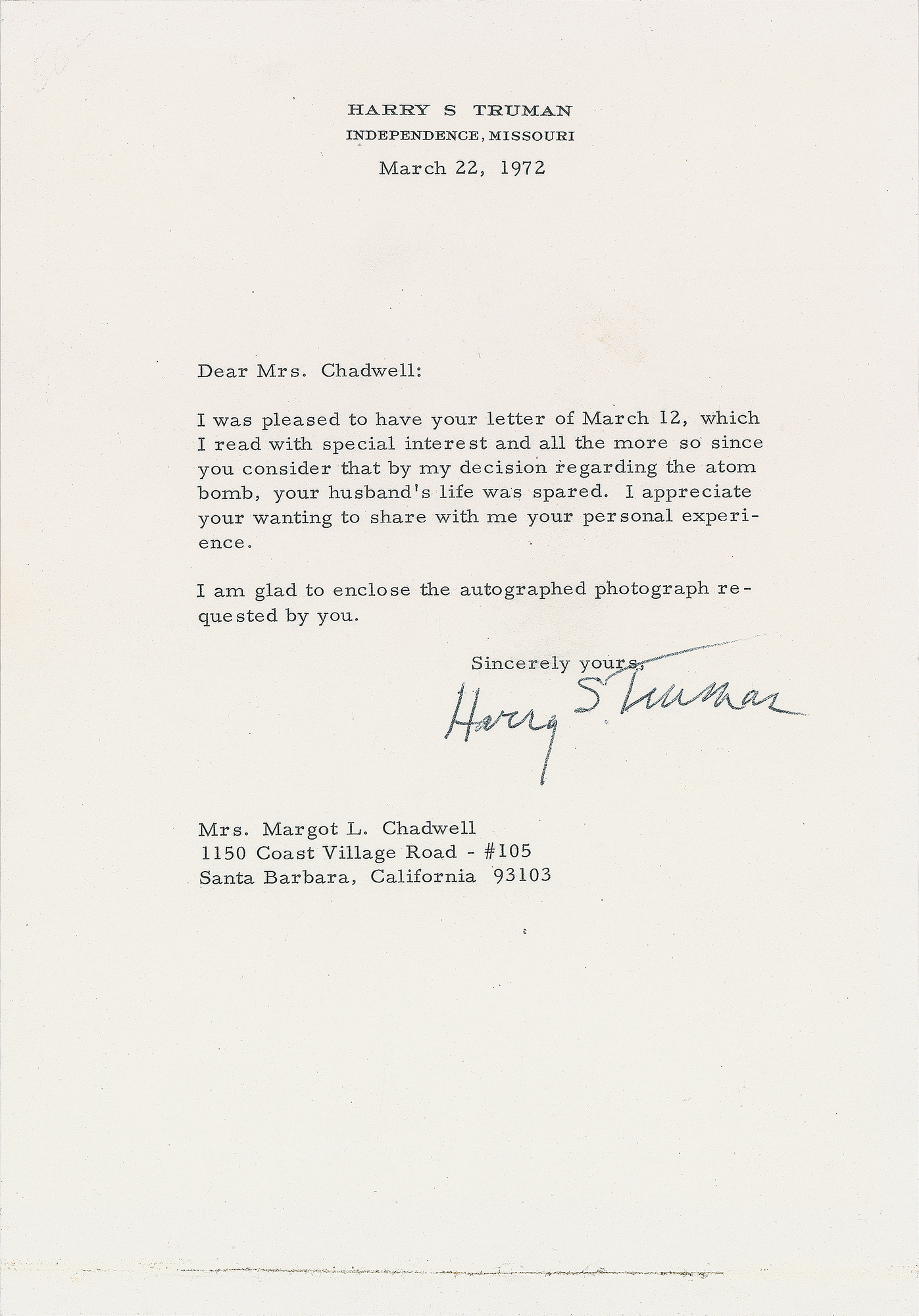 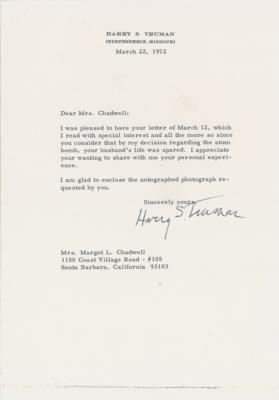 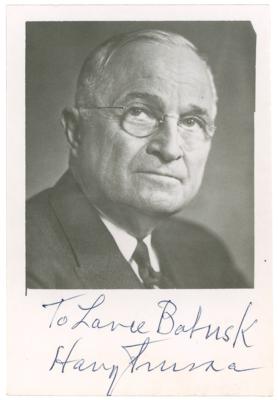 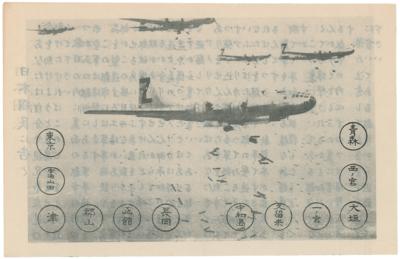 Previous Lot
Next Lot
Login or Register To Bid Add to BidTracker
Estimate: $7500+

Two signed items, including: a historically significant TLS, one page, 7.25 x 10.5, March 22, 1972, to Mrs. Margot L. Chadwell, in part: "I was pleased to have your letter of March 12, which I read with special interest and all the more so since you consider that by my decision regarding the atom bomb, your husband's life was spared. I appreciate your wanting to share with me your personal experience." Second, a matte-finish 3.5 x 5 head-and-shoulders portrait, signed and inscribed in the lower border in ballpoint, "To Lance Balusk, Harry Truman." Also includes an official double-sided USAAF leaflet in Japanese, 8.5 x 5.5, warning the residents of eleven cities, including Hiroshima and Nagasaki, to flee before the arrival of American bombers. The message reads, in part (translated): "Bombs have no eyes…heed this warning and evacuate these cities immediately." In overall fine condition.

The husband of this letter's recipient was Lieutenant Colonel George T. Chadwell, who served in the Pacific with the 19th Bombardment Group during World War II and conducted daylight raids against strategic objectives on the Japanese home islands, bombing targets in Tokyo, Nagoya, Kobe, and Osaka. The decision to drop the two atomic bombs on Japan remains one of the most controversial in American history, and was justified by Truman for saving countless American lives that may have otherwise been lost during a military invasion. Only a handful of known Truman letters have content pertaining to the bombing of Hiroshima and Nagasaki, and this is possibly the only letter in private hands in which he mentions the atom bomb saving American lives.