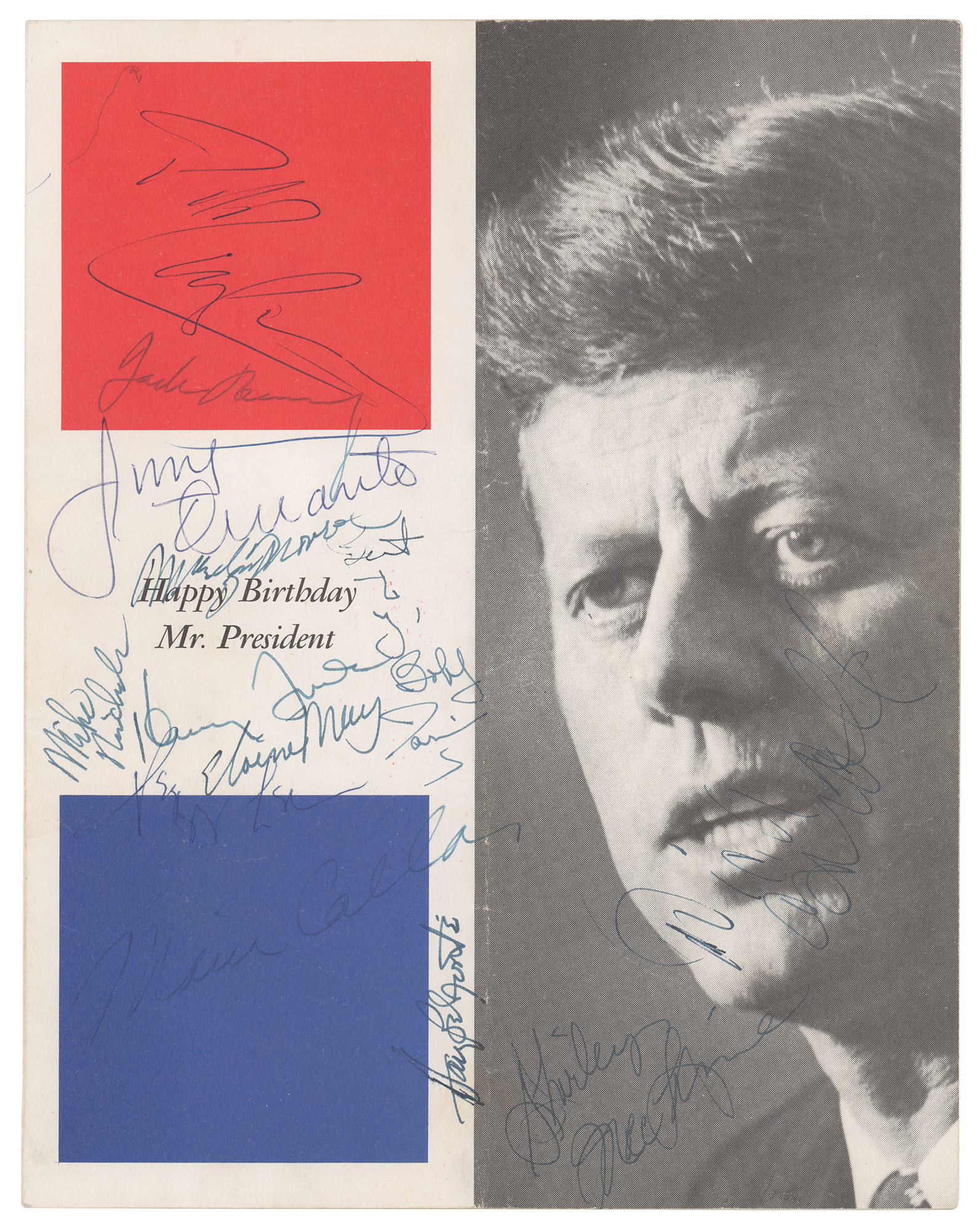 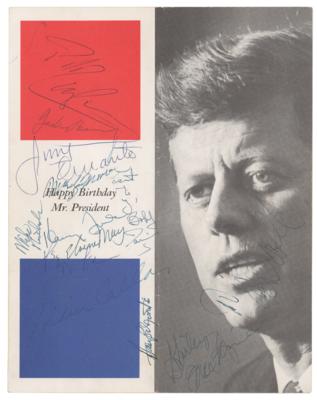 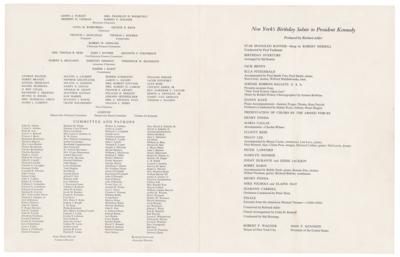 The signatures on this program were obtained by Frank Lauer, who went to the event as the 'camera bag-carrier' for a friend who freelanced for the New Brunswick newspaper The Home News. Issued a press pass, Lauer had free rein of Madison Square Garden and its backstage/basement. He was stuck by the lack of security—the president walked right past him, the celebrity guests were milling about, and he was able to stand there in the hallway, with program in hand, and have all these attendees to sign it. He is also seen in the backgrounds of many of the photographs his friend took that day. Lauer was particularly taken by Monroe and her incredibly striking, practically see-through dress—she had to be sewn into it and she could not sit down. He later reported that she was as beautiful or more beautiful in person than she was on film, an unusual quality for a movie star.

On the evening of May 19, 1962, 17,000 people filled Madison Square Garden to celebrate the birthday of President John F. Kennedy. The star-studded gala featured appearances and musical numbers by many noted celebrities including Maria Callas, Peggy Lee, and Diahann Carroll. The song that stole the show, however, was Marilyn Monroe’s now-infamous, sultry rendition of 'Happy Birthday, Mr. President.' Wearing a dazzling, skintight dress, the spotlight was on Monroe as she delivered the breathy number to the thrilled crowd. President Kennedy was then presented with a massive birthday cake, and he humorously remarked: 'I can now retire from politics after having had Happy Birthday sung to me in such a sweet, wholesome way.' A rare memento from the historic occasion, this is just the second Monroe-signed JFK birthday program we have seen.

This item is Pre-Certified by Beckett
Buy a third-party letter of authenticity for $300.00