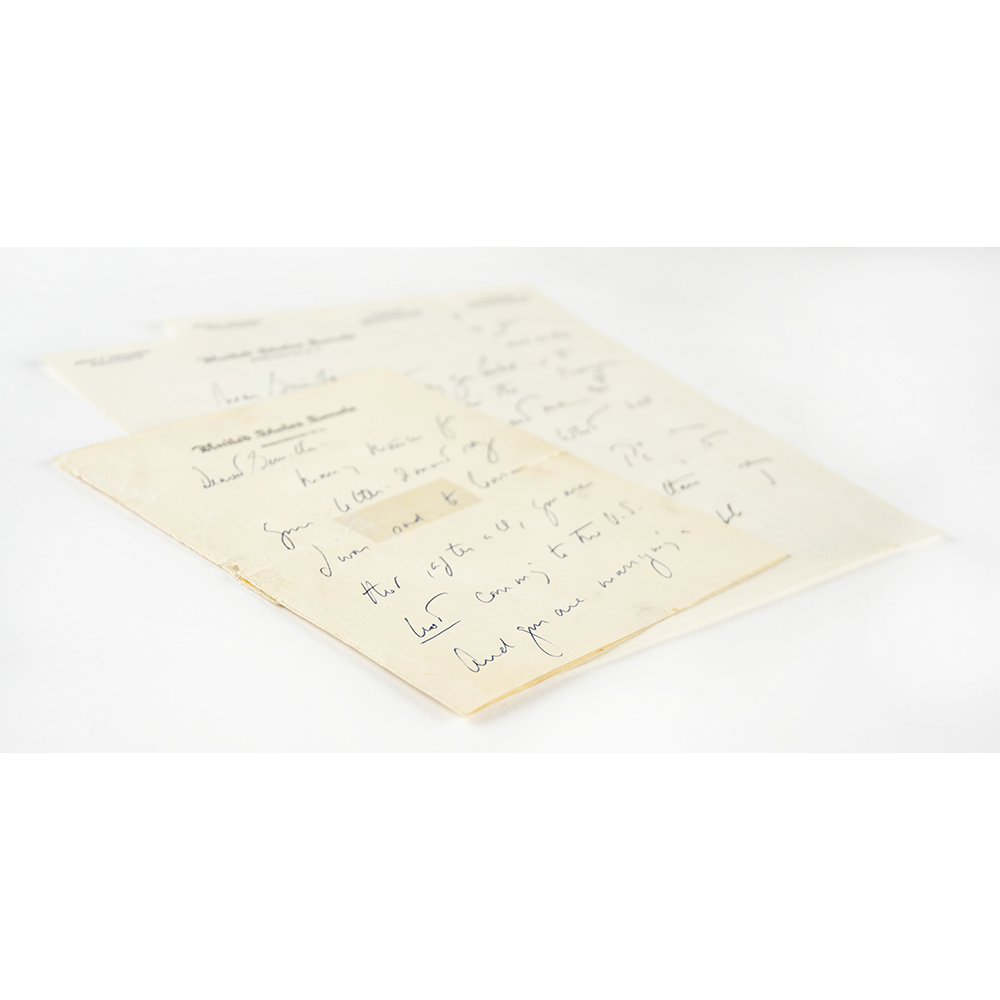 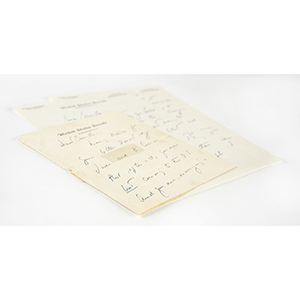 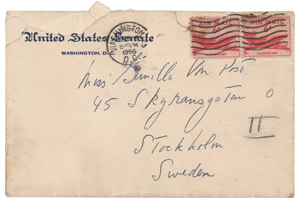 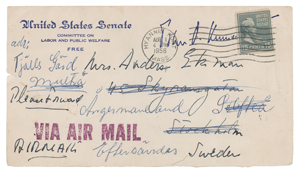 Noteworthy union of an ALS and two partial autograph letters (one signed) from John F. Kennedy during his tenure as a Massachusetts Senator, eight total pages, 5.25 x 6.75 and 6.25 x 9.25, dating to 1955 and 1956, each penned on United States Senate letterhead and addressed to Gunilla von Post, a Swedish aristocrat Kennedy had met by chance in Cannes, France in the summer of 1953, just weeks before his wedding to Jacqueline Bouvier.

Postmarked to February 1956, the full handwritten letter, features seldom-seen humor by Kennedy. He expresses regret to learn she is marrying a farmer, hopes she will visit the United States, and tells her that their summer spent together was one of the best memories of his life. Includes the original hand-addressed United States Senate envelope. This is the only Kennedy letter that we have offered that displays open affection to another woman while he was married.

In the first partial letter from circa 1955, also bearing some uncommon JFK wit, the young senator appears to make plans for a final tryst.

In the second partial letter, signed “Jack” at the conclusion, he again hopes to see her—though they may now be strangers. The lot is accompanied by a second United States Senate envelope, postmarked at Hyannis Port on August 1, 1956, and hand-addressed by Kennedy to “Mrs. Anders Ekman.” The envelope also bears a stamped Kennedy free frank. In overall very good to fine condition, with a small area of paper loss to the earlier letter, and complete separation along its folds, held together with pieces of old tape; the partial letters are fine.

As reported in detail in her heart-wrenching 1997 memoir of the relationship, Love, Jack, von Post and Kennedy, who was travelling with his trusted friend Torbert Macdonald, spent a very blissful and intimate week consummating the relationship throughout Sweden in August 1955. Their love in full bloom, over the next year von Post writes in her memoir of efforts on Kennedy's behalf to end his marriage and to bring her to the United States, all of which was thwarted by his father, his political ambitions, and Kennedy's and von Post's mutual sensitivity to the miscarriage suffered by Jacqueline in 1955 and her new pregnancy in 1956.

Gunilla von Post and John Kennedy would see each other only one other time, this by chance at a gala at the Waldorf Astoria in 1958 while von Post was pregnant with her first child. Her husband died while piloting a plane in 1960 and Kennedy was assassinated in November 1963; von Post remarried and lived the rest of her life in Florida and, as noted, published her memoir in 1997. This offered group of letters was found among her possessions after her death in 2011 and originates from her estate.

RR Auction does not claim ownership of copyright therein, and is not sure who, if anyone, would own those copyrights. RR Auction is in possession of the actual tangible items on consignment from the rightful owner thereof.