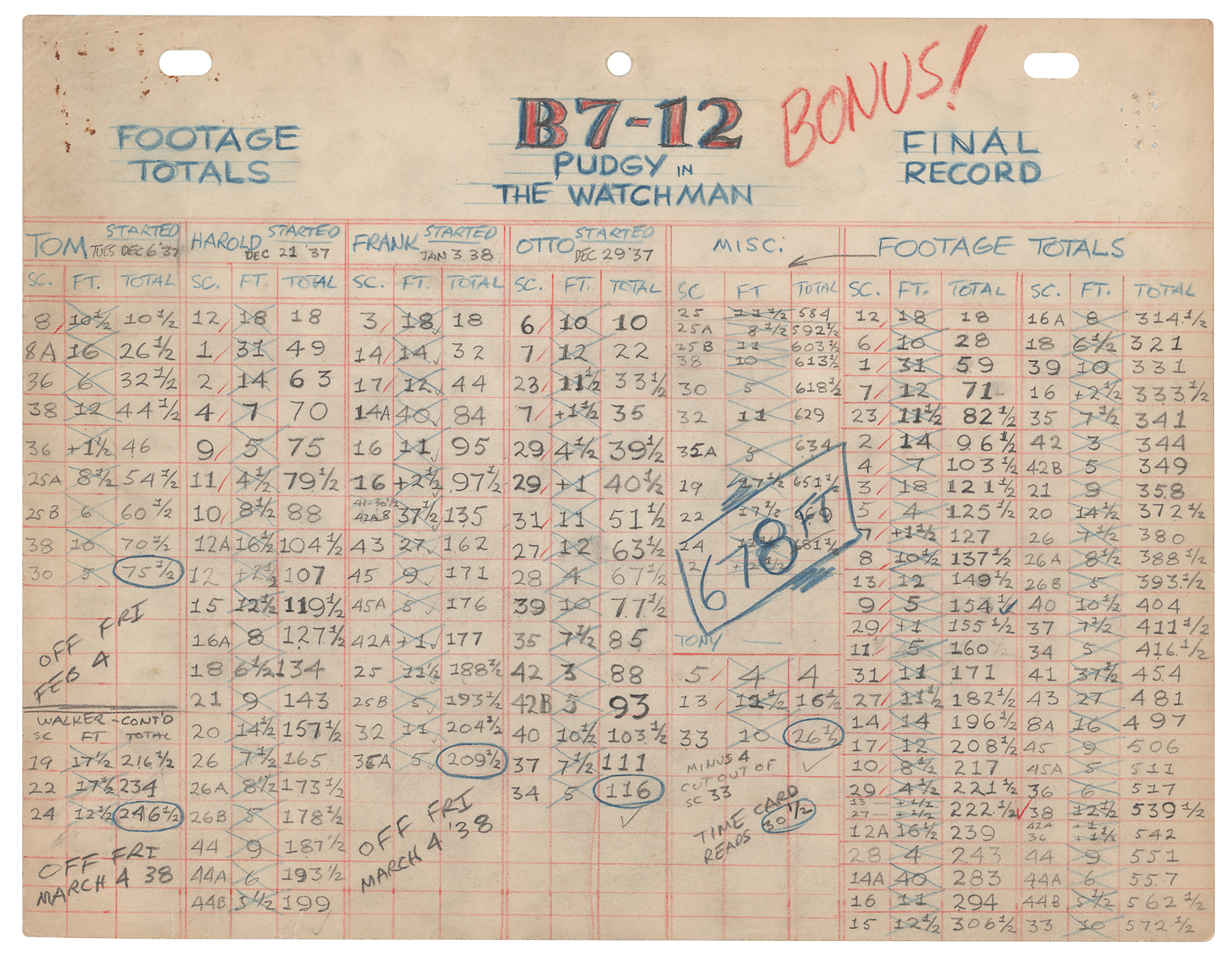 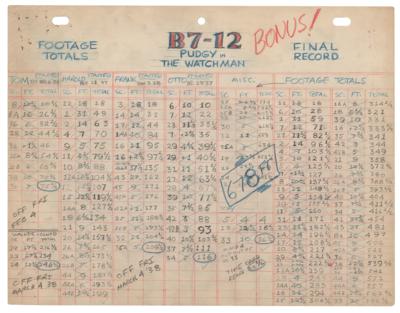 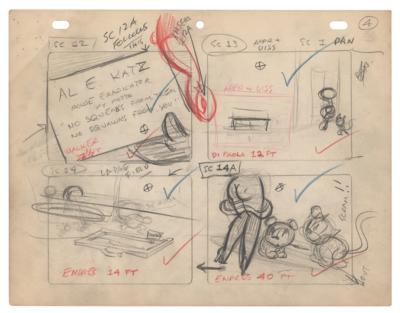 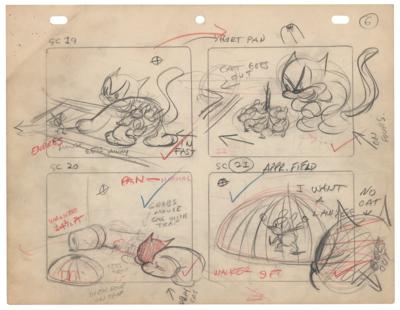 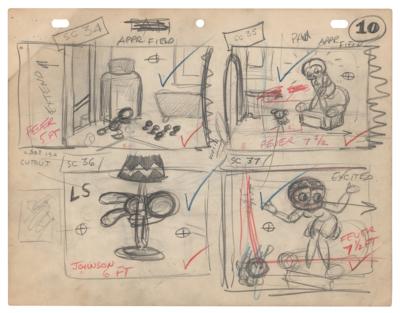 (Fleischer Studios, 1938) Original complete 14-page hand-drawn storyboard for the Betty Boop and Pudgy the Watchman short film Pudgy the Watchman, which was released on August 12, 1938. The storyboard contains 14 pages and a total of 49 drawings, with the majority bearing scene notes and directions. Each storyboard page is accomplished in graphite and colored pencil on untrimmed 11 x 8.5 animation paper; the lone exception being the opening or title page, “BY-12, in Pudgy the Watchman,” with upper border marked “Footage Totals,” “Final Record,” and “Bonus!” The sheet lists the first names of the five cartoonists—“Tom,” “Harold,” “Frank,” “Otto,” and “Tony”—their starting dates, their scenes, and the footage totals. In overall fine condition, with some small tears and scattered creases, and tack holes to the upper corner of each page.

In this episode, Betty Boop hires a feline professional ‘Mouse Eradicator’ by the name of Mr. Al E. Katz to solve her rodent problem because her dog, Pudgy, isn't making the cut. After initial successes, Mr. Al E. Katz drinks too much cider, gets drunk on the job, and begins to cause more problems than he fixes. Summoning his inner Pied Piper, Pudgy lures the mice away and throws Katz out the window.