Two months before Hancock, as architect of the Massachusetts Compromise, advocates that the Constitution be unconditionally ratified 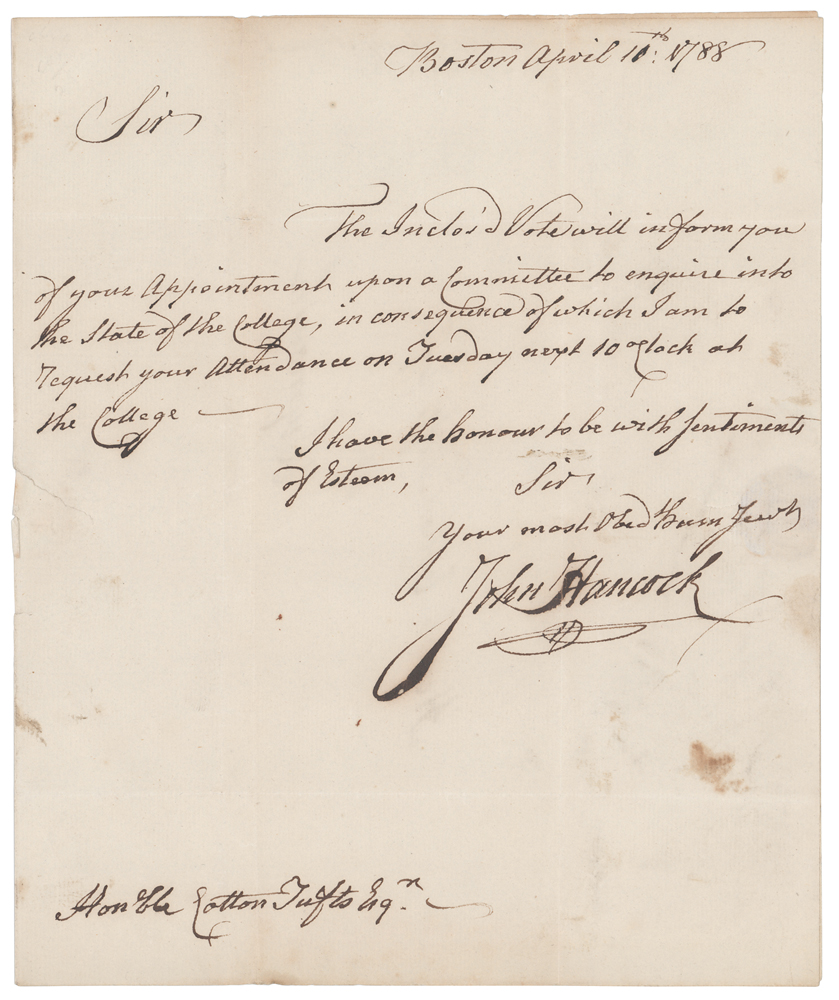 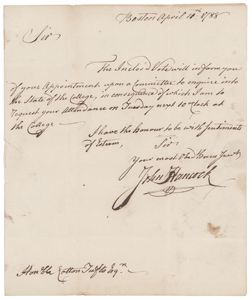 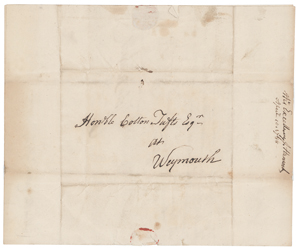 Two months before Hancock, as architect of the Massachusetts Compromise, advocates that the Constitution be unconditionally ratified

Boldly signed ALS as governor of Massachusetts, one page, 7.25 x 8.75, April 10, 1788. Handwritten letter to physician Cotton Tufts, in full: "The Inclos'd Vote will inform you of your Appointment upon a Committee to enquire into the State of the College, in consequence of which I am to request your Attendance on Tuesday next 10 o'clock at the College. I have the honour to be with sentiments of esteem." In very good to fine condition, with small stains, a tear to the left edge, and a small seal-related hole to the closing.

On January 9, 1788, three months before writing this letter, Hancock was elected president of the Massachusetts Ratifying Convention. However, due to a recurring case of gout, he was unable to attend the debates for several weeks until January 30, when he was physically carried into the proceedings wrapped in flannel, Hancock’s mere presence a great delight to the spectators. The following day, from a speech prepared by the Federalist caucus, Hancock advocated that the Constitution be unconditionally ratified with nine recommendatory amendments, a decision known as the Massachusetts Compromise.

When voting closed on February 6th, the delegates had accepted the report by a vote of 187 to 168, thereby ratifying the Constitution. Among those in attendance who voted affirmatively was Cotton Tufts. An important Massachusetts figure in the medical and scientific fields, Tufts also participated in local politics: he represented Weymouth in meetings against the Stamp Act, served as president of the Massachusetts Medical Society, and was one of the charter members of the American Academy of Arts and Sciences.